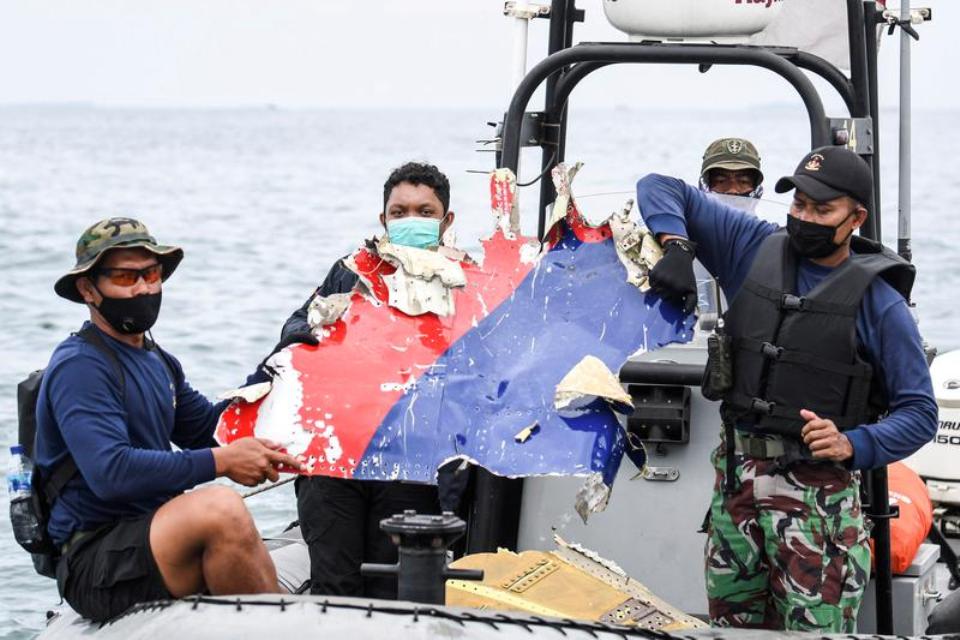 JAKARTA, Jan 11: Indonesian divers on Monday will try to retrieve the data recorders of a Sriwijaya Air jet that plunged into the sea two days ago with 62 people on board minutes after take off from Jakarta’s main airport.

In a sign of the fading chance of finding survivors, the head of the search operation also said that there would be a focus on finding the bodies of victims.

The Boeing 737-500 jet was headed on a domestic flight to Pontianak on Borneo island, about 740 km (460 miles) from Jakarta, before it disappeared from radar screens four minutes after take-off and crashed into the Java sea.

The incident is the first major air crash in Indonesia since 189 passengers and crew were killed in 2018 when a Lion Air Boeing 737 MAX in 2018 also plunged into the Java Sea soon after take-off from Soekarno-Hatta International Airport.

“Anything that we can retrieve, debris, victims or anything else, we will try,” search and rescue operation director Rasman MS told a briefing at a Jakarta sea port.

“The quicker we can find victims, the better.”

Monday’s search would be conducted in a wider area under the sea and along the coast, in case debris had been carried by the current, he said.

Around 20 additional ships would be deployed, taking the total number of rescue vessels to 53, he said.

Authorities pinpointed the area where the data recorders, known as black boxes, are located on Sunday as they lifted chunks of the jet’s fuselage off the sea bed. Rescuers have also found human body parts and their personal effects.

Speaking aboard a ship, Navy official Abdul Rasyid said divers would need to navigate around jagged debris in the area where the black boxes were detected.

Nurcahyo Utomo, an investigator at Indonesia’s National Transportation Safety Committee (KNKT), told Reuters the jet may have been intact before it hit the water, given that debris found so far had been scattered in a relatively tight area underwater.

One of the jet’s turbines was found and shipped back to a port in Jakarta on Sunday.

PROBE TO RELY ON DATA RECORDERS

The KNKT has previously said the U.S. National Transportation Safety Board and Boeing would be involved in the investigation of the cause of the crash.

In a statement at the weekend, Boeing offered condolences over the crash and said: “We are in contact with our airline customer and stand ready to support them during this difficult time.”

Flight SJ 182 had 12 crew and 50 passengers on board, all Indonesians and including 10 children.

Tracking service Flightradar24 said the aircraft took off at 2:36 p.m. local time (0736 GMT) and climbed to 10,900 feet within four minutes. It then began a steep descent and stopped transmitting data 21 seconds later.

The Sriwijaya Air plane was nearly 27 years old, much older than Boeing’s problem-plagued 737 MAX model. Older 737 models are widely flown and do not have the stall-prevention system implicated in the MAX safety crisis.

With few immediate clues on what caused a catastrophic loss of control four minutes after take-off, investigators will rely heavily on retrieving flight recorders intact from the seabed.

They will also study maintenance and engine records, pilot rosters and training, air traffic recordings and other data.

Newer jets and their engines emit streams of data to help airlines plan maintenance. But neither the 737-500 nor its engines leave such a digital trace, industry experts say.

The crash comes at a sensitive time and place for Boeing after poor software contributed to crashes of the newer 737 MAX in Indonesia and Ethiopia. But the long service history of the model involved in Saturday’s crash, and its lack of similar software, mean design is seen less likely to be a key factor.