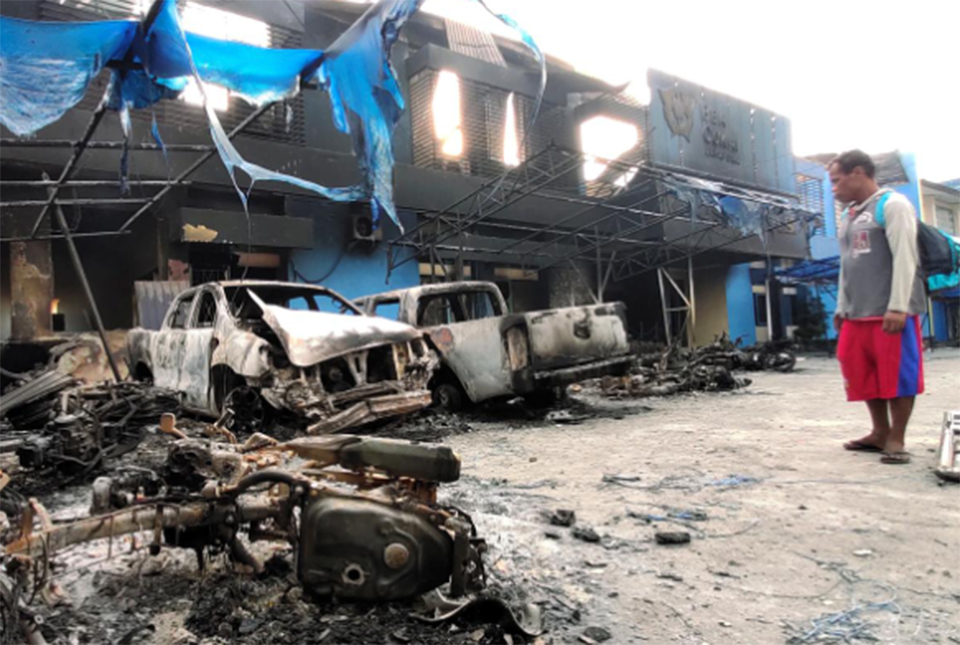 JAKARTA, Sept 1: Indonesian police have arrested dozens of people in the easternmost region of Papua following protests last week in which buildings were set ablaze, a police spokesman said on Sunday.

The area has been racked by civil unrest for two weeks over perceived racial and ethnic discrimination. Some protesters are also demanding an independence vote, although authorities have ruled out such a possibility.

In the provincial capital of Jayapura, 28 people have been arrested and named as suspects, and more face investigation, Papuan police spokesman Ahmad Kamal said by telephone.

“Twenty-eight people are suspects in cases of damaging and burning properties, violence, provocation, and looting,” Kamal said, adding that all had been arrested after a protest in Jayapura on Thursday.

The rioters set cars and buildings ablaze, including a local parliament office and a building housing the offices of the state-controlled telco firm, during the protest.

Kamal said the situation in Papua was now calmer.

In Indonesia’s capital of Jakarta, two students suspected of crimes against state security have been arrested, police said in a statement on Saturday.

The evidence against them included their mobile telephones, and a shirt and a shawl emblazoned with the ‘Morning Star’ flag pattern, a banned symbol of Papuan nationhood.

Jakarta Legal Aid lawyer Michael Himan said the two were arrested from a Papuan dormitory in Depok, in a southern part of the capital, late on Friday.

They were charged with treasonous intent against the unity of the nation, Himan told Reuters on Sunday.

In a statement, Jakarta Legal Aid said the police also arrested several other Papuan students and an activist in Jakarta on Saturday.

Himan said the reason for the arrest of the rest was still unclear. Spokesmen for national police and Jakarta police were not immediately available to comment.