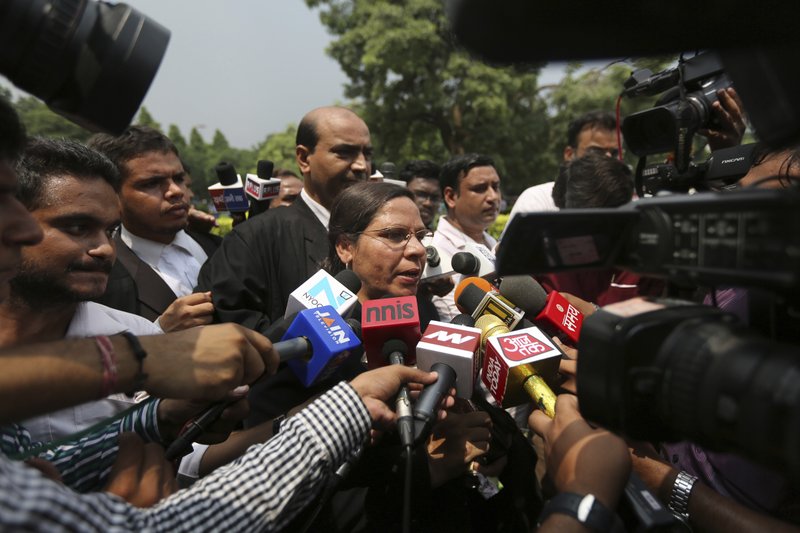 NEW DELHI, August 22: India’s Supreme Court on Tuesday struck down the Muslim practice that allows men to instantly divorce their wives as unconstitutional.

The bench, comprising five senior judges of different faiths, deliberated for three months before issuing its order in response to petitions from seven Muslim women who had been divorced through the practice known as triple talaq.

Indian law minister Ravi Shankar Prasad said on on local media that since the court deemed the practice unconstitutional there is no need for any further legislative action by the government.

The decision was widely lauded by women’s rights activists as a step toward granting Muslim women greater equality and justice.

“It’s a very happy day for us. It’s a historic day,” said Zakia Soman, the co-founder of the Indian Muslim Women’s Movement, which was part of the legal battle to end triple talaq.

“We, the Muslim women, are entitled to justice from the courts as well as the legislature,” she said.

More than 20 Muslim countries, including neighboring Pakistan and Bangladesh, have banned the practice. But in India, triple talaq has continued with the protection of laws that allow Muslim, Christian and Hindu communities to follow religious law in matters like marriage, divorce, inheritance and adoption. While most Hindu personal laws have been overhauled and codified over the years, Muslim laws have been left to religious authorities and left largely untouched.

Most of the 170 million Muslims in India are Sunnis governed by Muslim Personal Law for family matters and disputes. Those laws include allowing men to divorce their wives by simply uttering the Arabic word “talaq,” or divorce, three times — and not necessarily consecutively, but at any time, and by any medium, including telephone, text message or social media post.

India’s Muslim Law Board had told the court that while they considered the practice wrong, they opposed any court intervention and asked that the matter be left to the community to tackle. But several progressive Muslim activists decried the law board’s position.

“This is the demand of ordinary Muslim women for over 70 years and it’s time for this country to hear their voices,” activist Feroze Mithiborwala told media.

The government supports an end to the practice. Prime Minister Narendra Modi has said in many public addresses that the practice oppresses Muslim women and needs to be ended.

On Tuesday, Modi took to Twitter to praise the judgment as “historic.”

“It grants equality to Muslim women and is a powerful measure for women empowerment,” he said.

DAILEKH, Oct 26: Following the implementation of the new civil codes which allow husbands to file for divorce, the District... Read More...

1st climber tests positive for virus on Everest
8 hours ago

2,559 new cases detected across country, 937 in Kathmandu Valley
6 hours ago

Kathmandu’s sky is clear after months, air quality index docks at less than 35 μg/m³ (with photos)
9 hours ago

FDI realization stands at 34 percent of the pledged amount in the past two and a half decades: NRB
14 hours ago

Weeklong lockdown in three wards of Sindhuli district
11 hours ago

Kathmandu’s sky is clear after months, air quality index docks at less than 35 μg/m³ (with photos)
9 hours ago