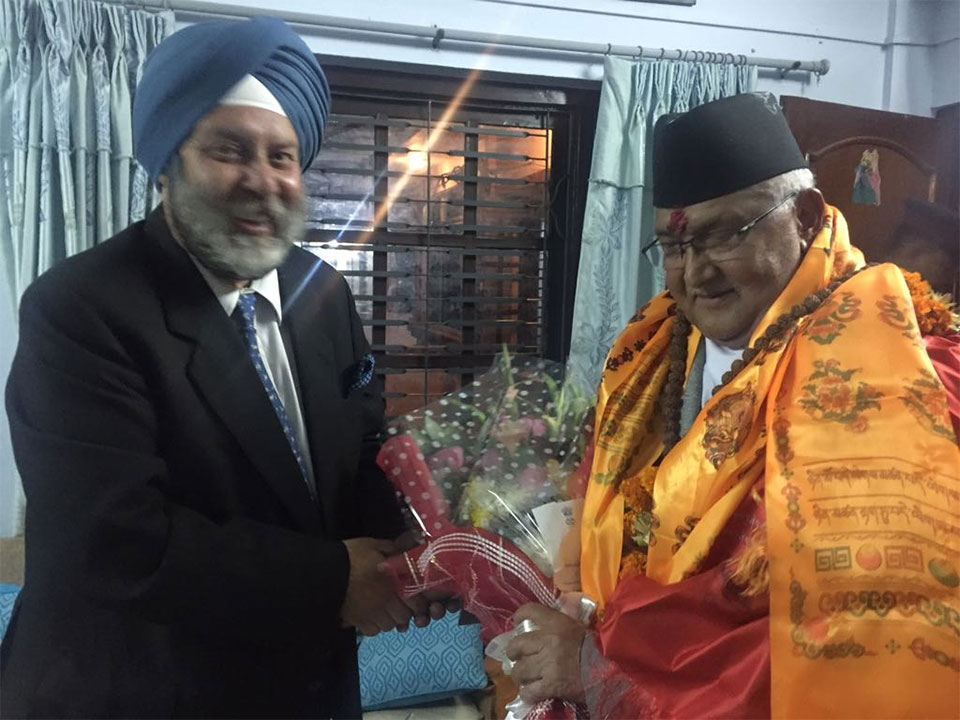 In a telephone call shortly after Oli assumed his office on Thursday evening, Indian PM Modi congratulated Oli on assuming office as Nepal’s prime minister. He also expressed his best wishes for the successful tenure of Oli’s premiership and also extended him invitation for a visit to India, according to Oli’s press coordinator Chetan Adhikari.

In response, Prime Minister Oli thanked his Indian counterpart for the congratulations and best wishes and India’s pledge of support for Nepal’s development and prosperity. Prime Minister Oli, who has had troubled relations with India during his premiership immediately after the promulgation of the constitution in September, 2015, also told Prime Minister Modi that his government will make efforts to further strengthen friendship with India, according to Oli’s Personal Secretariat.

Prior to Prime Minister Modi, Indian External Affairs Minister Sushma Swaraj also called Prime Minister Oli over telephone and congratulated him on the assumption of premiership. She expressed India’s desire to work closely with Nepal during the premiership of Oli.

Minister Swaraj also visited Kathmandu in the first week of February and congratulated him for securing overwhelming victory in the provincial assembly and parliamentary polls.

According to the Indian Embassy in Kathmandu, Indian ambassador to Nepal Manjeev Singh Puri had reached Prime Minister Oli’s residence at Balkot on Thursday midnight with a bouquet to offer his congratulations and hand over a letter of congratulations from Prime Minister Modi. Prime Minister Modi, in his letter, expressed his best wishes for Nepal’s economic prosperity and development and stated that he looked forward to strengthening multi-faceted bilateral cooperation.

Prime Minister Modi’s message, according to Oli’s Secretariat, also said that he will give high emphasis on further enhancing the age-old relations between Nepal and India based on trust, goodwill and mutual confidence.