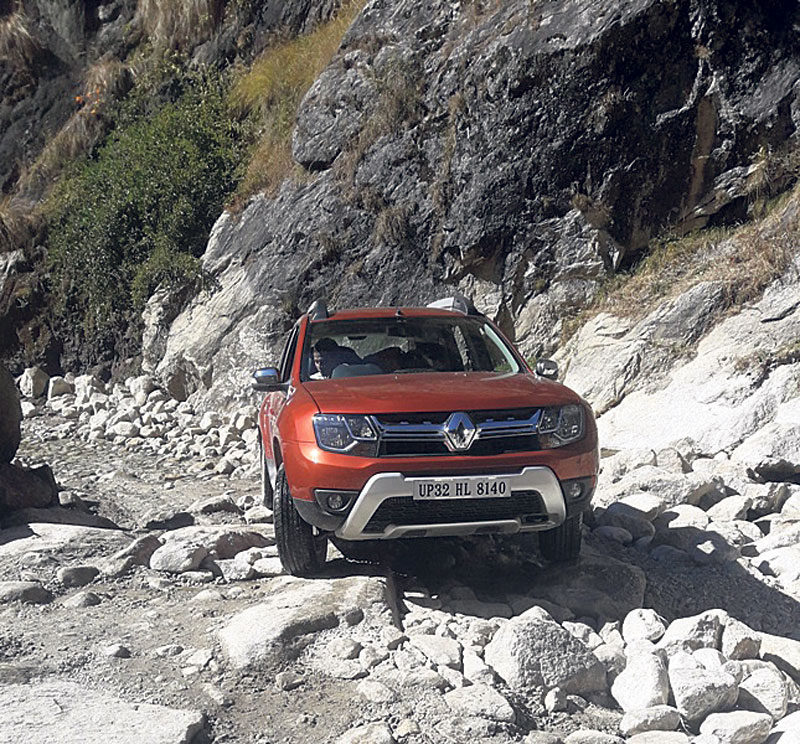 JUMLA, Nov 25: An Indian tourist has driven a car to the shores of Rara Lake located in the remote Mugu district.

Entrepreneurs here say Nirmal Kumar Agrawal, a resident of Uttar Pradesh, could be the Indian to drive a car to the lake area.

Locals say they were surprised to see the Renault Duster and its driver. The route is often windy and the roads risky, and even regular local professionals drivers of SUVs and buses find it somewhat difficult.

Talking to Republica, Agrawal said Rara was like an angel should be well conserved. He said Rara Lake could become a popular destination for both domestic and foreign tourists if better infrastructure were built.

Tourism entrepreneurs welcomed Agrawal and said they were happy to serve him as he was probably the first Indian to come there in his own car.

“Rara is gem for the country and it should be promoted as a tourism destination,” Agrawal said and suggested that the Surkhet-Jumla highway should be expanding and good hotels established in the area to make travel easier.

He said it took him eight hours to travel the 93-km stretch of road that connects Jumla to Rara.

Saligram Dhakal, a Nepali tourist in Rara, said that building a good road network can expand tourism. “Rara can be a first choice for Indian tourists,” Dhakal said.

Rara has welcomed 65,000 tourists so far received this year.