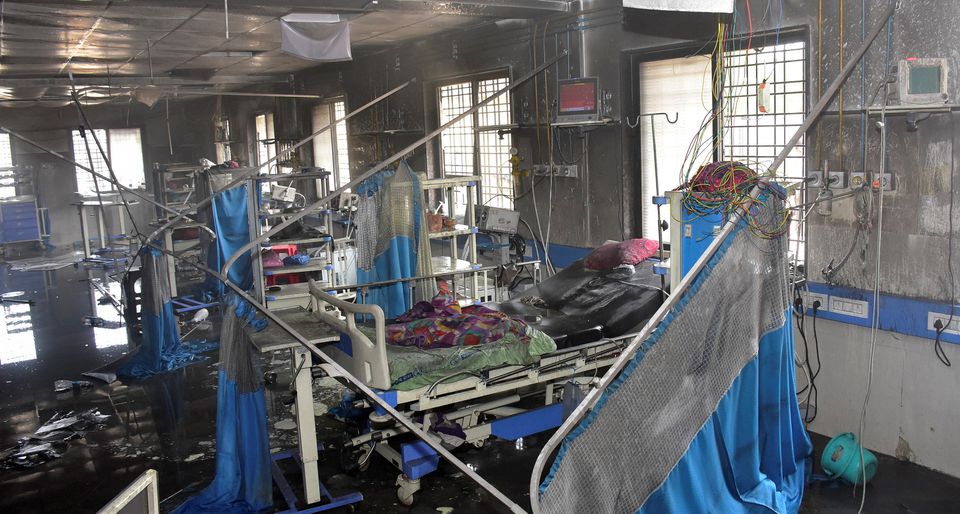 The incident is the latest in a series of such fires, some blamed on short circuits in electronic equipment, that have killed dozens of patients this year, including some in the richest state of Maharashtra, home to Ahmednagar.

Authorities are still investigating the cause of Saturday's fire, said state health official P.D. Gandal, adding that just seven of the 17 ICU patients could be rescued from the blaze.

On Twitter, Prime Minister Narendra Modi expressed anguish over the deaths, and offered condolences to the bereaved, adding, "May the injured recover at the earliest."