Indian Guru forgives woman who hacked off his penis 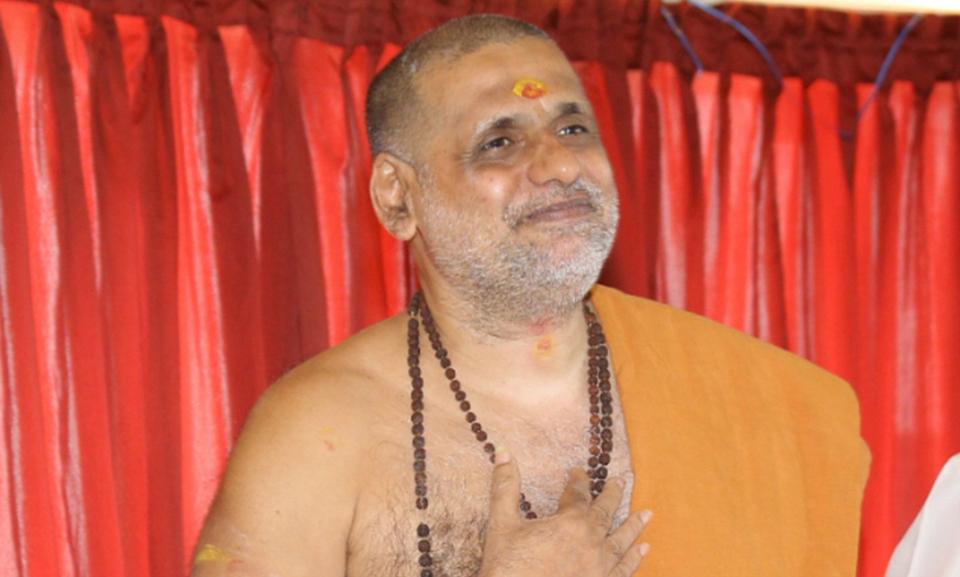 KERALA, March 28: An Indian religious guru whose penis was hacked off by a woman 'as he tried to rape her' has held a press conference to announce his genitals now work again.

Swamy Gangeshananda was accused of abusing a 23-year-old woman for years in Kerala before she allegedly sliced off his genitals with a knife she had hidden under her pillow.

In a bizarre press conference, Gangeshananda, also known as Sreehari, refused to comment on the wider case but appeared to suggest more than one person was behind the attack and that he had 'forgiven' them.

He said he had 'become a normal person after more than eight months' and that the treatment he had received since December had been a success.

His penis was stitched up at Thiruvananthapuram hospital and urology doctor R Vijayan said Gangeshananda could now urinate freely and has normal sexual functions.

The guru likened himself to Jesus Christ 'who was deceived by people close to him' during his announcement but refused to discuss the case.

'I won't reply to such queries now. After regaining my health completely, I will be holding press conferences in Thiruvananthapuram, Kochi and Kozhikode to brief about the incident. Now, I can answer queries related only to my health.

'I helped some people and they were behind the incident. My fate is similar to that of Jesus Christ, who was deceived by people close to him.

'If I am guilty let it be proven before the court and God. I am ready to accept punishment if I am found guilty.

'I do not have complaints against anyone and have forgiven those who attacked me.'

In May last year it was reported that the woman claimed he had been assaulting her for several years, according to district police chief G Sparjan Kumar, who said at the time that police had registered a case of sexual offences against a minor and rape.

Police said the girl's parents, who live at the same house, had been unaware of the assaults.

'The woman told us that her parents blindly trusted this Swami, and he used to get frequent invites to perform special ceremonies and stay over at their house, where he assaulted her,' Kumar said at the time.