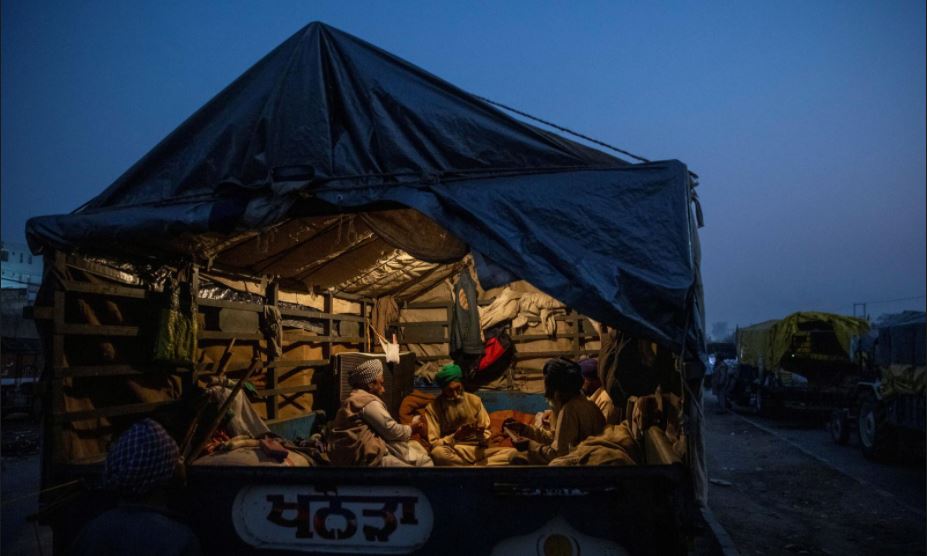 NEW DELHI, Dec 1: India’s government invited protesting farmers for talks on Tuesday, seeking to allay concerns about new laws growers fear could pave the way for the government to stop buying grain at guaranteed prices, leaving them at the mercy of private buyers.

In a letter addressed to 32 farmers’ unions, Sanjay Agrawal, the most senior civil servant at the Ministry of Agriculture & Farmers Welfare, urged farmers to come forward for talks with government ministers and officials.

The government had earlier invited farmers for talks on Thursday but agreed to meet on Tuesday due to cold weather and the coronavirus pandemic, Agriculture & Farmers Welfare Minister Narendra Singh Tomar said.

The protests have intensified since last week when farmers arrived in trucks, buses and tractors at Delhi’s Singhu border with Haryana state and blocked the main northern highway into the capital.

Earlier, an umbrella group representing different farmers’ unions slammed the government for saying it would engage in talks with the farmers if they moved their protest off the roads into a designated stadium site.

If the government is serious about addressing the demands of farmers, it should stop laying down conditions, they said.

Small growers fear the new laws will make them vulnerable to competition from big business, and that they could eventually lose price supports for staples such as wheat and rice.

On Monday, Prime Minister Narendra Modi resisted calls for the repeal of farm reforms, saying growers were being misled and that new laws would benefit them.

India’s vast farm sector contributes nearly 15% of the country’s $2.9 trillion economy and employs around half its 1.3 billion people.