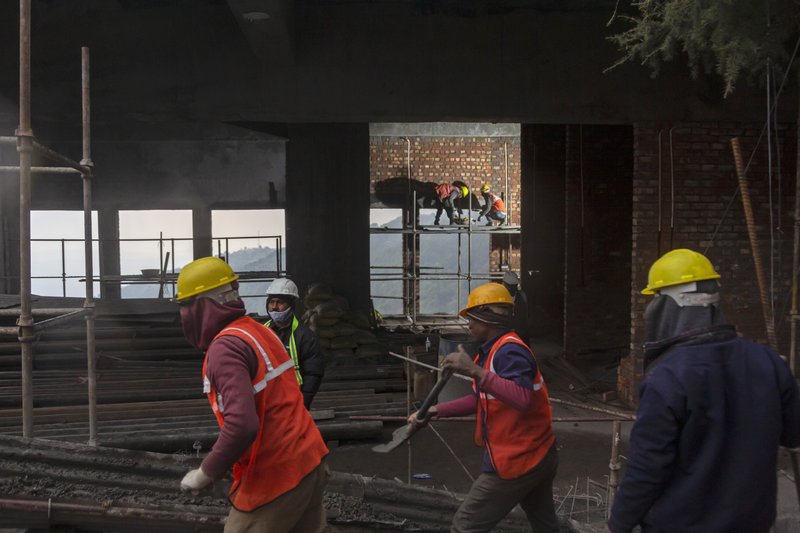 NEW DELHI, Jan 29: India’s economy contracted by 7.7% in the 2020-21 financial year, battered by the coronavirus pandemic, according to a report released Friday.

The government survey cited by the Press Trust of India news agency estimates the economy will bounce back, growing 11% in the fiscal year that begins in April.

Finance Minister Nirmala Sitharaman presented the report to Parliament on Friday. She will present the national budget for 2021-22 on Monday.

India’s economy contracted at a 7.5% annual pace in the July-September quarter following a record slump of nearly 24% in the previous three months that pulled the country into a recession. India last suffered a recession in 1979-80 after an oil shock.

A country enters a technical recession if its economy contracts for two successive quarters. India last suffered a recession in 1979-80 after an oil shock.

The downturn followed a strict two-month lockdown imposed across the country beginning in March to combat the pandemic. It triggered massive unemployment in small and medium-sized businesses and left farmers in distress.

The government has sought to cushion the blow from the lockdowns and virus outbreaks, introducing a $266 billion package in May to boost consumer demand and manufacturing. A large part of the package was actually loans provided by banks, many of them without collateral.

That was followed by a $35.14 billion package early this month to stimulate the economy by boosting jobs, consumer demand, manufacturing, agriculture and exports hit by the coronavirus pandemic.

TOKYO/BERN, Switzerland, July 18: The Tokyo Olympics next year will use the same venues and follow an almost identical competition... Read More...