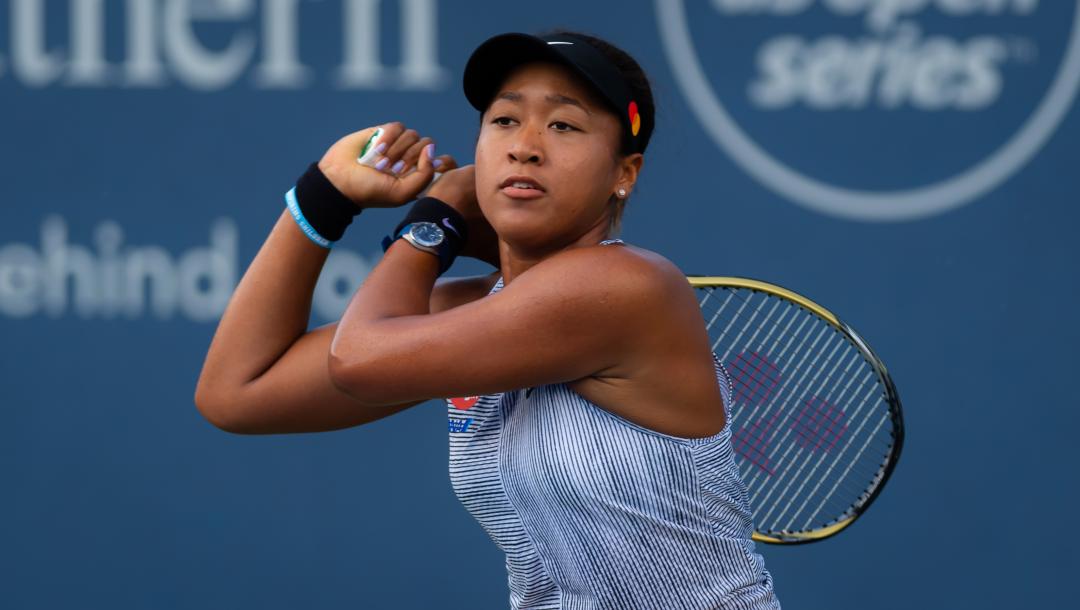 NEW YORK, Aug 17: World number one Naomi Osaka will “probably” defend her U.S. Open title, even if it means defying her doctor’s orders, she said after retiring from the Cincinnati Masters with a knee injury on Friday.

Osaka was trailing American Sofia Kenin in the third set of their quarter-final in Cincinnati when she sought treatment on her heavily-strapped left knee.

After briefly returning to play, the Japanese star retired with Kenin leading 6-4 1-6 2-0.

Osaka’s withdrawal comes after Serena Williams, the woman she beat in a tumultuous final at Flushing Meadows last year, pulled out of Cincinnati with back problems.

The injury has also loosened Osaka’s grip on the top ranking, with world number two Ash Barty poised to reclaim it if the Australian makes the final.

“It sucks, especially since I didn’t want to get injured this close to the Open, and now I’m kind of worried a little bit.

“The thing is, my pain tolerance is really high, so that’s usually why I play through things that apparently I shouldn’t.”

Osaka said she “felt it wasn’t safe” to continue against Kenin ahead of the U.S. Open starting Monday week.

“I feel like this might have that one percent chance of me not being able to play, and that’s what’s concerning me.

“In the end, I’m going to play even if the doctor says no, probably.”

Barty will face Russian veteran Svetlana Kuznetsova in the other semi-final after rallying to a 5-7 6-2 6-0 victory over Greek Maria Sakkari.

The Australian had surged to a 4-1 lead in the first set before she stumbled with unforced errors, with Sakkari lifting to take control through a slew of backhand winners.

Barty cleaned up her game in the second set, however, recovering the backhand slice that had deserted her in the opener.

“It was important for me at the start of the second set to go back to basics and what worked before,” the 23-year-old Barty said.

“I had to serve well, and not give her too many looks at second serves. I tried to bring in my slice to change the tempo of the match.”

Kuznetsova outlasted Czech third seed Karolina Pliskova 3-6 7-6(2) 6-3, having been a set down with her opponent serving for the match.

ROME, May 16: Top-ranked Naomi Osaka comfortably beat Dominika Cibulkova 6-3, 6-3 in the first of her two matches at... Read More...

Minister Shrestha announces not to take government facilities
6 hours ago