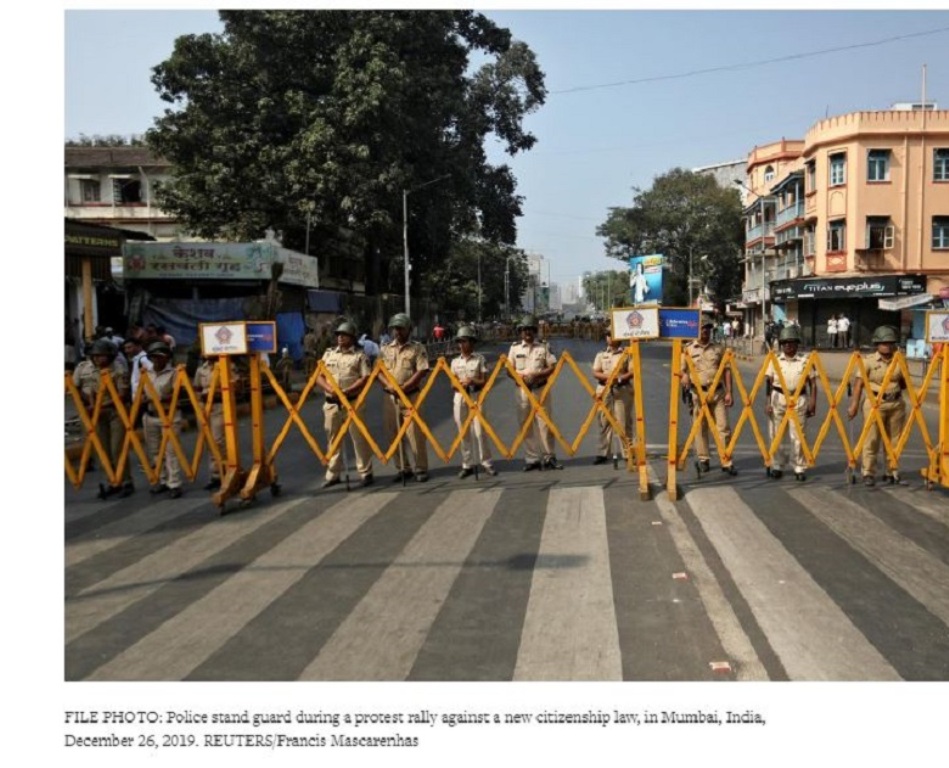 NEW DELHI, Dec 27: Indian authorities stepped up security in major cities on Friday and mobile data services were suspended in some places ahead of protests against a new citizenship law.

At least 25 people have been killed in protests across the country since the law, seen as discriminatory toward Muslims, was adopted on Dec. 11.

The backlash against the law pushed through parliament by the Hindu nationalist government of Prime Minister Narendra Modi is the biggest challenge he has faced since he was first elected in 2014.

The administration of Uttar Pradesh, India’s most populous state, has banned mobile internet services in many parts of the state, including the provincial capital Lucknow, the state government said.

Some television channels reported that police had imposed an emergency law in some parts of the capital, New Delhi, that prohibits gatherings. Such prohibitions have been in place in Uttar Pradesh for more than a week.

But despite that, thousands of protesters are expected to gather after Friday prayers in the capital, Mumbai, Kolkata, Ahmedabad, Bengaluru and Chennai, protest organizers said.

The citizenship legislation makes it easier for people from non-Muslim minorities in Afghanistan, Bangladesh and Pakistan who settled in India prior to 2015 to get Indian citizenship.

Critics say the exclusion of Muslims is discriminatory and that the award of citizenship based on religion is an attack on the secular constitution.

Muslims make up about 14% of India’s population.

The protests come amid the slowest economic growth in more than six years, rising unemployment and growing discontent over several surprise government decisions.

India beefs up security amid outrage against new law, anger with police

LUCKNOW, INDIA, Dec 24: Indian authorities stepped up security and shut down the internet in various places on Tuesday while... Read More...