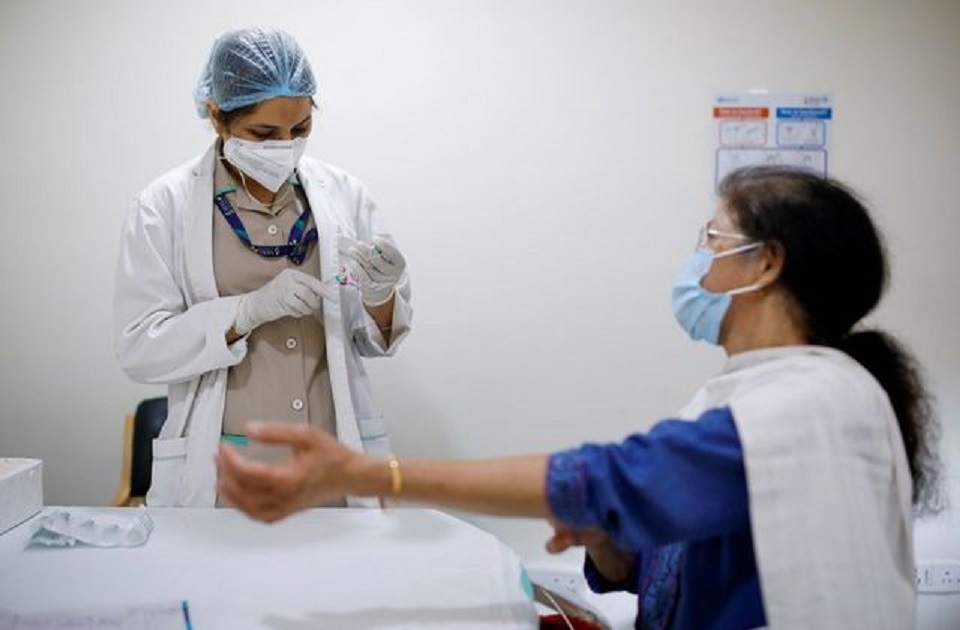 NEW DELHI, March 27: India, the world’s biggest vaccine maker, said on Friday it would make domestic COVID-19 inoculations a priority as infections surge and had told international buyers of its decision.

Reports that India will delay deliveries of AstraZeneca’s COVID-19 vaccine to a global programme to inoculate poorer countries triggered alarm on Thursday, with the head of Africa’s disease control agency describing the continent as “helpless”.

India has exported 60.5 million doses, more than the number of inoculations conducted at home, and says there is no outright ban on exports.

“In the coming weeks and months ... obviously there will be a demand spike and obviously people are preparing for it,” Subrahmanyam Jaishankar, the minister of external affairs, told the Times Network’s India Economic Enclave.

“In many cases, we have told our international partners that ... COVID rates are going up in India, we are expanding our own vaccination ambit, so we are sure you will understand that at this time we have to purpose it much more focused at where we are.”

The Gavi alliance said in a statement that the COVAX vaccine-sharing facility had notified all affected economies of potential delays of exports by the Serum Institute of India (SII).

India is diverting more supplies from SII to inoculations at home. Its other vaccine maker, Bharat Biotech, is struggling to boost output.

“SII has pledged that, alongside supplying India, it will prioritize the COVAX multilateral solution for equitable distribution,” Gavi said.

COVAX is a global vaccine allocation plan co-led by the World Health Organization and partners including the Gavi alliance.

Everyone above 45 in India is eligible for vaccination from April 1 and the government is considering including more people after new infections nearly quadrupled this month.

“The government is already planning to widen the umbrella of COVID-19 vaccine beneficiaries in the near future to cover other sections of our population,” Health Minister Harsh Vardhan told a virtual summit organised by the Economic Times newspaper.

India has injected 55 million vaccine doses, the third highest figure after the United States and Brazil, although much lower as a proportion of its population of 1.35 billion, the website Our World in Data showed.

The western state of Maharashtra, hardest hit by a resurgence in cases, has warned of vaccine shortages and imposed lockdowns in some towns.

Maharashtra Chief Minister Uddhav Thackeray said the state government would impose a night curfew from Sunday to stem the spread of the coronavirus, and authorities could also impose local lockdowns in some districts after informing people in advance. In another measure, the state will shut shopping malls from 7 p.m. until 6 a.m. local time.

Thackeray said although his government has beefed up health-care facilities, rising coronavirus cases could overwhelm hospitals.

Maharashtra’s Pune district on Thursday reported a record 6,427 new cases, the highest in the country.

“If the current surge in coronavirus cases remains there for the next few days, there will be no option but to impose a strict lockdown in Pune from April 2,” Maharashtra’s deputy chief minister, Ajit Pawar, told a news conference.

Separately, a fire in one hospital near Mumbai killed at least nine coronavirus patients.

India launches biggest vaccination drive yet against a surging coronavirus

NEW DELHI, April 1:  India began vaccinating tens of thousands of people above the age of 45 on Thursday in its... Read More...