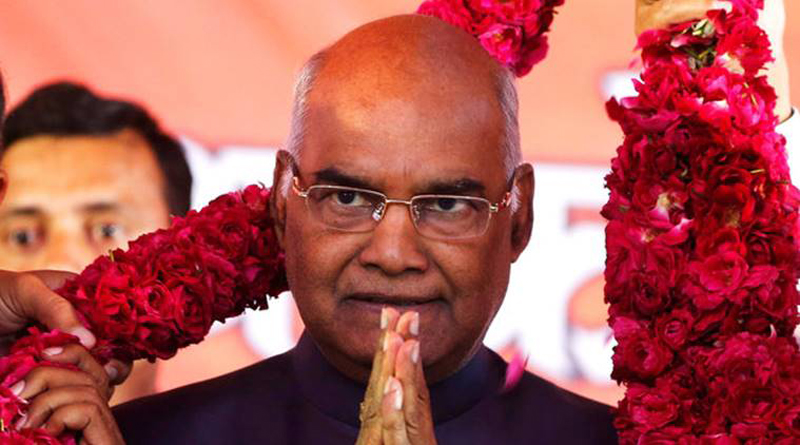 NEW DELHI, July 25: Ram Nath Kovind has sworn in as India's 14th President on Tuesday, becoming the first member of a powerful Hindu nationalist movement to assume the highest public office in the world's largest democracy.

The 71-year-old's elevation also boosts the representation of his Dalit community, which ranks at the lower end of India's ancient caste hierarchy, potentially helping Prime Minister Narendra Modi extend his voter base in a 2019 general election.

Kovind, a veteran politician and lawyer with a previously low profile, is a long-time member of the Rashtriya Swayamsevak Sangh, or National Volunteers' Association, a grassroots movement that also helped launch Modi's political career.

Opposition leaders accused Modi of using the presidential race, which Kovind won easily in an electoral college last week, to further a divisive agenda through which, they say, he wants to redefine India as a Hindu-first nation.

In a speech at his swearing in Kovind, however, praised India's diversity, saying it was "the core that makes us so unique".

"I bow to the (1.25 billion) citizens of this great nation and promise to stay true to the trust they have bestowed on me," Kovind said in parliament's central hall.

India has around 200 million Dalits, previously known as untouchables, and many suffer social deprivation and economic exclusion.

Kovind's rise caps a series of top appointments backed by Modi - including naming a hardline priest to lead India's most populous state of Uttar Pradesh - that tighten the grip of the Hindu right on key public offices.

India's constitution foresees a largely ceremonial role for the president, with the prime minister and his cabinet holding executive power.

But the president has a key role during political crises, such as when a general election is inconclusive, by deciding which party is in the best position to form a government.