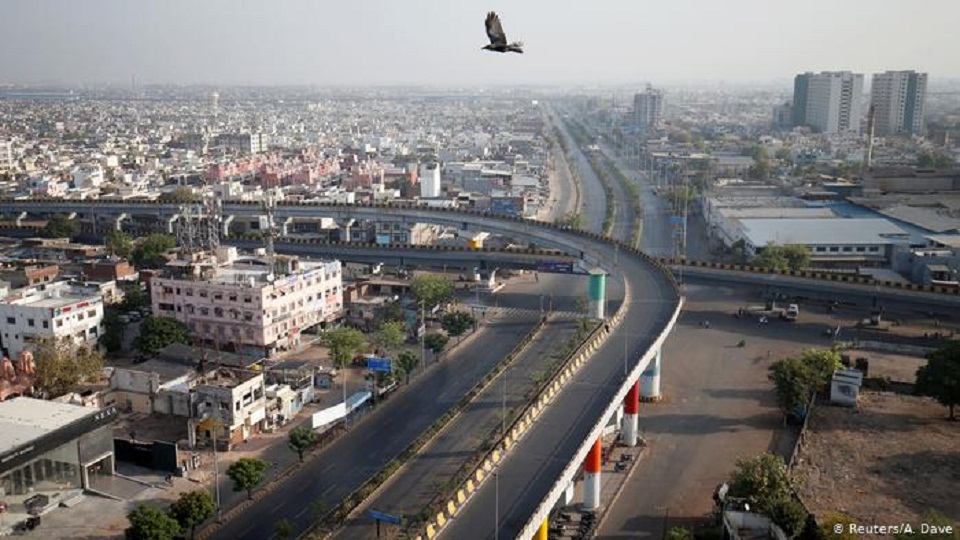 NEW DELHI/MUMBAI, March 24: Indian Prime Minister Narendra Modi ordered a 21-day lockdown of the world’s second most populous country on Tuesday, following China’s example to halt the spread of coronavirus that has infected tens of thousands across the world.

Health researchers have warned that more than a million people in India could be infected with the coronavirus by mid-May, prompting the government to shut down all air and train travel, businesses and schools.

On Tuesday, Modi, the powerful leader of the world’s biggest democracy went further, saying nobody will be allowed to leave their homes for the next three weeks beginning midnight Tuesday.

“The only way to save ourselves from coronavirus is if we don’t leave our homes, whatever happens, we stay at home,” Modi said in a second address in less than a week to try and rally around Indians behind the sweeping lockdown.

India has found 482 cases of the coronavirus and nine people have died from the COVID-19 disease, but alarm is growing across the region about prospects for its spread into impoverished communities and the ability of resource-starved public health sectors to cope.

Already health officials said the virus was spreading out of big Indian cities where it first appeared into the small towns that dot the landscape.

“India is today at such a stage, where our actions today will determine our ability to reduce the impact of this disaster,” Modi said, citing health officials and experts including the WHO for his dire warnings.

More than 377,300 people have been infected by the coronavirus globally and 16,520 have died since it emerged in China, according to a Reuters tally.

China’s Wuhan where the virus emerged imposed a two-month lockdown which is only being eased.

Across South Asia, home to a quarter of the world’s population, authorities are scrambling to raise their defences as the virus spreads.

Due to COVID-19 pandemic, almost every sector including Nepali movie industry got stuck. Cinema halls have been closed for almost... Read More...