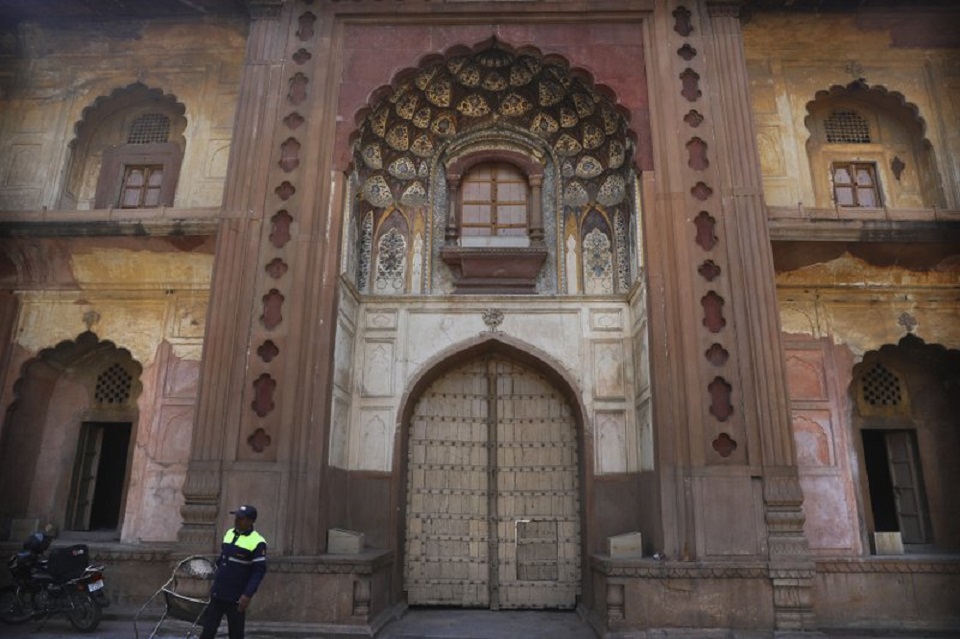 A private security guard walks past the gate of Safdarjung's Tomb, a sandstone and marble mausoleum built in 1754, closed as a precaution against the spreading of new coronavirus in New Delhi, India, Tuesday, March 17, 2020. For most people, the new coronavirus causes only mild or moderate symptoms. For some, it can cause more severe illness, especially in older adults and people with existing health problems. (AP Photo/Manish Swarup)

NEW DELHI, March 17: A British citizen appeared at a public hospital in India’s capital with a cough, difficulty breathing and a private clinic’s referral for a coronavirus test. She was turned away.

Indian authorities said Tuesday that they are not expanding testing for the virus, as most affected nations are doing, despite mounting criticism from some experts that the limited tests could mask the true toll of the disease in the world’s second most populous country.

The World Health Organization has urged countries to test as many people as possible to curb the pandemic, but India has taken a different approach, limiting testing to those who have traveled from affected countries or come in contact with a confirmed case and shown symptoms after two weeks of quarantine.

Indian authorities said the WHO guidance didn’t apply in India because the spread of the disease has been less severe than elsewhere. Balaram Bharghava, who heads the Indian Council of Medical Research, India’s top medical research body, said the guidance was “premature” for India, where community transmission hadn’t yet been detected.

The woman, who requested anonymity fearing business consequences for her employer, said she told hospital officials that she may have had contact with a coronavirus patient in her hospitality sector job, but couldn’t be sure.

After trying and failing to be tested a second time, she left India this week for France, where her family lives, and which President Emmanuel Macron said Monday was “at war” with the virus, announcing extreme measures to curb the disease.

Indian authorities have justified their strict testing limits as a way to keep a deluge of people from demanding tests that would cost the government money it needs to combat other diseases such as tuberculosis, malnutrition and HIV/AIDs.

ICMR said on Tuesday that there was no need to offer such testing more widely. However, authorities said they’re preparing for community spread by bolstering their lab testing infrastructure.

As a result of the stringent criteria, sick people with potential exposure to the new virus are being sent home, and some experts fear that India’s caseload could be much higher than government statistics indicate.

Bharghava said virus infections in India can still be traced back to people who traveled into the country from affected locales. He said if community transmission is detected, then testing protocols would be revised.

Authorities have confirmed 126 cases, most of which have been “imported” — linked to foreign travel or direct contact with someone who caught the disease abroad.

India is conducting only about 90 tests per day, despite having the capacity for as many as 8,000. So far, 11,500 people have been tested.

But concerns of so-far undetected communal spread are growing.

“Given the pattern of disease in other places, and given our low level of testing, then I do think that community transmission is happening, ” said Dr. Gagandeep Kang, the director of the Translational Health Science and Technology Institute.

In India, where more than 400 million people live in crowded cities, including many without regular access to clean water, the disease could spread rapidly, experts say.

“Community spread is very likely. But the only way to know for sure is through more expansive testing,” said Dr. Anant Bhan, a global health researcher in Bhopal, India.

The virus causes only mild or moderate symptoms, such as fever and cough, for most people, but severe illness is more likely in the elderly and people with existing health problems.

India has a lower proportion of elderly than other countries, but its health care facilities are limited and already can’t accommodate the large number of patients with other diseases.

“This along with our high population density can be our great challenge,” said public health researcher Oommen Kurian.

India has been reluctant to expand testing, not wanting to trigger panic and overwhelm hospitals, but also because of the cost: While the tests are free for patients, each one costs the government about 5,000 rupees ($67).

In an already stretched and underfunded public health care system, money spent on the coronavirus leaves less for other public health problems.

The coronavirus may also be spreading in India because health officials have struggled to maintain quarantines, with people fleeing from isolation wards, complaining of filthy conditions.

In the central state of Maharashtra, five people, one of whom had tested negative and the rest who were awaiting test results, walked out of an isolation ward last Saturday.

Similarly, in neighboring Sri Lanka, the government has ordered about 170 passengers who evaded airport screening after returning from several affected countries to report to police or face financial penalties and possible imprisonment.

Aditya Bhatnagar, an Indian university student who was studying in Spain, described unsanitary conditions at an isolation ward where he and 50 others passengers on a Barcelona flight have been kept since landing in New Delhi on Monday.

Bhatnagar said the rooms, shared by around eight people each, lacked basic hygiene features such as clean bed sheets and bathrooms. He said the group, awaiting their COVID-19 test results, was not provided with masks or sanitizer.

“I don’t think these measures would be enough to contain the pandemic,” Bhatnagar said, adding that some passengers had opted to move from the wards and into private hotels, paying 4,000 rupees ($55) a night to self-isolate for at least 14 days.

SRINAGAR, India, Jan 27:  The Indian army says the death toll from an avalanche has risen to 14 as the... Read More...

Indian rescue workers picked their way through the last of the mangled carriages of a derailed train on Monday to... Read More...

Efforts being made to bring the RSP back in govt: Minister Sharma
19 minutes ago