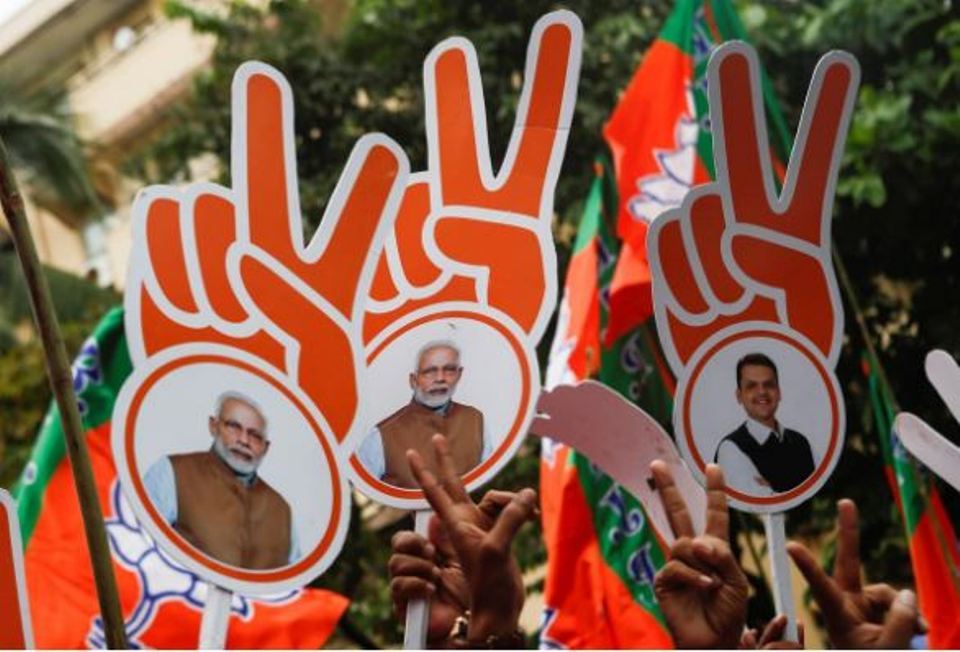 MUMBAI, Oct 24: Indian Prime Minister Narendra Modi’s ruling party was set to retain power in a big western state on Thursday and was leading in another in the north, although the races turned out to be closer than forecast.

Political leaders and analysts said the broad trends from Maharashtra, home to financial capital Mumbai, and the northern state of Haryana showed that while Modi remained the most popular leader, there were pockets of resistance emerging to his dominance.

The state elections were the first since he swept to power in the national polls over the summer riding a wave of nationalism focused against arch rival Pakistan and their central dispute over Kashmir.

Modi’s Bharatiya Janata Party (BJP) and a regional ally led in 161 seats in the 288-seat Maharashtra assembly, more than the simple majority required to rule one of India’s richest states.

In Haryana, the BJP was ahead in 38 seats, with the main opposition Congress party close behind with a lead in 33 seats. The state has a 90-member assembly.

BJP leaders said the party was confident of winning both states despite being the incumbent in a country where voters frequently throw out governments in power because public dissatisfaction runs high.

Still, the results fell below expectations after pollsters had predicted Modi would romp to victory.

Sanjay Jha, spokesman of the main opposition Congress, said that voters were unhappy with the BJP’s inability to resuscitate a stagnant economy, address record joblessness and cut corruption, and weren’t swayed by the ruling party’s campaign.

“People are seeing through it,” he said. “Basically, hyper-nationalism, which is based on a very false foundation, has a limited shelf-life and I think they can’t repeat that story again and again.”

BJP leaders campaigned on Modi’s decision to strike down Muslim-majority Jammu and Kashmir’s autonomy in August in order to integrate it fully into India as a sign of his toughness and willingness to take on Pakistan, which disputes the territory.

Maharashtra and Haryana are both home to manufacturing units of major automobile companies, including Maruti Suzuki, Tata Motors, Mahindra and Mahindra that have hit a rough patch due to falling sales.

India’s passenger vehicle sales slumped 23.7% in September, the eleventh straight month of declines, prompting an industry body to flag more job cuts on top of some 350,000 workers the sector has already laid off this year if sales didn’t to pick up soon.

Overall, India’s economy grew at its weakest pace since 2013 between April and June, as consumer demand and government spending slowed amid global trade frictions.

Gilles Verniers, Assistant Professor of Political Science at Ashoka University, said that early trends showed that the BJP’s strategy of taking the focus away from the economy by talking about national security wasn’t going to work indefinitely.

“Sooner or later, they (BJP) will have to face the reality that the economy is going down and the hardship it produces is going to produce adverse results for them in elections,” Verniers said.