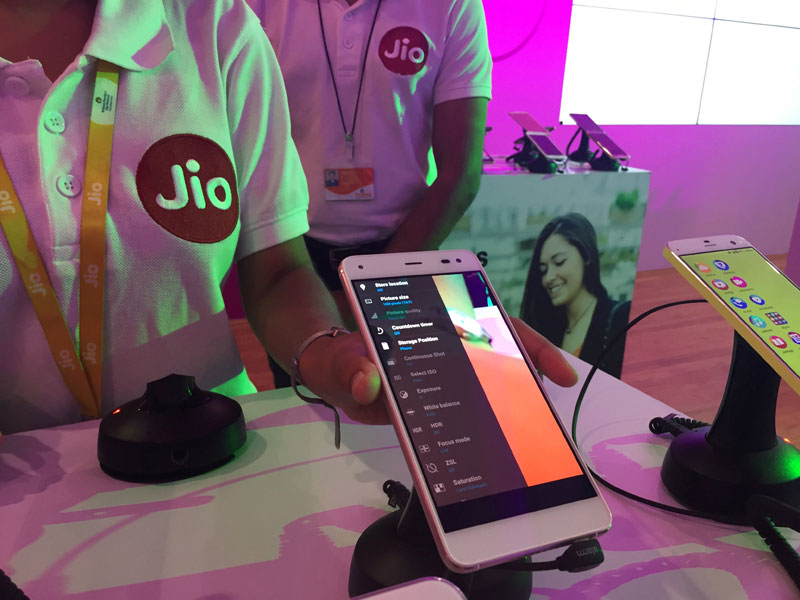 Reliance Industries’ Jio telecoms unit will charge for its services from April, ending an almost seven month spree of free calls and data that shook up India’s telecoms sector and helped the new arrival rack up more than 100 million users.

The shift to paid services, even at a sharp discount to established players, will test the appeal of Jio and the fundamentals behind a $20 billion investment in telecoms by Reliance , one of the world’s largest energy groups. In a speech broadcast live on company social media accounts, Reliance owner and India’s richest man Mukesh Ambani announced Jio had passed the 100 million subscriber mark and its service would cover most of the country’s billion-plus population by the end of the year.

He also announced sharp discounts, even as Jio begins to make its subscribers pay. Without giving details, Jio would remain cheaper, Ambani said. Customers signing up by the end of March can use unlimited data and free voice services for a year at a rate of 303 rupees ($4.52) per month, Ambani said, though usage of 4G data would be capped at 1 gigabytes per day.

“Jio promises to provide world-class data at prices affordable to all Indians,” he said. Reliance Jio Infocomm Ltd, launched in September 2016 after years of delays, has roiled India’s telecoms market. Its free voice and cut-price data plans - that run through to the end of March 2017 - have forced rivals such as Bharti Airtel to respond with price cuts of their own.

Analysts welcomed Ambani’s shift to paid services, saying it would bring more rational competition to the sector. But they also said questions would remain about how many of Jio’s current customers would sign on to the paid services.

Official data indicates the bulk of the company’s subscribers use its services as a second connection to take advantage of the cheaper data - meaning they are less likely to remain if prices rise. Data from the sector regulator shows about 80 percent of Jio’s subscribers were active in the network, well below the average 97.4 percent for India’s top three firms.

Jio will release tariff plans for subscribers signing up after that offer period at a later date, Ambani said, vowing to offer a fifth more data than competing plans from rivals. Bharti Airtel, India’s largest telecoms operator, currently offers unlimited voice and 2GB of 4G data a month for as low as 300 rupees although tariffs vary across regions. That company, launched in 1995, has nearly 270 million customers. Jio’s discounts have triggered a price war in India. Bharti reported its lowest profit in four years in the quarter ended December, while No.3 Idea Cellular posted its first ever quarterly loss . That has also spurred consolidation with Idea and Vodafone Plc’s Indian unit, the market’s No.2 player, announcing talks to merge.

Reliance Industries gained 1.2 percent after the announcement, but rivals fell, with Bharti Airtel down 3.3 percent and Idea losing 0.1 percent.

Pooja Bhatt opens up on India’s ban on Pakistani artists