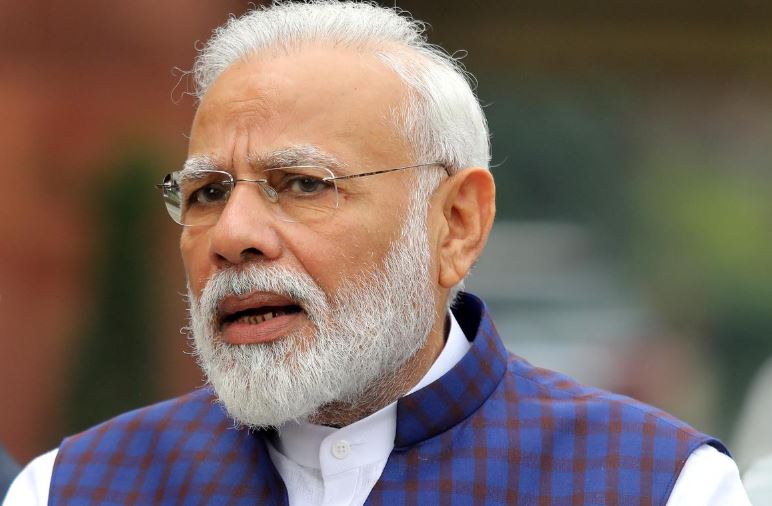 FILE PHOTO: India's Prime Minister Narendra Modi speaks to the media inside the parliament premises on the first day of the winter session in New Delhi, India, November 18, 2019. REUTERS/Altaf Hussain

At least 14 people have been killed in violent clashes between the police and protesters since parliament last week passed the law, which critics say discriminates against Muslims and undermines the country’s secular constitution.

“The PM has called a meeting of the full union council of ministers to assess the prevailing situation due to violent protests in many parts of the country against the Citizenship Amendment Act,” a senior government official told Reuters, requesting anonymity.

The backlash against the law pushed through parliament by Modi’s Hindu nationalist government marks the strongest show of dissent since he was first elected in 2014.

Protests against the new law continued on Saturday despite government’s use of curfews and a draconian regulation to shut down protests.

Rights activists in India’s most populous state, Uttar Pradesh, said local policemen were conducting raids on their houses and offices to prevent them from planning fresh demonstrations.

Dozens have been injured in violent clashes between police and protesters, many in sensitive parts of Uttar Pradesh, which has long seen clashes between majority Hindus and minority Muslims.

More protests are planned in several parts of the country, including in the northeastern state of Assam. There, locals are angry with law as it makes it easier for non-Muslim migrants from Afghanistan, Bangladesh and Pakistan who settled in India prior to 2015 to obtain Indian citizenship.

Resentment against illegal immigrants from Bangladesh has simmered for years in Assam, one of India’s poorest states, with residents blaming outsiders, Hindus or Muslims, for stealing their jobs and land.

“Women from all walks of life will be leading a protest across Assam state on Saturday,” a student union leader from the state told Reuters.

In other parts of India, anger with the law stems from it being seen as discriminating against Muslims, and as it makes religion a criteria for citizenship in a country that has taken pride in its secular constitution.

“This piece of legislation strikes at the heart of the Constitution, seeking to make India another country altogether,” prominent historian Ramachandra Guha wrote in an Indian newspaper, The Telegraph.

“It is thus that so many people from so many different walks of life have raised their voices against it.”

Guha was released from police custody after being detained for protesting against the law in the southern city of Bengaluru.