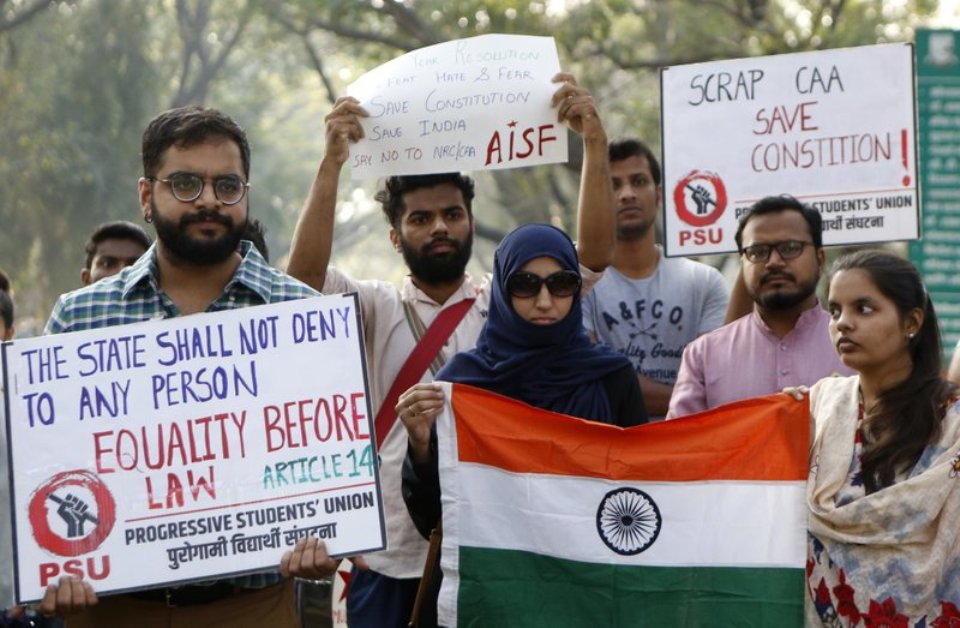 NEW DELHI, Jan 3: More than 1,000 members of India’s LGBTQ community, rights groups and their supporters marched through the streets of the capital on Friday to protest a citizenship law that excludes Muslims.

Describing themselves as “Citizens Against Bigots,” they carried placards and shouted slogans accusing Prime Minister Narendra Modi’s government of pursuing policies aimed at forcing people to prove their citizenship and putting people from marginalized communities at risk.

India’s main opposition parties, led by the Congress party, said the Modi government is trying to consolidate its Hindu base, which constitutes more than 80% of India’s 1.3 billion people. Muslims comprise nearly 14% of the population.

The new citizenship law and a proposed National Register of Citizens have brought thousands of protesters out in the streets in many cities and towns since Parliament approved the measure on Dec. 11, leaving at least 23 dead in clashes between security forces and the protesters.

The law allows Hindus, Christians, and other religious minorities who are in India illegally to become citizens if they can show they were persecuted because of their religion in Muslim-majority Bangladesh, Pakistan, and Afghanistan. It does not apply to Muslims.

Thousands of Hindus, too, have joined the protests to assure the minority Muslims that they are not isolated. The governing Hindu nationalist party downplays the protests, saying they are orchestrated by opponents.