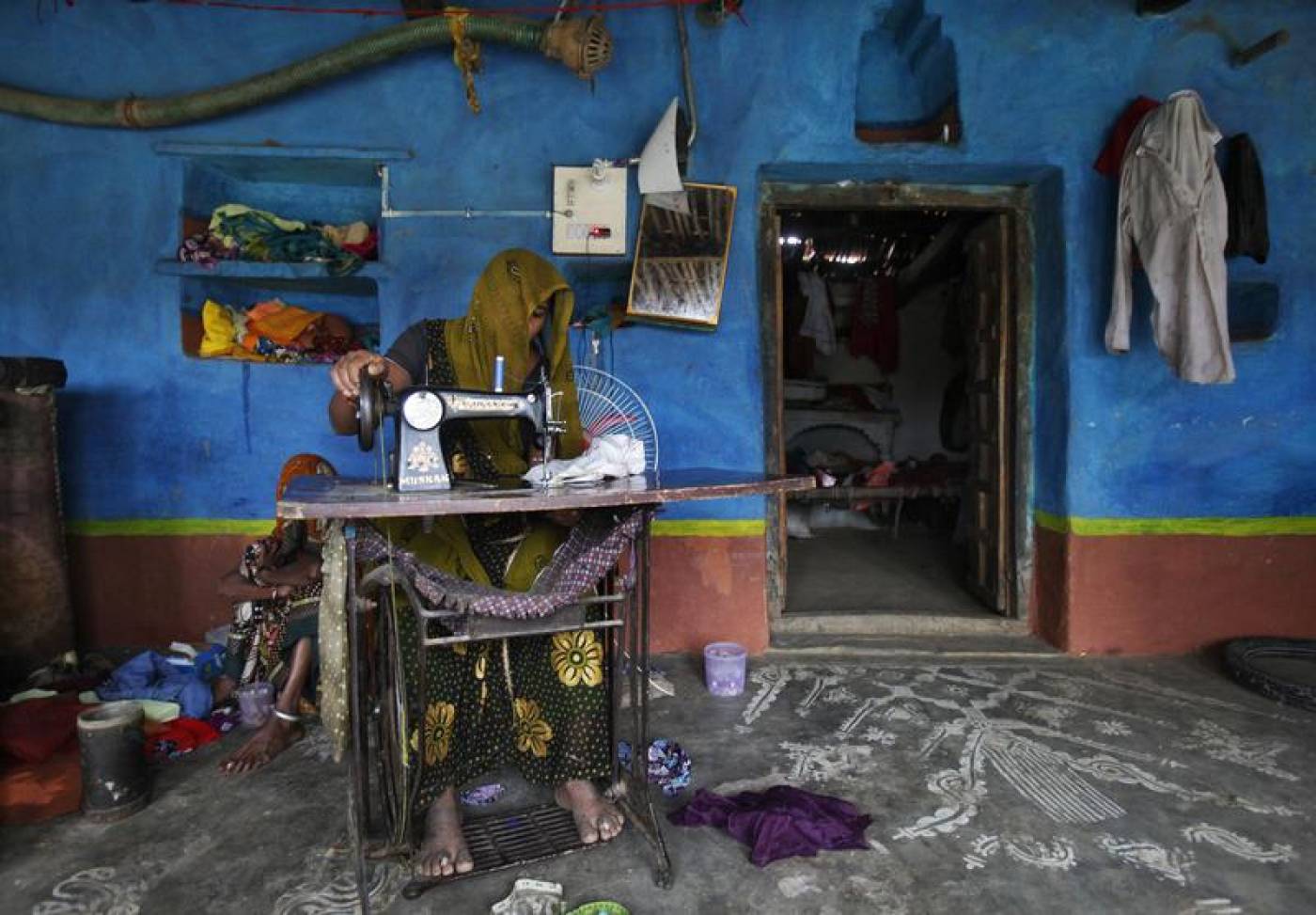 Besides being denied minimum wages, home-workers have virtually no avenue to seek redress for abusive or unfair conditions.

CHENNAI, Feb 1: Each night after her children finally go to sleep, Mehala Sekar spends hours at her home in south India, sewing, cutting and checking clothing given to her by a garment factory contractor.

For each finished item, Sekar earns less than one Indian rupee ($0.0141), and like millions of other "invisible" home-based workers in India, she is being exploited by the country's garment industry, according to research published on Friday.

"If I went to a factory, I would earn more and get overtime money, a bonus and other benefits," Sekar told the Thomson Reuters Foundation in a phone interview from Tirupur, one of the biggest garment manufacturing hubs in southern India.

"But I have three children to take care of and cannot join a factory. The price I pay for that is very low wages."

The Indian garment sector employs more than 12 million people in factories but according to the study by the University of California, millions more work from home.

These workers are involved in the many stages of garment production - from cutting sleeves to stitching buttons, embroidery, bead work and giving other "finishing touches" to items of clothing.

The new research, which focused on India's home-based workers, showed that most are women and girls from minority or marginalised communities.

The "robust profits" global retailers enjoy and the inexpensive clothing that consumers then wear, is partly due to the "penny wage" and exploitation endured by these workers in India, the report said.

"They are a powerless population whose vulnerability is directly exploited by the subcontractors who engage them, and the garment industry at large," author of the report Siddharth Kara said in an email.

"The lack of transparency and formality of the work is also noteworthy, as are the anaemic wages of between $0.13 and $0.15 per hour."

The youngest worker documented in the survey, that interviewed 1,452 people in garment hubs in southern and northern India, was just 10 years old.

Up to 19 percent of the workers documented in the report were in the age group of 10-18 years.

Eighty-five percent of the workers exclusively worked in supply chains for the export of clothing to the United States and European Union.

Besides being denied minimum wages, home-workers have virtually no avenue to seek redress for abusive or unfair conditions, the study said.

It recommended that the entire garment supply chain be formalized to include contracts, decent wages, labour inspections, and systems in place to tackle exploitative practices.

"Industries have changed their ways of working and have entered the homes of workers to avoid vigilance by government departments and international certification agencies that visit only factories," said Varun Sharma, a labour rights campaigner.

"They (brands and auditors) have no idea about the work that has been outsourced and there is no mechanism to monitor them," said Sharma, who researched child labour in home settings in Jaipur, western Rajasthan, last year.

For most like Sekar, working form home is the only way to earn an income but their role in the industry is missing from official data and rarely researched, campaigners said.

Ajay Tewari, a senior official in the labour welfare division of India's labour and employment ministry, said the exploitation of home-based garment workers was rampant.

"We are going to undertake a headcount of unorganised workers in 125 sectors - including garment manufacturing - and give them an identification number that will help them avail social security schemes," he said.

The new plan to provide benefits and assistance to home-based workers would be completed by the end of 2019, he added.