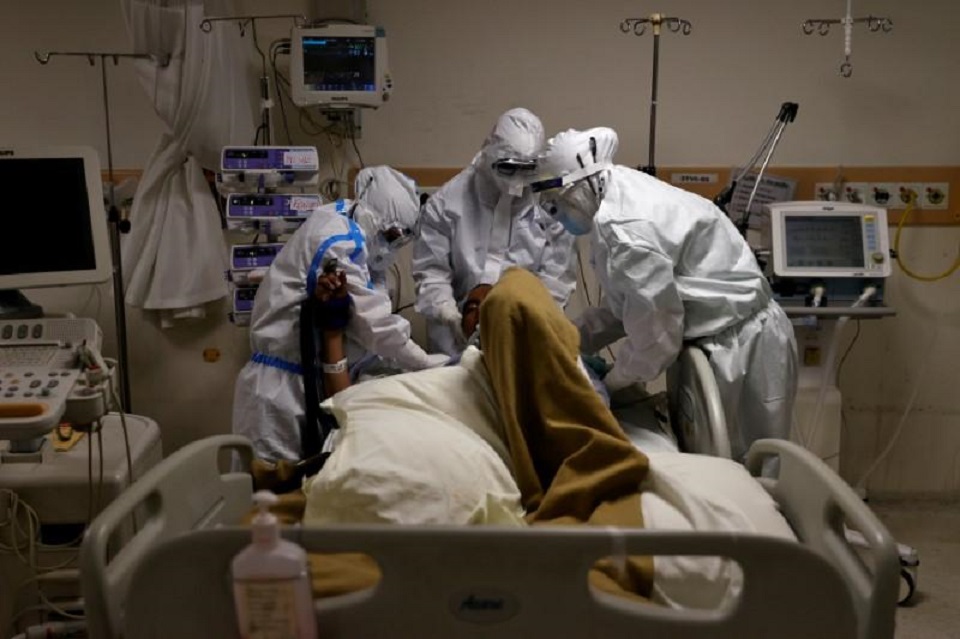 NEW DELHI, June 3: India’s coronavirus infections crossed 200,000, official figures showed on Wednesday, and a peak could still be weeks away in the world’s second-most populous country, where the economy has begun re-opening after a lockdown imposed in March .

Cases jumped by 8,909 over the previous day in one of the highest single-day spikes, taking the tally to 207,615, the health ministry said.

“We are very far away for the peak,” said Dr Nivedita Gupta, of the government-run Indian Council of Medical Research. Government officials have previously said it could be later this month, or even July, before cases start to fall off.

The death toll from the disease stood at 5,815.

Six other nations, including the United States, Britain and Brazil, have higher caseloads, and in India’s favour, at least its mortality rate has been comparably low.

But, India’s infections are rising as it ends a severe lockdown of its 1.3 billion people imposed in March.

The lockdown has crippled the economy and left tens of thousands without work.

As train and bus services open, migrant workers are travelling home from the coronavirus hot spots of Mumbai and Delhi to the hinterland where infections are starting to rise, health officials say.

These included states such as Bihar, Odisha and Uttarakhand which traditionally supply the bulk of migrant workers.

Still, Gupta said relative to its large population, India had done well in tackling the disease. “Our preventive measures have been very effective. We are in a much better position vis-a-vis other countries,” she said.

Officials say the lockdown helped limit the spread of the virus, giving space to hospitals to deal with those affected. India’s fatality rate of 2.82% against the global average of 6.13% was among the lowest in the world, Lav Agarwal, joint secretary in the health ministry, said.

“We have been able to achieve this due to timely identification of cases and proper clinical management,” he said.