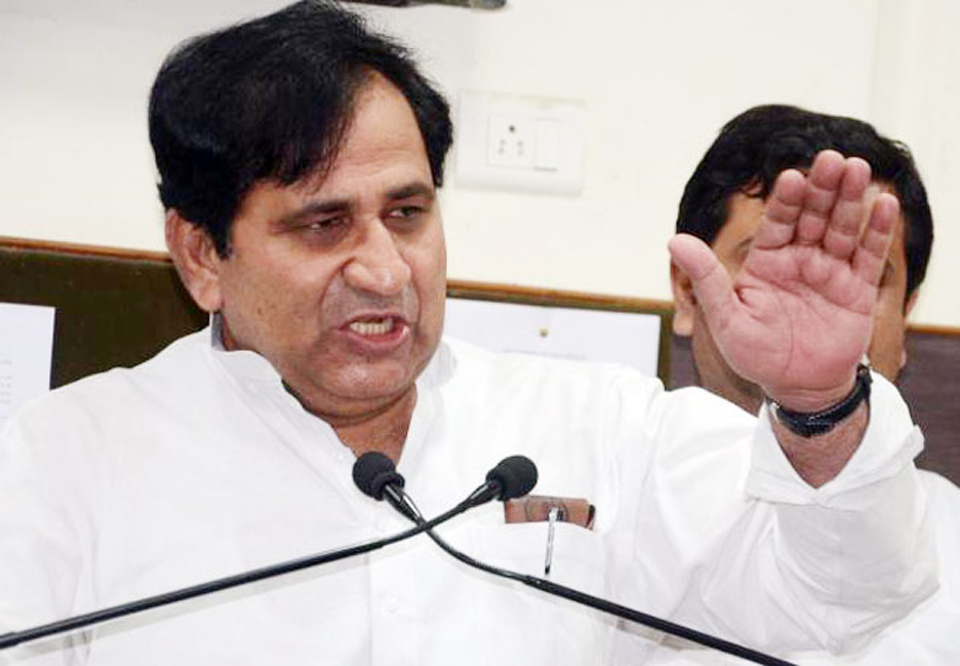 BIHAR, INDIA : Senior leader of the Indian National Congress Shakeel Ahmad Monday blamed the "arrogance" of the Modi-led Indian government for Nepal's ban on currency notes of denominations higher than Rs 100 and demanded that urgent steps be taken to resolve the issue, the Press Trust of India reported.

The ban was causing great inconvenience to the people living along the Indo-Nepal border, the former Indian Union minister said.

"Our relations with Nepal have been under strain on account of the immaturity and poor understanding of diplomatic matters of the current dispensation. It started with (PM Narendra) Modi's address to Madheshis during his visit to Janakpur," he told reporters here.

"The minister for external affairs offended the people of Nepal by saying Modi had addressed Indians living in Nepal. Historically, Nepal has never been a part of India. The Madheshis may have much in common with us in terms of customs but they are, nevertheless, Nepalese citizens," Ahmad said.

He claimed that there were protests in the neighbouring country but the Modi government, in its "arrogance", did not pay any heed.

"This has now led to the situation that Nepal, the only country other than Bhutan where Indian currency is in circulation, has disallowed transactions in high denomination notes. Millions of people live along the Indo-Nepal border and they are facing a lot of inconvenience," he alleged.

A renowned Hindu pilgrimage centre believed to be the birthplace of Goddess Sita, Janakpur was visited by Modi in May. The remark by |Indian External Affairs Minister Sushma Swaraj, for which she later apologized, had led to a Nepalese lawmaker terming the lapse a casual undermining of Nepal's sovereignty.

"We request the Centre to take immediate steps to defuse the tension with Nepal which has led to the embarrassing situation," the Congress I leader added.