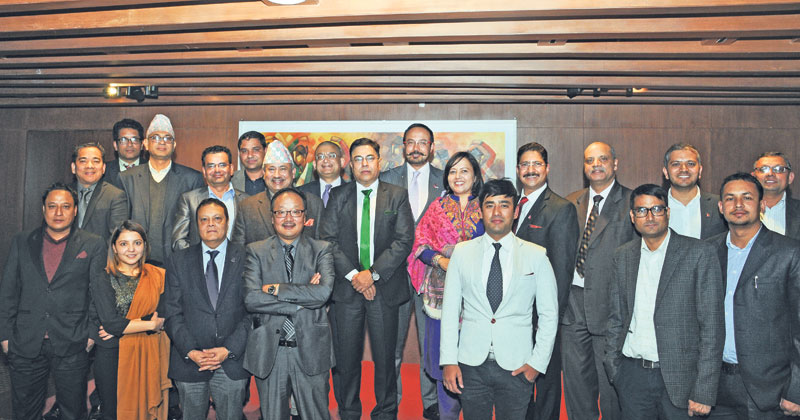 He said there have been new developments on the issue following political and from Prime Minister-level dialogue as there was nothing the central bank could do to provide an exchange service for the demonetized Rs 500 and Rs 1,000-banknotes held in Nepal without consent from the Indian government.

Speaking at a function organized by Nepal Republic Media in Kathmandu on Tuesday to welcome newly-elected executive committee of Nepal Bankers’ Association (NBA), Nepal said NRB had already sent the Reserve Bank of India (RBI) its modality for collecting the demonetized Indian currencies in Nepal.

“NRB requested RBI to allow an exchange facility for up to Rs 25,000 in Indian currency that Nepalis were already legally-allowed to carry. They have become positive and have asked us how we would deal with the currency. A committee under the leadership of a deputy governor of NRB prepared a format and we have sent it to them,” the NRB governor said.

According to Nepal, the modality has proposed a know-your-customer form with detailed information on the client depositing their Indian currency into his/her bank account, their source of earning and the serial number of banknotes deposited. The bank will be obliged to keep those records until further notice.

Anil Keshary Shah, the newly-elected president of NBA -- the umbrella organization for CEOs of commercial banks, said that commercial banks were committed to expanding their services to more rural areas of the country.

Stating that the banking industry was the largest taxpayer in the country in terms of sector-wise revenue contribution, Shah said bankers and banks play the crucial role of balancing the interests of protecting deposits of the public and providing returns to its shareholders.

Also speaking at the event, other bankers said concerted efforts were needed from all stakeholders to increase public confidence toward the banking system and to increase financial access in the rural areas.