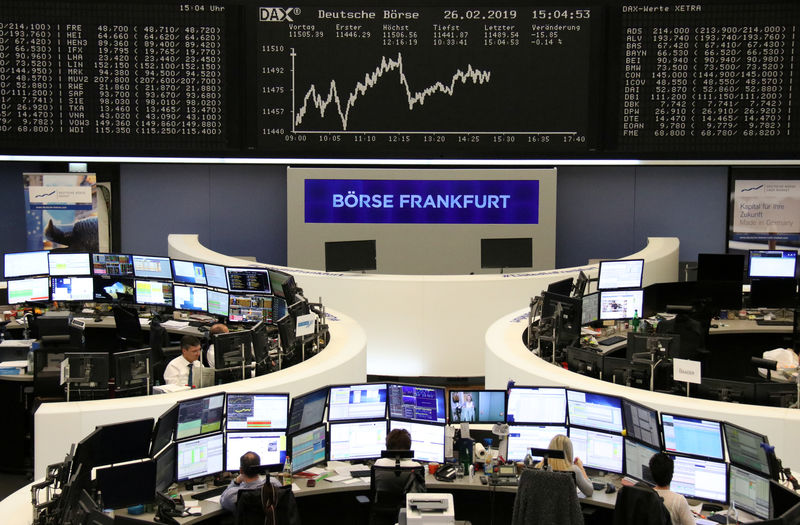 LONDON, Feb 27 : European stock markets opened lower on Wednesday after fresh hostilities erupted between India and Pakistan, causing Asian assets to fall and pushing investors into safe havens such as the yen.

After about an hour of trading, the pan-European STOXX 600 was down about 0.5 percent. All the main regional indexes were in the red. [.EU] U.S. stock futures for the S&P 500 were down 0.1 percent.

Earlier, Pakistan said it had carried out air strikes in Indian-controlled Kashmir and shot down two Indian jets in its own airspace.

Indian and Pakistan bonds and currencies fell and MSCI’s broadest index of Asia-Pacific shares outside Japan was last down 0.15 percent as the threat of conflict between the nuclear-armed neighbors grew.

“This adds another layer of risks for investors”, said Charles St-Arnaud, a strategist at Lombard Odier, although he noted the market moves remained limited for now.

The heightened geopolitical risks helped assets considered safer than stocks, such as the Japanese yen, which gained against the dollar.

The dollar itself hovered around a three-week lows after Federal Reserve Chairman Jerome Powell reiterated on Tuesday the Fed had shifted to a more “patient” policy approach regarding changes to interest rates.

“We didn’t learn much new,” St-Arnaud said. The new dovish stance of U.S. monetary policy had not weakened the dollar much, notably against the euro.

Also in the currency market, the British pound continued to rise after Prime Minister Theresa May offered lawmakers a chance to vote on delaying Brexit.

Oil prices rose after a report that U.S. crude inventories had declined and as producer club OPEC seemed to stick to its supply cuts despite pressure from U.S. President Donald Trump.