India looks to ease lockdown even as coronavirus infections jump 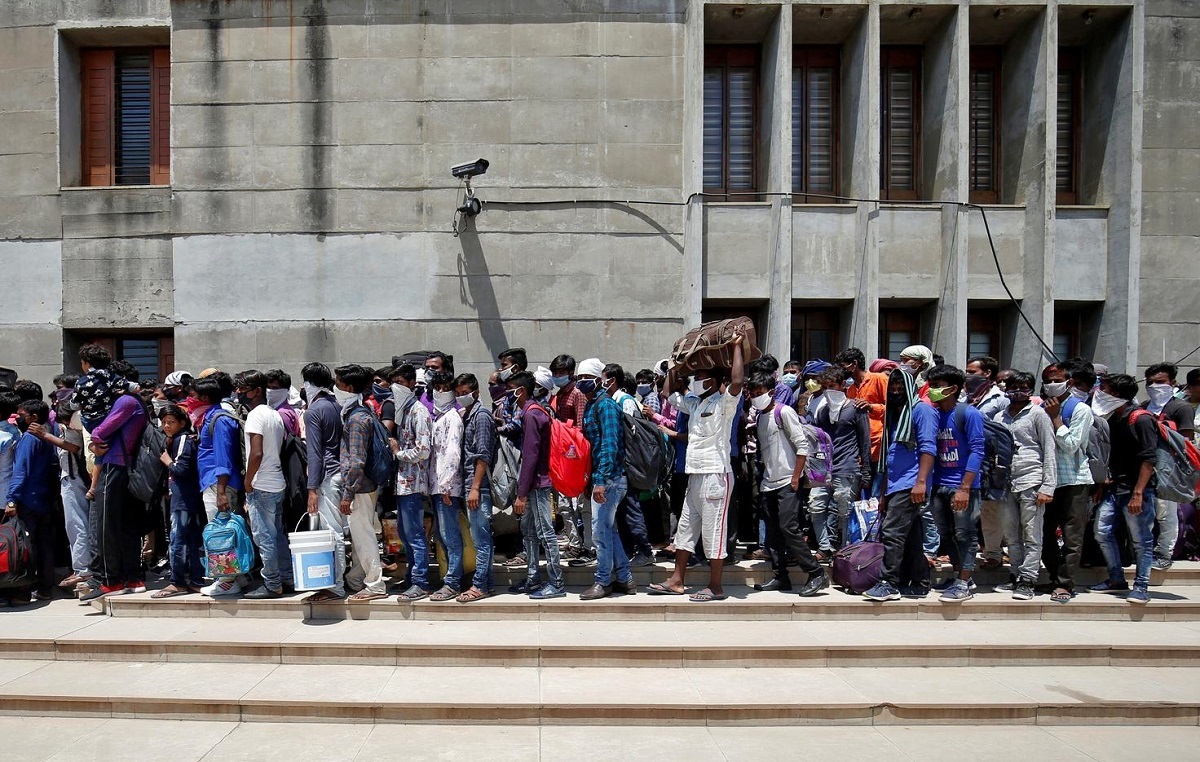 NEW DELHI, May 12: Prime Minister Narendra Modi said on Monday the country would look to ease a nearly seven-week lockdown aimed at preventing the spread of the novel coronavirus, despite also reporting its biggest single-day jump in cases.

Modi has faced increasing calls to end his government’s stringent lockdown of the nation’s 1.3 billion population, with political parties, businesses and citizens saying the containment measures have destroyed the livelihoods of millions that rely on daily wages for sustenance.

On Monday, Modi told the heads of states in a video call the government would look at a “gradual withdrawal” of the lockdown, which has been repeatedly extended until May 17.

“We have a twofold challenge – to reduce the transmission rate of the disease, and to increase public activity gradually,” Modi said.

“Even as we look at the gradual withdrawal of the lockdown, we should constantly remember that till we do not find a vaccine or a solution, the biggest weapon with us to the fight the virus is social distancing.”

“Thereafter, Indian Railways shall start more special services on new routes,” the government said in a statement. The rail network, among the world’s largest, carries over 20 million people each day and is the lifeline for people living in far flung corners of the country.

The restart of some train services was announced late on Sunday, when India’s coronavirus infections jumped by 4,214, the most ever, to 67,152.

India’s rail, road and air services were suspended in March to stop infections into the country’s interior, but the case numbers have risen daily. Officials say the spread of the disease would be worse if without Modi’s stringent restrictions.

Deaths from COVID-19, the respiratory disease caused by the coronavirus, has reached 2,206, the ministry of health said on Monday. A fifth of India’s cases come from the densely populated cities of Mumbai, Delhi, Ahmedabad and Pune, which are also major centres of economic activity.

Delhi Chief Minister Arvind Kejriwal said three-fourths of Delhi’s cases of coronavirus were asymptomatic or had mild symptoms and did not need hospital treatment.

“Overall corona figures (are) rising in Delhi but at the same time people are getting cured and going back home safe. Now we’ve to learn to live with corona,” he said.

India’s rising infection numbers are also the result of testing, which has grown from 2,000 per day in late March, to 85,000 to 90,000 a day, according to the Indian Council of Medical Research, the government’s top body leading the fight against the disease.

Modi was due to hold a meeting with state chief ministers later on Monday to determine a path out of the lockdown even as infections spread.

Passengers taking the trains starting up on Tuesday will have to wear masks and undergo screening at the stations, a government official said.

Health Minister Dhakal hints at easing lockdown after May 7

KATHMANDU, May 1: Minister for Health and Population, Bhanu Bhakta Dhakal has hinted that the ongoing lockdown may be loosened... Read More...

Prime Minister moving to new residence with bunkers
58 minutes ago