India imposes a ban on its wheat export, likely to affect supply of the food grain in Nepali market 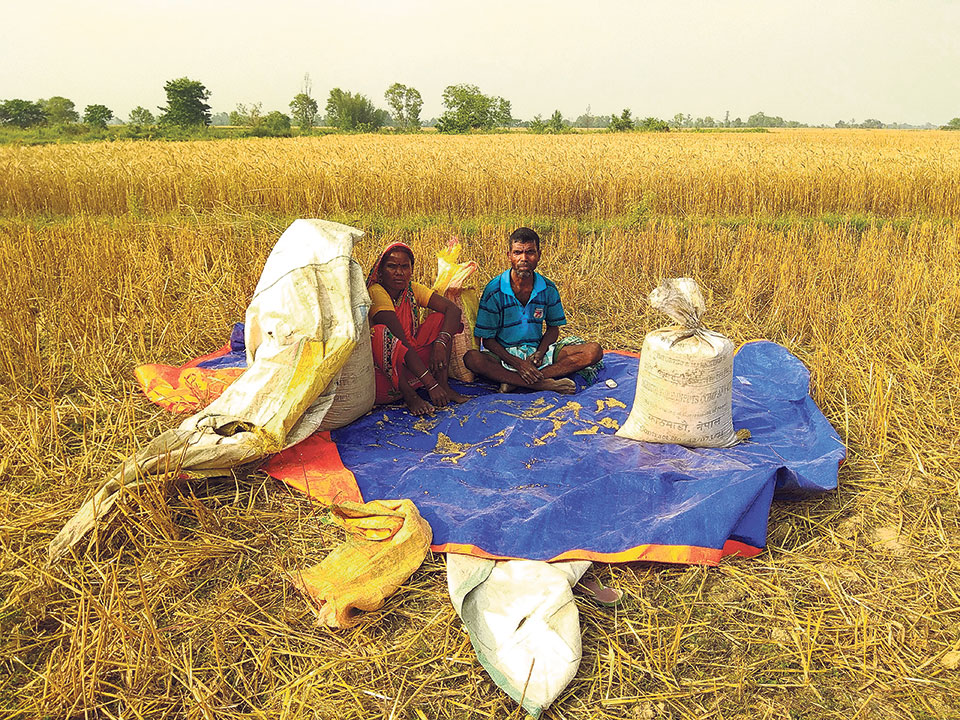 KATHMANDU, May 15: India has imposed a ban on export of wheat citing the soaring price of the farm products due to the ongoing war between Russia and Ukraine.

Issuing a notification on Friday, the Directorate General of Foreign Trade under the Ministry of Commerce and Industry, India, restricted the export of four variants of durum wheat under the Harmonized System Code of 1001. The Indian government took the measure in order to provide for the food security requirements of India, neighboring and other vulnerable developing countries which are adversely affected by the supply chain disruption as a result of Russia-Ukraine war and are unable to access adequate wheat supplies, reads the notice of the Indian authority.

According to Reuters, supplies dropped from Ukraine and Russia, which together used to account for about 29 percent of global wheat exports. After the start of the Russia-Ukraine war, the price of wheat has soared by around 40 percent in the international market. In India alone, the price inflation of wheat increased from 7.77 percent to 9.59 percent in April.

India accounts for the world’s second largest wheat producer and the country exported seven million tons of the food grain during the past one year that ended in March. India exported 242,857 tons of wheat in the past one month alone.

After the shortage of wheat mounted in the international market, India has been facing an increasing pressure to sell its wheat. Apart from its traditional trading partner countries, India has recently exported a notable quantity of its products to new destinations like Israel, Turkey, Indonesia, Mozambique and Tanzania while the traders there have recently signed an agreement to supply wheat to Egypt for the first time.

Despite being an agrarian country, Nepal imports most of the required food grains–rice and wheat–to meet its domestic demand.  India is the main import source for the purchase of food grains by the landlocked country.

The record with the Department of Customs shows that Nepal imported more than 180,920 tons of wheat worth Rs 5.97 billion in the first nine months of the current fiscal year. During 2020/21, Nepal spent Rs 11.97 billion to import more than 388,278 tons of wheat from India.

Similarly, the import of rice stood at around Rs 38 billion during mid-July 2021 and mid-April 2022. In the last fiscal year 2020/21, the country imported rice worth Rs 50.47 billion, most of which were purchased from India.

KATHMANDU, Jan 7: The Ministry of Agriculture and Livestock Development has urged a high caution in view of the detection... Read More...