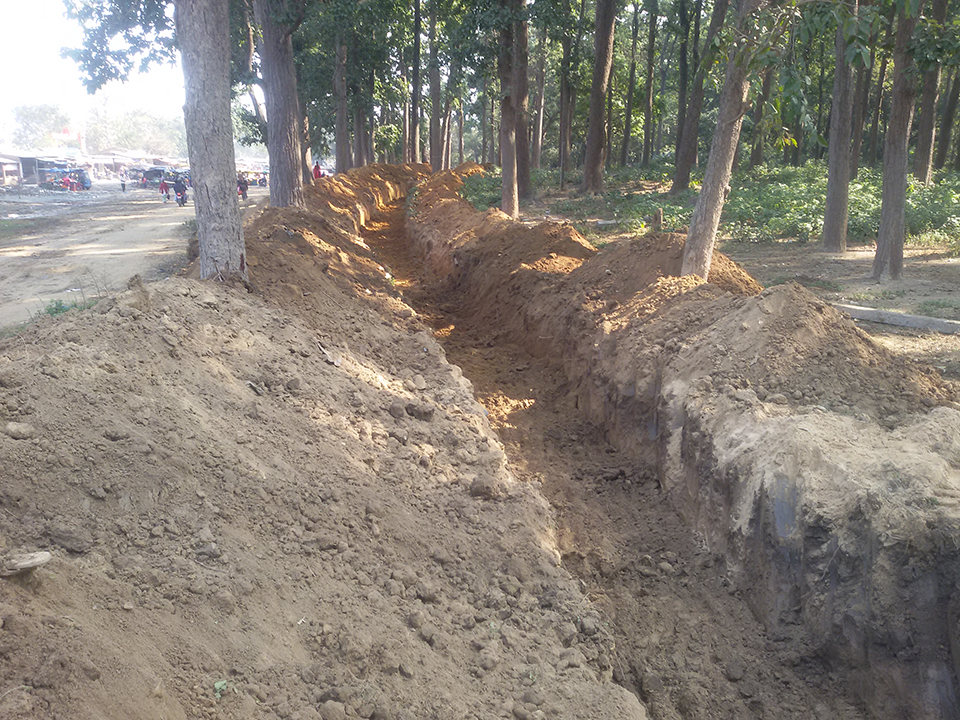 KANCHANPUR, Jan 25: The Indian side has been building a brick wall near the no-man's land at Dokebazaar of Purnawas Municipality-11 of Kanchanpur.The construction of around a six feet high wall is taking place without informing the Nepali side in a clear violation of the international law, which requires seeking permission from the other country to build any structure near the border.

Locals have expressed fear that the wall will obstruct the free flow of water during monsoon and inundate the Nepali settlements near the border. India had built a wall in the same area four years ago, which they eventually brought down after protests from the Nepali side.“They are doing the same again in a clear disrespect to us. This wall can pose a great risk for us during rainy season and could completely inundate Dokebazaar,” said Prem Thapa, a local.

India also seems to be preparing to fence the wall with razor wires. They are defending their act claiming it to be necessary to tackle hunting and smuggling from their Dudhwa National Park. After India's intention to build the wall became apparent, locals from the Nepali side started protesting. Following the protests, the construction works have been halted.

Chief District Officer Baburam Shrestha of Kailali said India's work is a clear violation of the provision that prohibits constructing structures with potential to negatively affect the other country.“We'll hold informal talks with our counterparts to discuss whether or not the construction affects the other side,” added CDO Shrestha.