India fails to end deadlock with farmers, talks to resume next week 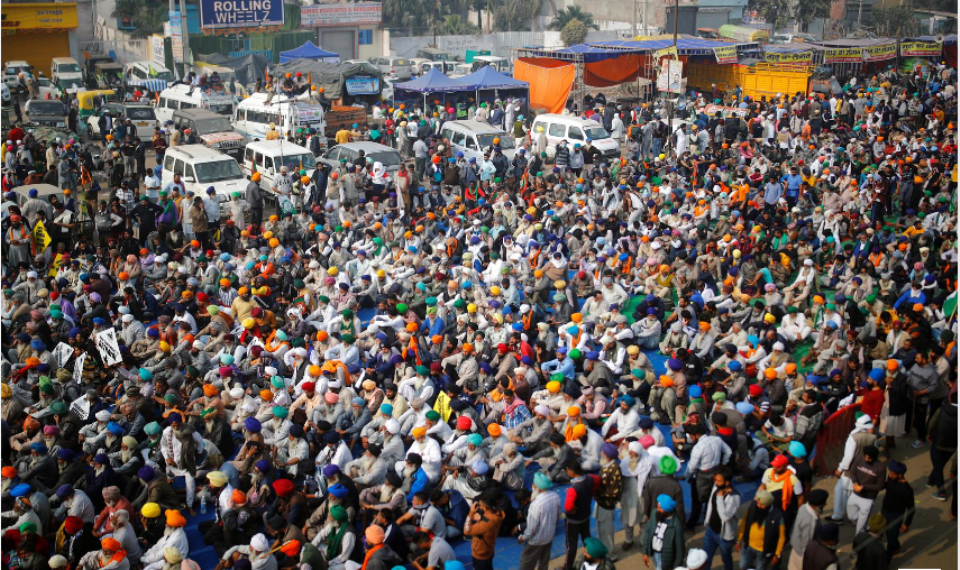 NEW DELHI, Dec 6: India’s government failed on Saturday to break a deadlock with farmers protesting over agricultural reforms and will meet again on Wednesday, the agriculture minister and union leaders said.

Thousands of Indian farmers have demonstrated against the laws, which they say threaten their livelihoods, by camping on the outskirts of the capital New Delhi and blocking highways.

“Farmers made it clear to the ministers that they want the government to repeal the laws,” Jagjit Singh Dhalewal, a senior farmers’ leader, said after five hours of talks on Saturday.

Agriculture and farmers’ welfare minister Narendra Singh Tomar told reporters that talks will resume on Wednesday, adding the government is committed to farmers’ welfare and is keen to examine and consider the issues raised.

Led by influential farming groups from the grain-producing states of Haryana and Punjab, the protests are a test of Modi’s ability to reform the agricultural sector.

Agriculture makes up nearly 15% of India’s $2.9 trillion economy and employs around half of its 1.3 billion people.

Farmers fear the legislation will eventually dismantle India’s regulated markets and stop the government from buying wheat and rice at guaranteed prices, leaving them to negotiate with private buyers.

There are calling for the government to repeal the laws and retain mandatory government purchases, among other demands.