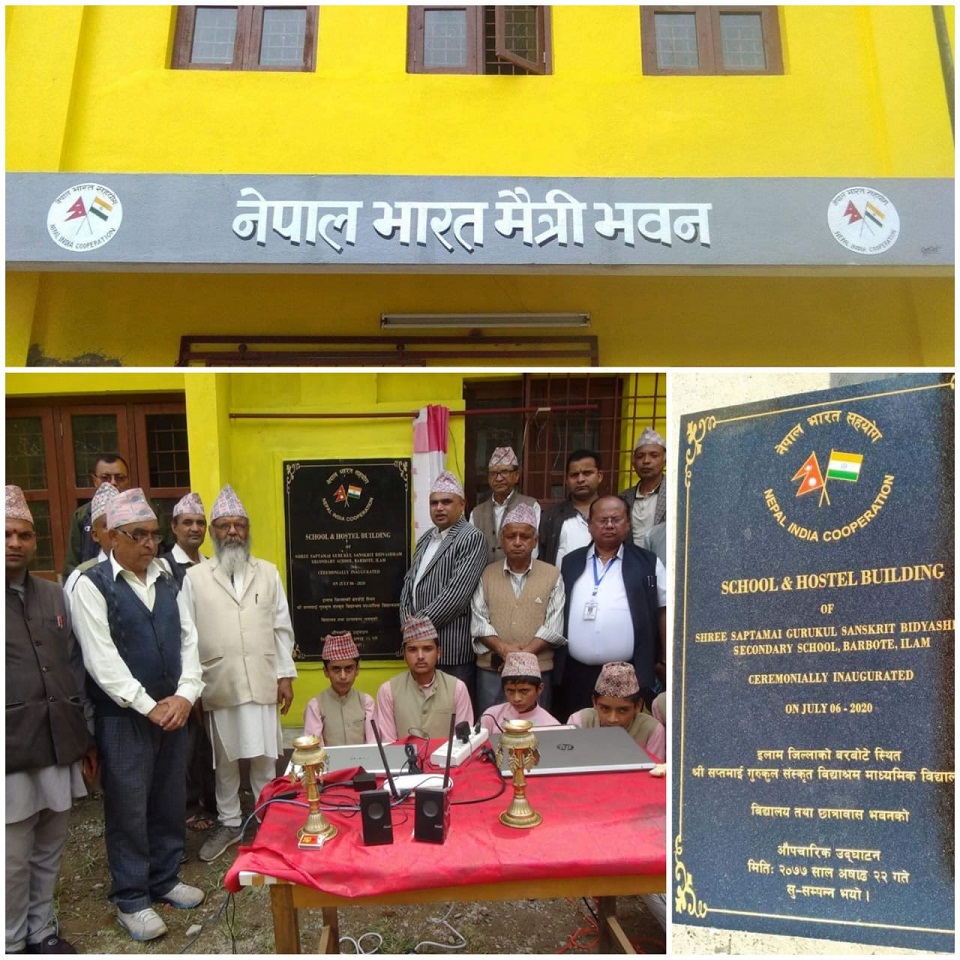 KATHMANDU, July 6: Shree Saptmai Gurukul Sanskrit Vidyalaya in Barbote Rural Municipality in Ilam was formally inaugurated via video-conferencing by the representatives of the rural municipality, School Management Committee and Embassy of India, Kathmandu, on Monday.

According to a press statement issued by the Embassy of India in Kathmandu, the school building was constructed under the Nepal-Bharat Maitri Development Cooperation program at a cost of Rs 31.13 million.

The project was implemented by the District Coordination Committee, Ilam, according to the statement.

The school was established in 2009 as a primary school and subsequently upgraded to a Secondary Level School in 2014. The school has a unique qualification of imparting Vedic as well as modern education also in Sanskrit to its students. The school provides residential facilities for students coming from the adjoining districts of Ilam.

“The newly-built infrastructure of the school is expected to boost the learning environment for students. On behalf of the people and Government of India, the Embassy is happy to be associated with the project which compliments the effort of the Government of Nepal in augmenting infrastructure in the field of education,” said the statement.