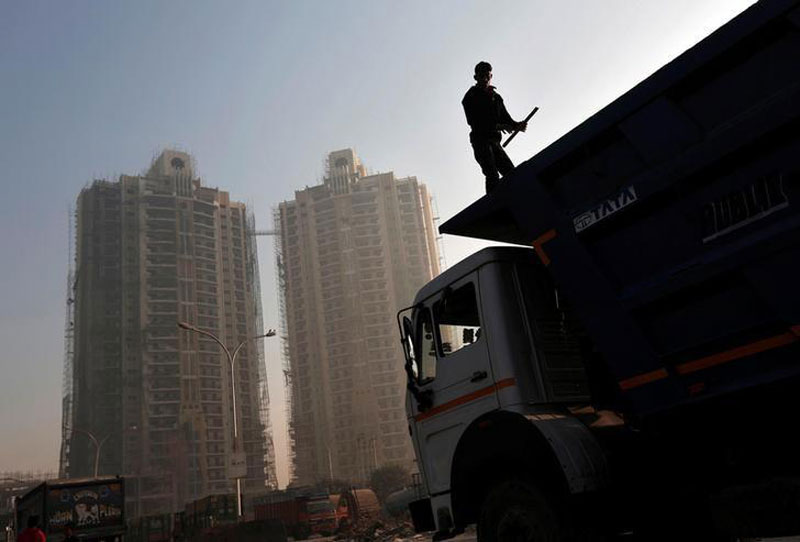 India on Friday predicted robust economic growth in the fiscal year that ends in March, but without fully accounting for the disruption caused by Prime Minister Narendra Modi's decision to abolish high-value old currency bills.

Gross domestic product (GDP) is estimated to achieve annual growth of 7.1 percent in the fiscal year 2016/17, slower than a provisional figure of 7.6 percent for 2015/16.

Most private economists have pared their growth forecasts to 6.3-6.4 percent for 2016/17, citing the impact of the demonetisation, which they reckon will linger for one more year.

Friday's GDP estimate is a cornerstone of Finance Minister Arun Jaitley's budget on Feb. 1. But the federal statistics office said the projection was mostly based on data available by the end of October.

Modi's decision on Nov. 8 to scrap 500- and 1,000-rupee banknotes as part of a crackdown on tax dodgers and counterfeiters has inflicted pain on companies, farmers and households.

"Take demonetisation into account, the rate will substantially drop," he said, adding that he expected full-year growth to be well below 6.8 percent.

Until last year, the government's statisticians would wait for GDP data for the quarter through December before putting out full-year estimates.

This year, that quarter's figures will not be available before the end of February, making the projection largely reliant on the economy's performance in the period before demonetisation, when consumer demand was strong.

The statistics office will release the data on Feb. 28, along with revised full-year growth estimates.

The withdrawal of 86 percent of cash out of circulation has disrupted supply chains at small, medium and even larger companies and left many customers short of cash.

Modi had called for patience until Dec. 30. While his deadline has passed, the pain has not.

Services industry shrank for a second straight month in December amid a severe cash shortage. Manufacturing activity plunged into contraction too.

New investment proposals slumped by nearly 61 percent to $121.21 million a day between Nov. 9 and Dec. 31 from the period between Oct. 1 and Nov. 8, according to the think-tank CMIE.

"Mostly the impact of demonetisation will be proportionally higher in micro-, smaller- and medium-scale enterprises," said Varun Khandelwal, managing director at Bullero Capital.