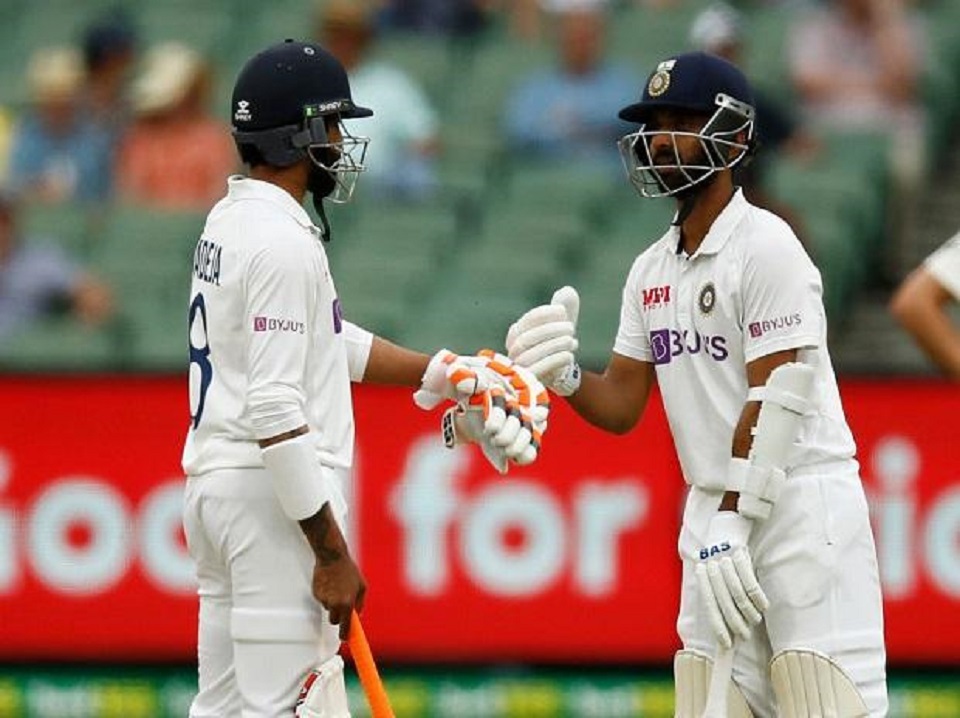 MELBOURNE, Dec 28: Australia rattled through India’s last five wickets before lunch on day three of the second test in Melbourne on Sunday but will need to bat big to set the tourists a target.

India were bowled out for 326, having built a lead of 131 runs in reply to Australia’s first innings 195.

Spinner Nathan Lyon took two wickets in the morning and finished with 3-72, while Mitchell Starc had 3-78.

India had resumed on 277 for five, with stand-in captain Ajinkya Rahane and Ravindra Jadeja looking to build a big lead under a cloudy sky that cleared to brilliant sunshine.

Those hopes were dashed when Jadeja ran out the India skipper for 112, hitting to short cover and taking off for a single that was never really there.

Having run out Virat Kohli in the Adelaide test, Rahane was on the receiving end in Melbourne but it was a disappointing end to an inspirational 223-ball knock.

A suddenly perky Australia ramped up the chatter and Starc began pelting Jadeja with bouncers.

Seemingly rattled, Jadeja pulled a short ball to deep midwicket where Cummins scurried forward and dropped to his knees to take a fine, low catch. Jadeja was out for 57.

Despite a handy 14 runs from Ravichandran Ashwin, India’s tail crumbled quickly, with Lyon having Yadav caught behind the wicket for nine.

Paceman Josh Hazlewood took his only wicket a few balls later when Ashwin pulled straight to Lyon in the covers.

Lyon wrapped up the innings when Jasprit Bumrah pulled to Travis Head in the deep to be out for a first-ball duck.