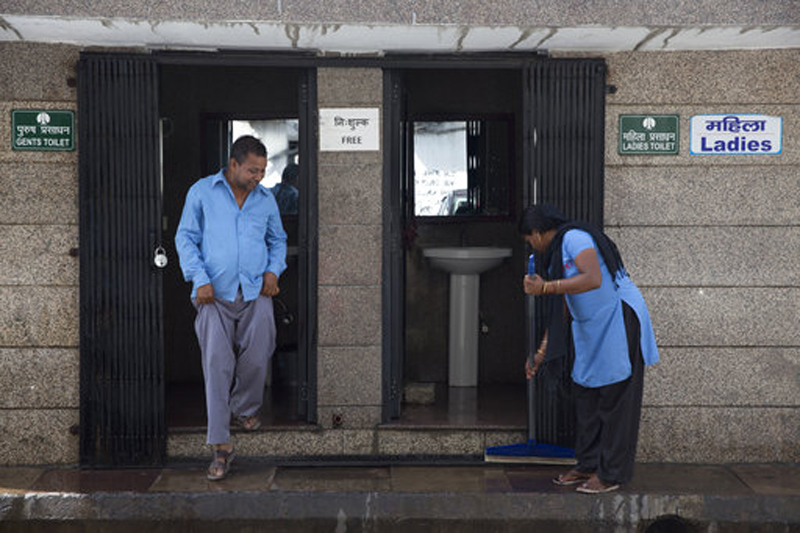 NEW DELHI, April 6: India's government has asked all states to let transgender people use any public toilet of their choice.

The Ministry of Drinking Water and Sanitation issued guidelines this week that urged stategovernments to ensure that transgender people are recognized as equal citizens. It said they should be allowed to use the facility of their choice in community toilets.

The transgender rights group Sangama said Thursday that the government decision was a good start but needs to be backed by a strong education campaign to change social attitudes.

"The transgender community faces a lot of discrimination in India," said Rajesh, the group's leader, who uses one name. "India has a long way to go as there are not even enough public toilets."

In the guidelines, the ministry also instructed state governments to recruit transgender people to help promote sanitation around the country, in the hope of changing social attitudes toward them.

Over the past decade, the transgender community and homosexuals have gained a degree of acceptance in India, especially in big cities. Many bars have gay nights, and some high-profile Bollywood films have dealt with gay issues.

Still, being gay or transgender is seen as shameful in most of the country.

KATH MANDU, July 12: Indian officials have been pressing Nepal to pay Rs 1.27 billion for an army helicopter which... Read More...