India agrees to allow Nepali cargo vessels on the Ganges 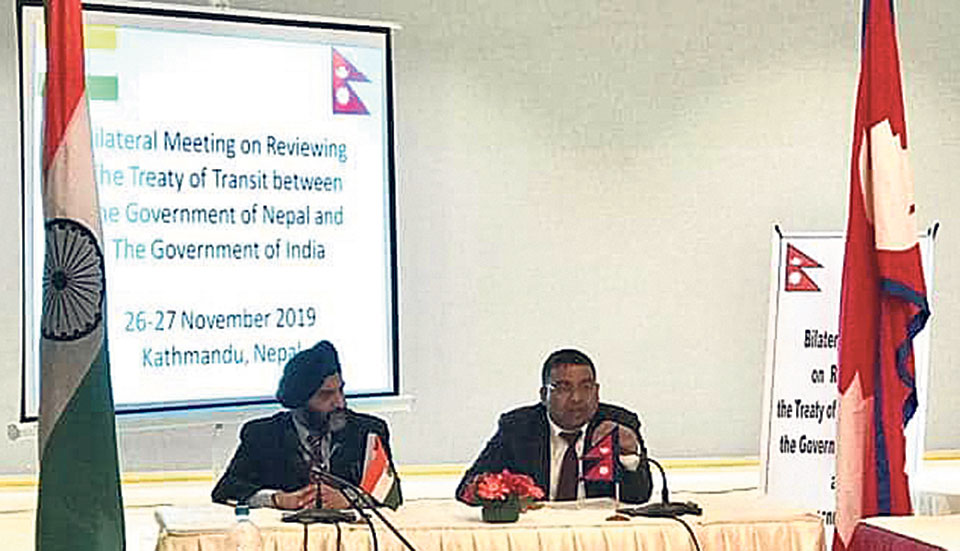 KATHMANDU, Nov 28: Nepal and India have finalized the modality for allowing Nepal to operate its cargo vessels on three inland waterways of India.

In a two-day Nepal-India Transit Treaty Review meeting that concluded in Kathmandu on Wednesday, the southern neighbor agreed to allow operation of Nepali vessels on the Ganges River that runs parallel of Nepal’s southern border, according to the Ministry of Industry, Commerce and Supplies.

Dhakal told Republica that the two countries signed the standard of procedures during the joint secretary level bilateral meeting. “Once the provision come into effect, Nepal can ferry any suitable size cargo vessels along the prescribed water routes,” he added.

Nepal has been seeking to use three inland waterways on Ganges River that include the Kolkata-Kalughat-Raxaul, Kolkata-Sahebgunj-Biratnagar, and Kolkata-Varanasi-Raxaul routes. India has developed a waterway on the Ganges River, connecting Varanasi and the seaport of Haldiya, Kolkata.

“By utilizing these water routes Nepal can expand its transit options to the sea to carry out the third country trade,” Dhakal said.

According to the ministry, the technical teams of two countries also signed agreement to allow Nepal to use railway-based transportation of bulk cargo from Kolkata and Vishakhapatnam seaports of India to Jogbani and Nautanwa near Nepal-India border.

“Along with the provision, the Indian side has also agreed to allow Nepal to carry out transshipment service via the electronic cargo tracking system in transit routes other than Vishakhapatnam-Birgunj,” Dhakal added.

At present, only Nepal-bound cargo released from Vishakhapatnam port are permitted to use electronic cargo tracking system under the transshipment facility. The provision is in pilot implementation for cargo brought via Kolkata port, said the ministry.

Dhakal said that the multimodal facilities would help reduce transit costs and make Nepali products to be competitive in the international market. “The provisions will come into effect once the revised treaty is signed at the higher level,” added.

This is the first time in almost two decades that the two South Asian neighbors have sat for revising the transit treaty. The treaty was revisited by two countries earlier in 1999. According to the ministry, only small amendments were made to some clauses of the treaty over the time.

Dhakal said the treaty will be automatically renewed from January 5, 2020 till 2027.

According to the ministry officials, the two sides also discussed on Nepal’s proposal to use two Indian seaports – Dhamra in Odisha and Mundra in Gujarat – for its third-country trade. “But Indian officials said that they would first carry out detailed feasibility before deciding whether to allow use to use these ports,” Dhakal added.

India likely to allow Nepal to use three inland waterways

KATHMANDU, Nov 27: India has given a positive response to Nepal’s proposal for allowing inland waterways in three routes and... Read More...

VARANASI, India, Feb 14, 2019: They arrive in battered cars, on crutches and sometimes on a stretcher barely able to breathe... Read More...