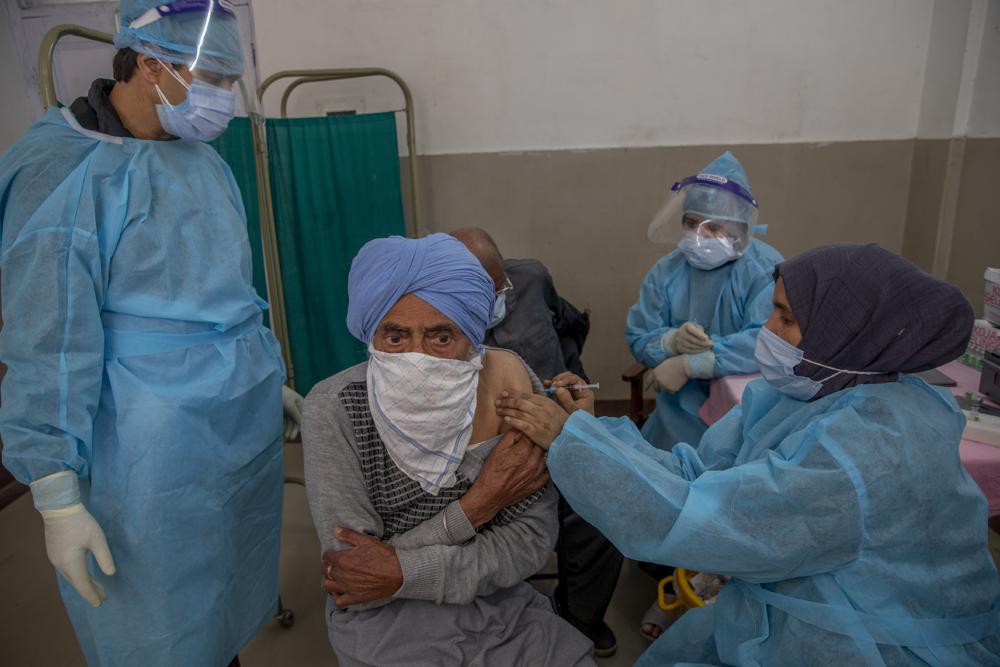 NEW DELHI, April 29: India set another global record in new virus cases Thursday, with another 375,000 people infected, as the country gears up to open its vaccination rollout to all adults Saturday.

It now has reported more than 18.3 million cases, behind only the United States. The health ministry also reported 3,645 deaths in the last 24-hour period, bringing India’s total to 204,832, according to the health ministry. Experts believe both figures are an undercount, but it’s unclear by how much.

India has set a global record for daily new cases for seven of the past eight days.

Starting Wednesday, all Indians 18 and older were allowed to register on a government app for vaccinations, but social media were flooded with complaints the app had crashed due to high use, and once it was working again, no appointments were available.

The mass vaccination drive for the nation of nearly 1.4 billion people began in January and has crawled along since. Nearly 10% of people have received one jab, but only around 1.5% have received both required doses. The latest effort to vaccinate those between ages 18 and 44 is expected to face problems, including whether states even have enough supplies.

On Wednesday, the health minister in hard-hit Maharashtra state promised free vaccines for that age group but clarified the state didn’t have enough stock to start giving the vaccines on Saturday.

The recent surge has been partly fed by new variants of the coronavirus, mass public gatherings such as political rallies and religious events that were allowed to continue, and relaxed attitudes on the risks fed by leaders touting victory over the virus.

With the country’s healthcare system collapsing under the record surge, help has also come from overseas. On Wednesday, the United States sent the first of several COVID-19 medical shipments to India. Britain sent a shipment earlier this week while others like France, Germany, Ireland and Australia have also promised help.

USA, April 25: The United States is deeply concerned by a massive surge in coronavirus cases in India and plans... Read More...