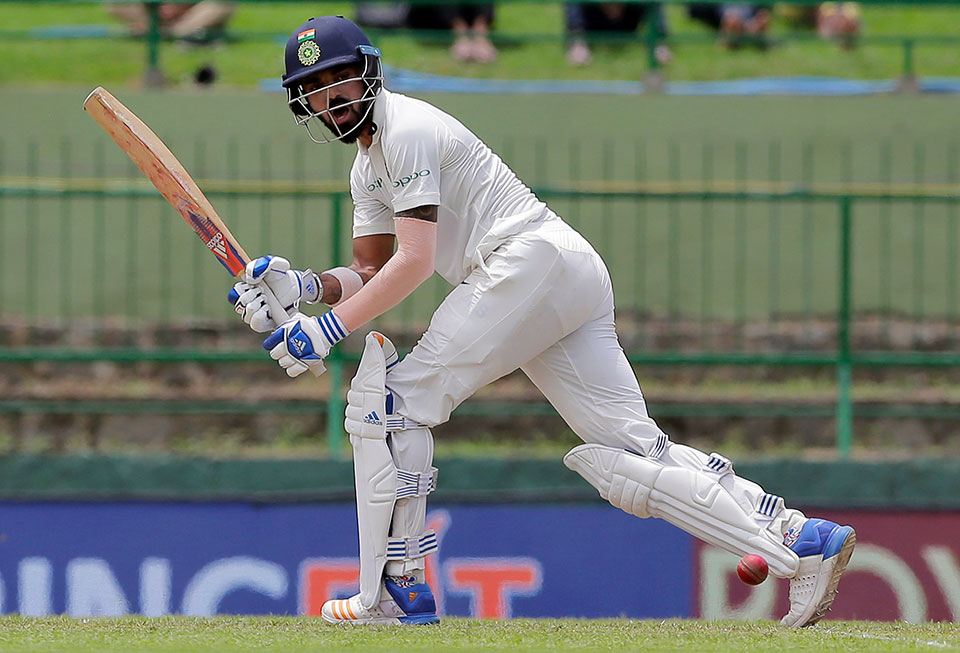 PALLEKELE, Sri Lanka, August 12:  Opener Shikhar Dhawan scored his sixth test century Saturday before Sri Lankan spinners hit back with three wickets in the middle session as India reached 235-3 at tea on the opening day of the third and final cricket test.

Rahul was the first Indian wicket to fall when he tried to clear mid-on against left-arm spinner Malinda Pushpakumara and was caught by Dimuth Karunaratne. He faced 130 balls and hit eight boundaries.

Cheteshwar Pujara, who scored centuries in the two previous tests, was out cheaply after edging Lakshan Sandakan to Angelo Mathews at slip, leaving Sri Lanka 229-3.

India captain Virat Kohli was 11 not out with Ajinkya Rahane on three.

Pushpakumara had 2-19 in six overs.

Earlier, Kohli won the toss for a third time in the series and elected to bat first, a strategy that has proved successful for him in the series.

The opening pair of Dhawan and Rahul gave India a brisk start and reached 134 without loss at lunch. India scored a further 101 runs in the middle session despite three wickets falling.

India has already secured the series 2-0 with two big wins and is looking for a series whitewash.

‘RSP should not join the govt’
49 minutes ago