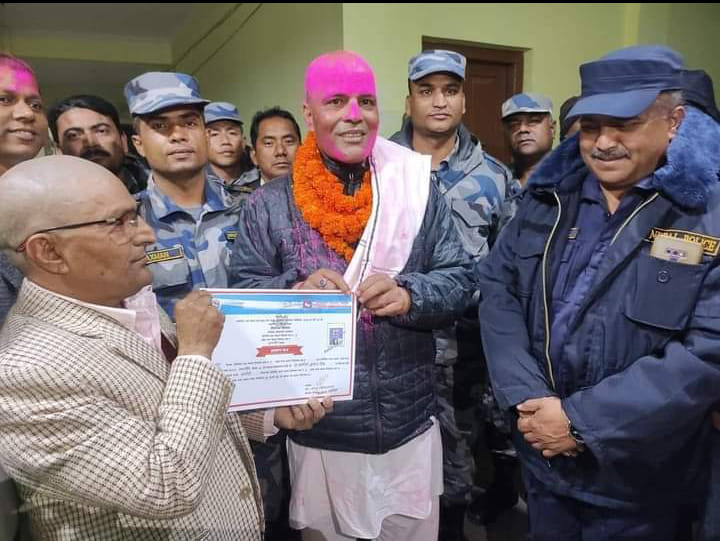 SARLAHI, Nov 25: Independent candidate Amaresh Singh has won the election to the Member of House of Representatives from Sarlahi electoral constituency number 4. He secured 20,017 votes. His closest competitor Nagendra Kumar of the Nepali Congress on behalf of the ruling coalition obtained 18,253.

Singh had filed his candidacy as an independent after the Nepali Congress denied him the candidacy.

Similarly, another independent candidate Madhumala Kumari Yadav got 14,622 votes. There were 112,494 registered voters in Sarlahi constituency number 4 and the voter turnout in the election on November 20 was 72,882 (64.79 percent).

Meanwhile, Nepali Congress' candidate Birendra Prasad Singh has won the election to the Province Assembly (PA) Member from Sarlahi 4A while Phakira Mahato of Maoist Centre  has been elected as the PA member from constituency 4 B. Singh garnered 15,693 votes and his closest contender UML's Ram Babu Raya got 14,616. Similarly, Mahato secured 8,033 votes. He defeated his nearest rival Anita Devi, an independent candidate, by 357 votes.

Construction of transmission line connecting China in limbo
17 minutes ago

Role of Jyapu community in development of agricultural economy is important: PM Deuba
47 minutes ago