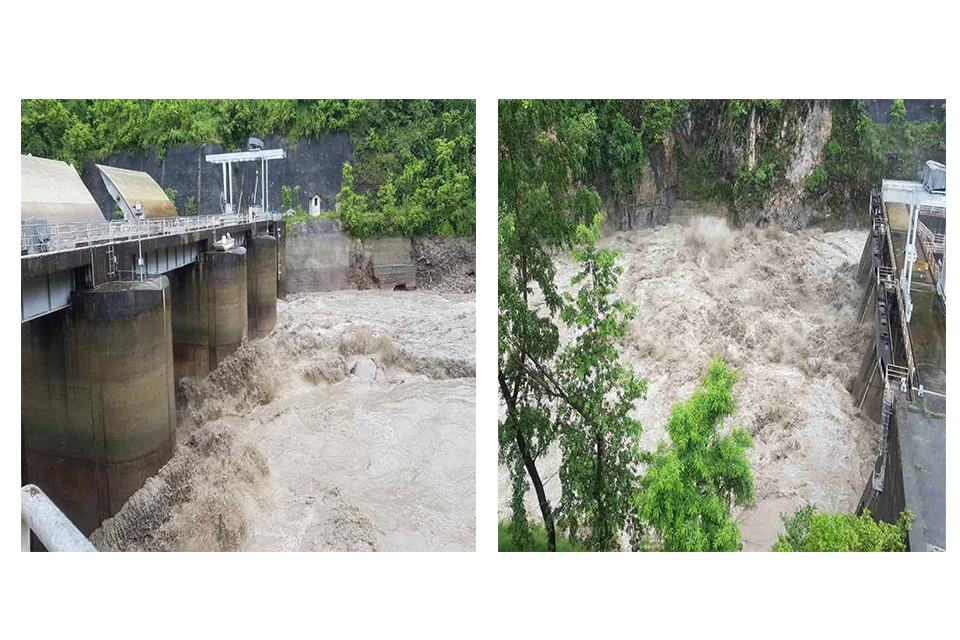 KATHMANDU, July 10: The generation and supply of about 500 megawatt of electricity has been hampered due to the incessant rain and rise in the levels of rivers across the nation.

According to NEA, technical staffers are engaged in their respective jobs 24 hours to fix the problems in power houses, transmission and distribution lines. The NEA is working to bring the power houses and systems back into operation.

Nepal’s biggest 144 MW Kaligandaki A Hydroelectric Power Station has stopped working from Friday morning due to floods. Pashupati Gautam, chief of the power house, informed Republica Online that there is no surety on when the power house will come into operation now as the water level of Kaligandaki has risen dramatically.

The NEA’s 70 MW Middle Marsyangdi Hydropower Station, 16 MW Trishuli Hydropower Station, 14 MW Devighat Power House have stopped operating due to the seasonal hindrance. Similarly, the private sector power houses generating 240 MW of electricity including the 45 MW Upper Bhotekoshi are out of service. The incessant rain has also hampered the Kabeli Corridor transmission line at Siddhithumka, Ilam halting the generation of 150 MW electricity from projects connected to this line. There have been problems in electricity supply as heavy rainfall has caused disconnection of wires and fallen trees have damaged electricity lines across the country.

Together, forward in the fight against COVID-19

The WHO South-East Asia Region is entering a new phase in its pandemic response. In recent weeks the spread of... Read More...