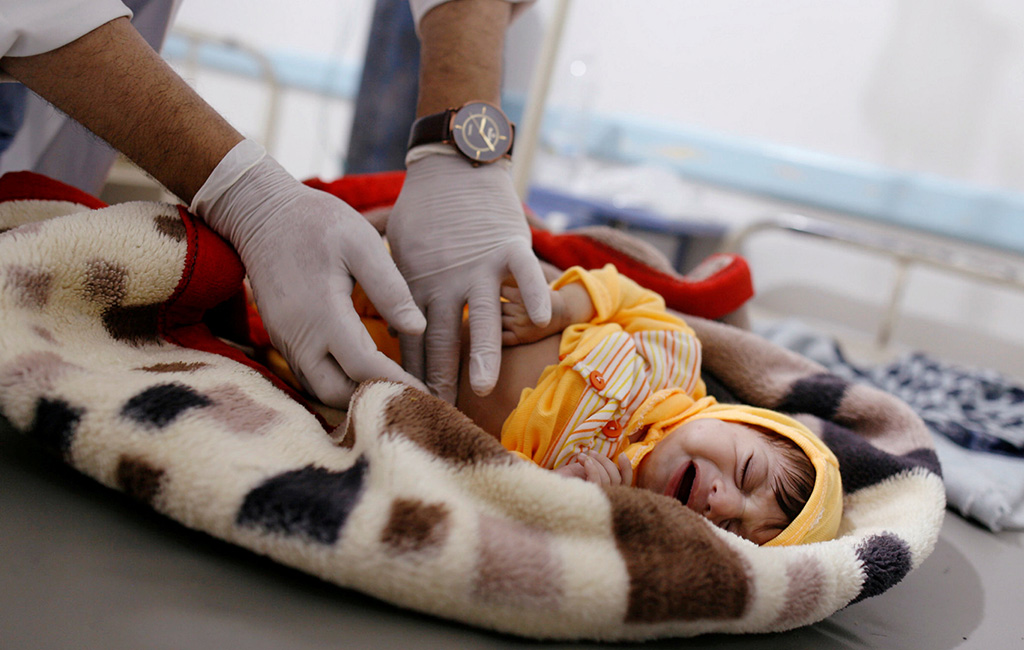 LONDON, Jan 4: Scientists have found that a strain of cholera causing an epidemic in Yemen – the worst in recorded history – came from eastern Africa and was probably borne into Yemen by migrants.

“Knowing how cholera moves globally gives us the opportunity to better prepare for future outbreaks,” said Nick Thomson, a professor at Sanger and the London School of Hygiene and Tropical Medicine who co-led the work.

Nearly four years of war between a Saudi-led coalition and the Iranian-aligned Houthi group have crippled healthcare and sanitation systems in Yemen, where some 1.2 million suspected cholera cases have been reported since 2017, with 2,515 deaths.

The World Health Organization (WHO) warned in October that the outbreak is accelerating again with roughly 10,000 suspected cases now reported per week, double the average rate for the first eight months of 2018.

To explore the origins of the outbreak, Sanger and Pasteur team sequenced the genomes of cholera bacteria samples collected in Yemen and nearby areas.

They included samples from a Yemeni refugee center on the Saudi Arabia-Yemen border and 74 other cholera samples from South Asia, the Middle East and eastern and central Africa.

The team, whose findings were published in the journal Nature on Wednesday, then compared these sequences to a global collection of more than 1,000 cholera samples and found that the strain causing the Yemen epidemic is related to one first seen in 2012 in South Asia that has spread globally.

However, the Yemeni strain did not arrive directly from South Asia, the scientists found, but was circulating and causing outbreaks in eastern Africa in 2013-14, prior to appearing in Yemen in 2016.

“Genomics enabled us to discover that the strain of cholera behind the devastating and ongoing epidemic in Yemen is likely linked to the migration of people from eastern Africa into Yemen,” said Thomson. He added, however, that from the samples available, the team was not able to pinpoint exactly which countries in eastern Africa the strain had come from.

Cholera kills over 2000 in Yemen

YEMEN, March 12: Over 2000 people have died of cholera in Yemen over the past year, reports Russian consumer surveillance service... Read More...