In tweet blitz, Trump defends his use of social media 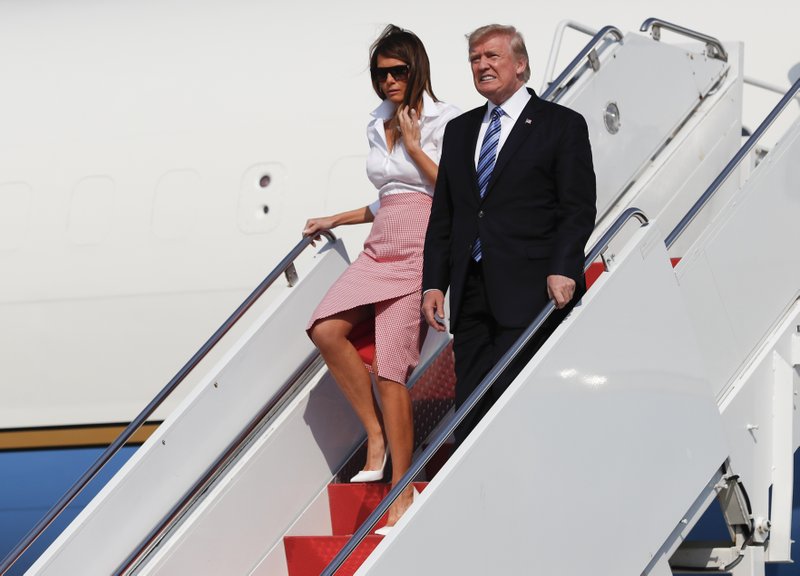 The president’s stream of insults has pained politicians from both parties who have appealed to him, without apparent success, to stop the 140-character bursts of character attacks and focus on running the country. Saturday evening, Trump was at it again.

Trump lashed out at Joe Scarborough and Mika Brzezinski, co-hosts of MSNBC’s “Morning Joe,” on Twitter earlier Saturday. From his New Jersey golf club, he said: “Crazy Joe Scarborough and dumb as a rock Mika are not bad people, but their low rated show is dominated by their NBC bosses.”

Trump also said that Greta Van Susteren lost her nightly show on MSNBC because she “refused to go along w/ ‘Trump hate!’” MSNBC confirmed this week that Van Susteren, previously a longtime anchor at Fox News, was being replaced.

NBC declined comment on all the tweets Saturday from the president. “Morning Joe” just finished the highest-rated quarter in the show’s history. MSNBC never officially gave a reason for replacing Van Susteren’s show; it did, however, lag in the ratings compared with the network’s other shows.

Later in the day, Trump renewed his screed against the media.

“The FAKE & FRAUDULENT NEWS MEDIA is working hard to convince Republicans and others I should not use social media - but remember, I won the 2016 election with interviews, speeches and social media. I had to beat #FakeNews, and did. We will continue to WIN!” Trump said on Twitter.

And he said he was thinking about “changing the name of #FakeNewsCNN to #FraudNewsCNN.”

Trump drew broad condemnation for his tweets on Thursday calling Brzezinski “crazy” and saying she was “bleeding badly from a face-lift” when he saw them at his Florida estate. The comment was decried as sexist and vulgar by many Democrats and Republicans.

The MSNBC personalities said Friday that Trump was lying about their December encounter and they questioned his “unhealthy obsession” with their program. The hosts, who are a couple onscreen and off, also said the White House told them a damaging National Enquirer story about their relationship would “go away” if they called the president and apologized for harsh commentary. Trump quickly disputed the claim on Twitter.

Trump’s continued focus on cable television comes as Republicans are struggling to find agreement on a health care overhaul, a key promise from the president and GOP lawmakers. And Trump is heading to the annual Group of 20 meeting this week, where he will meet with Russian President Vladimir Putin, a high-stakes encounter that could put Trump’s “America First” policy to the test.

Trump also tweeted angrily at CNN on Saturday, saying the network, which he has long pilloried, “has finally been exposed as #FakeNews and garbage journalism.”

CNN recently accepted the resignations of three employees involved in a retracted story about a supposed investigation into a pre-inaugural meeting between a Trump associate and the head of a Russian investment fund. The network had no comment on Saturday’s tweet.

While some twitter users have said that the SC decision to issue arrest warrant against Dr KC was an overreaction,... Read More...

KATHMANDU, APRIL 18: At 2:41 am on Monday, Home Minister Bimalendra Nidhi posted a tweet, expressing his doubt over the preparedness... Read More...