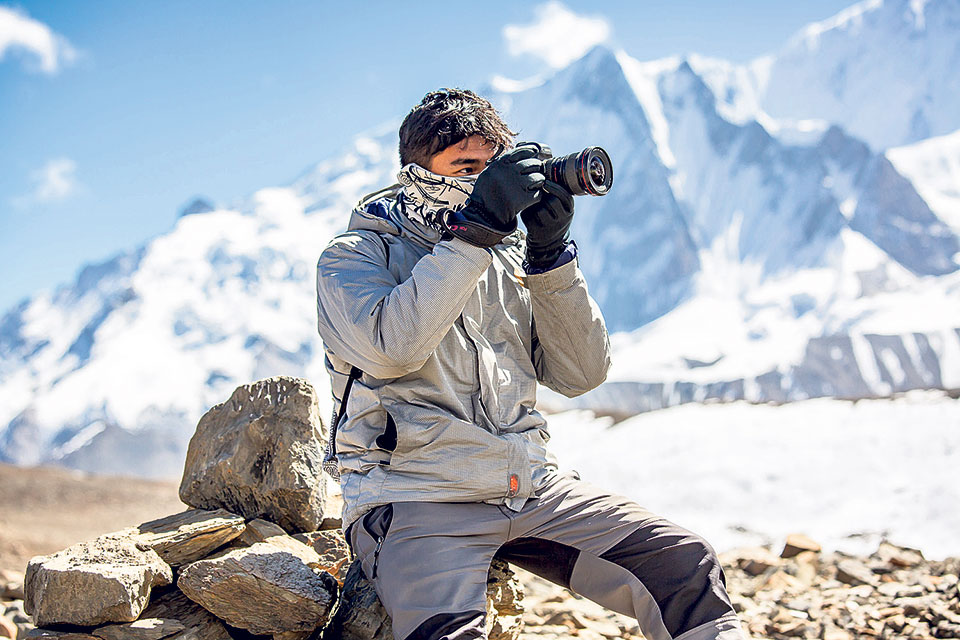 Bijayabar Pradhan grew up in Thamel. And that meant he was more outdoors than indoors. Add to that the innate adventurer in him, Pradhan was never meant for the confines of walls. Along with his preference for the outdoors, Pradhan also had a knack for photography. He simply loved taking pictures. “I’m the first to admit that I don’t have a good memory. I tend to forget a lot of things and taking photos is my way of immortalizing moments,” he says.

While photography was a personal indulgence, Pradhan kept busy with social volunteering and managing sporting events (mountain biking, rock climbing, and running) with his brother under the company ‘Pangro’. He was always open to trying out new things so when his mentor, who also runs an event management company (Gnarly) and is a photographer by profession, offered him an opportunity to photograph an event in Sikles (eight-hour drive from Pokhara), he jumped at the chance. He didn’t have great faith in his photography skills but held a quote by Mike Tyson to heart, “If you don’t think you’re great, how will they?” And believing in his skills and work ethics has helped him take on any challenge that comes his way with confidence.

He then borrowed a camera from his brother and set on to the trail running event in Sikles. It was here that he fell off a cliff and got a taste for the wild. Photographing runners, he soon learnt, was just as hard as running itself. Seasoned photographers broke into cold sweat when keeping up with the runner’s’ pace while capturing well-timed shots. For a novice like Pradhan it was a huge challenge but one he welcomed.

In his travels Pradhan has broken nine bones, cracked his knuckles, fallen into a river, fallen off a horse, fallen off a horse and this, he says, have been the highlights of his travels. His first stint in Sikles introduced him to team photographing and he wanted to do more of that. Right after Sikles, he signed up for photographing Manaslu Trail Run that goes along the Manaslu Circuit. For someone who had never been on a trek before this, the race was quite an undertaking.

At an altitude of 5000 metres, the Manaslu Trail Run was a 10-day race that covered some 200 kilometers of ground around the circuit. Traveling with a band of professional athletes, Pradhan was reminded of the frailty of his body, bequeathed to his city upbringing, “a Kathmandu lad,” he remembers being called. “I was 19 then, still so closed off and caught up in the urbane life. It’s much better now. Long treks don’t take a toll on me as they used to,” he explains.

During the Manaslu Trail Run a runner removed the signal flags from their original locations and Pradhan lost his way. He eventually landed up three hills away from his destination. One local shopkeeper, who was the same age as him offered him a horse ride and Pradhan took up the offer promptly. “I have never, in my 21 years of life, been on anything faster than that horse,” he claims adding that the horse missed a footing and Pradhan was thrown off his ride at one point. “That was probably the best thing to have happened to me on the trip,” he exclaims.

Currently, Pradhan works as a freelance photographer but he’s also associated with 360 VMAG, Northeast Kathmandu, Pagoda Laps, and Pangro. Although he identifies as a landscape photographer, he’s worked with micro galleries (to capture artists and their works) and frequently covers adventure sports too. Pradhan shares his pictures through Instagram where they are enthusiastically received by his followers. Recently, he is working on the captions for the storytelling aspect of his photos. His account is how he reserves and shares his work and it’s also through this account that he is contacted for projects.

Pradhan believes himself to be clumsy by nature and is thus very prone to accidents, thus the several fractures. When in Bardiya for a photography workshop under Balan Madhavan (the celebrated Nat Geo photographer), Pradhan’s group was the only one that didn’t spot a tiger in a week’s watch. Frustrated, he walked some distance in the wilderness and suddenly he was inches away from an enormous tiger. “I did what any normal person would do. I ran away screaming. For a few seconds, I was convinced that the tiger would chase and kill me. But I managed to escape and warn my team,” he recalls. Later that night though he found himself to be the center of conversations and being referred to as “the guy who met the tiger.”

Pradhan wasn’t a nature enthusiast while growing up but he is one today. His work in the wilderness and amidst the spectacular hills and plains of Nepal has made him appreciate the natural beauty the country has to offer. He hopes that kids of all generations will grow up appreciating the beauty Nepal has been bestowed with.

And perhaps with his photos he can help in doing so because he has after two years of professional photography learnt the power of one good capture. “I’m not one for poses and I definitely don’t have an eye for fashion. But I think I’m good at capturing emotions, people in their zones (as with adventure sports). What I love about photography is how I have the power to turn something grotesque into a piece of art and vice versa. Photography is magic,” he concludes. 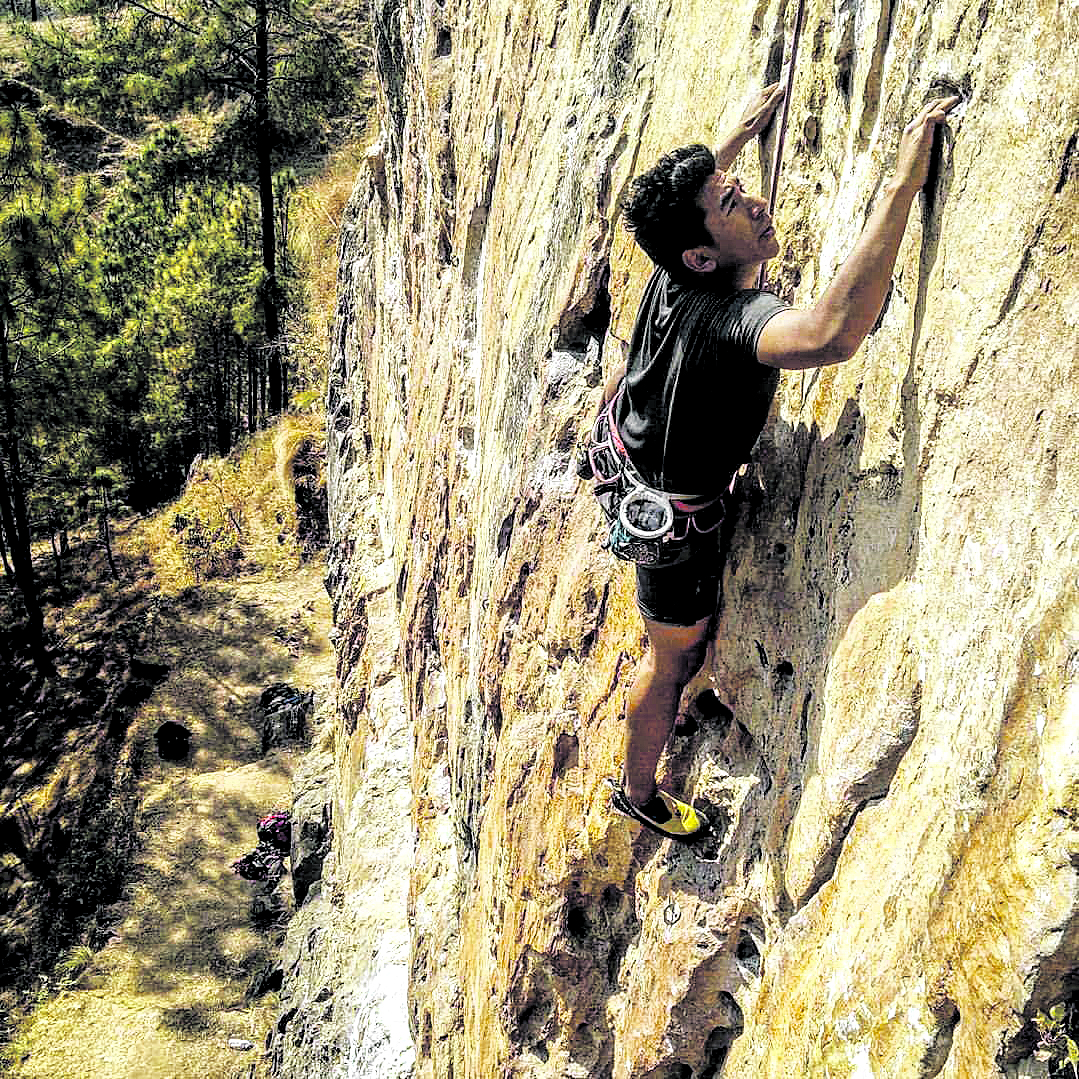