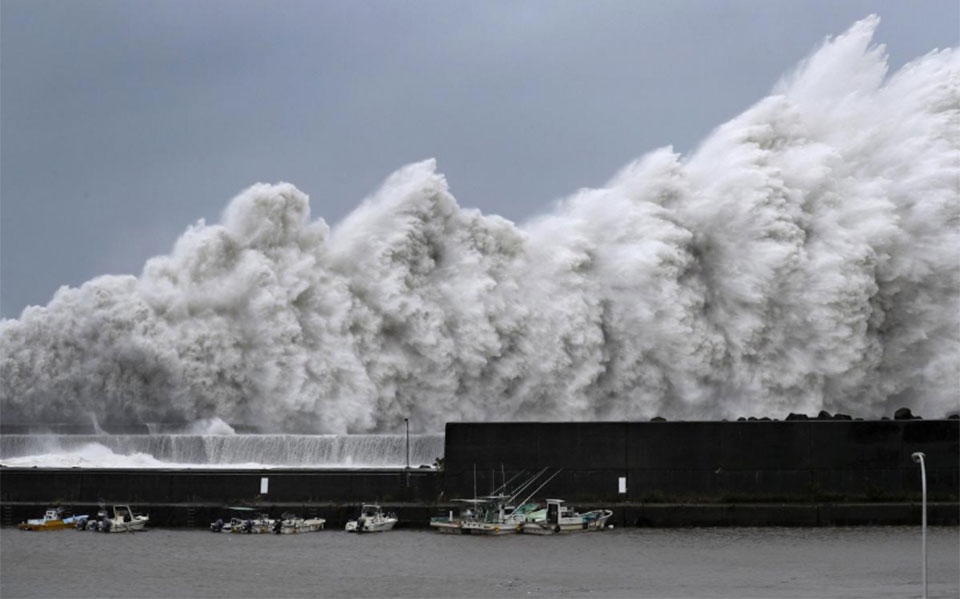 TOKYO, Sept 5: A powerful typhoon killed 10 people in western Japan and an airport company started to transfer some 3,000 stranded passengers by boats from a flooded airport, the government said on Wednesday, as more than a million homes were without power.

Jebi, or “swallow” in Korean, was briefly a super typhoon and is the most powerful storm to hit Japan in 25 years. It follows heavy rains, landslides, floods and record-breaking heat that killed hundreds of people this summer. 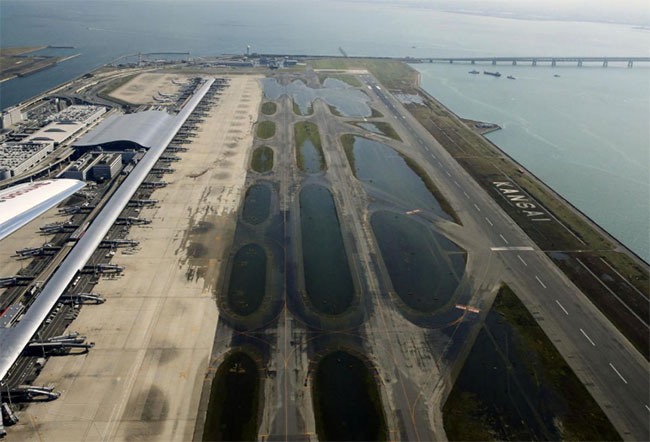 An aerial view shows a flooded runway at Kansai airport, which is built on a man-made island in a bay, after Typhoon Jebi hit the area, in Izumisano, western Japan, in this photo taken by Kyodo September 5, 2018.  REUTERS

About 3,000 tourists stayed overnight at Kansai Airport in western Japan, an important hub for Japanese companies to export semiconductors. Television footage showing people lining up to buy food and drinks at a convenience store in the airport.

Airport officials began transferring the stranded passengers to nearby Kobe airport by high-speed boats and buses on Wednesday morning, the government said.

Chief Cabinet Secretary Yoshihide Suga said about 300 people were injured. It was uncertain when the airport would reopen and some roads and train lines in the affected areas were still closed, he said. About 1.2 million homes were without power.

“The government will continue to do everything possible to tackle these issues with utmost urgency,” Suga told a news conference.

Japan’s JXTG Nippon Oil & Energy Corp shut at least one of the refining units at its 135,000 barrels-per-day Sakai refinery in Osaka in western Japan due to typhoon damage to part of the cooling tower, the trade ministry said.

Many chip plants operate in the Kansai region. Toshiba Memory, the world’s second-largest maker of flash memory chips, was monitoring developments closely and may need to ship products from other airports if Kansai remains closed, a spokeswoman said.

She said the company was not expecting a major impact because its plant in Yokkaichi in central Japan had not been affected by the typhoon.

It could take several days to a week to reopen Kansai airport depending on the damage, the Yomiuri newspaper quoted an unidentified person in the airline industry as saying.

Jebi’s course brought it close to parts of western Japan hit by rains and flooding that killed more than 200 people in July but most of the damage this time appeared to be from the wind. 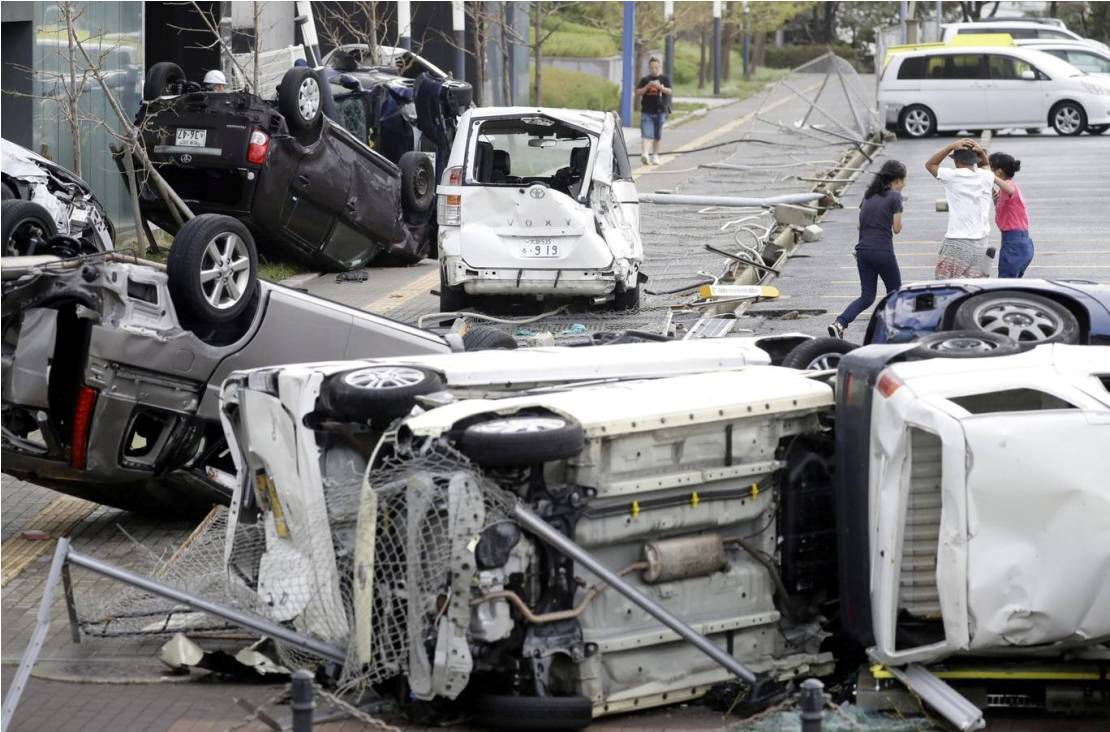 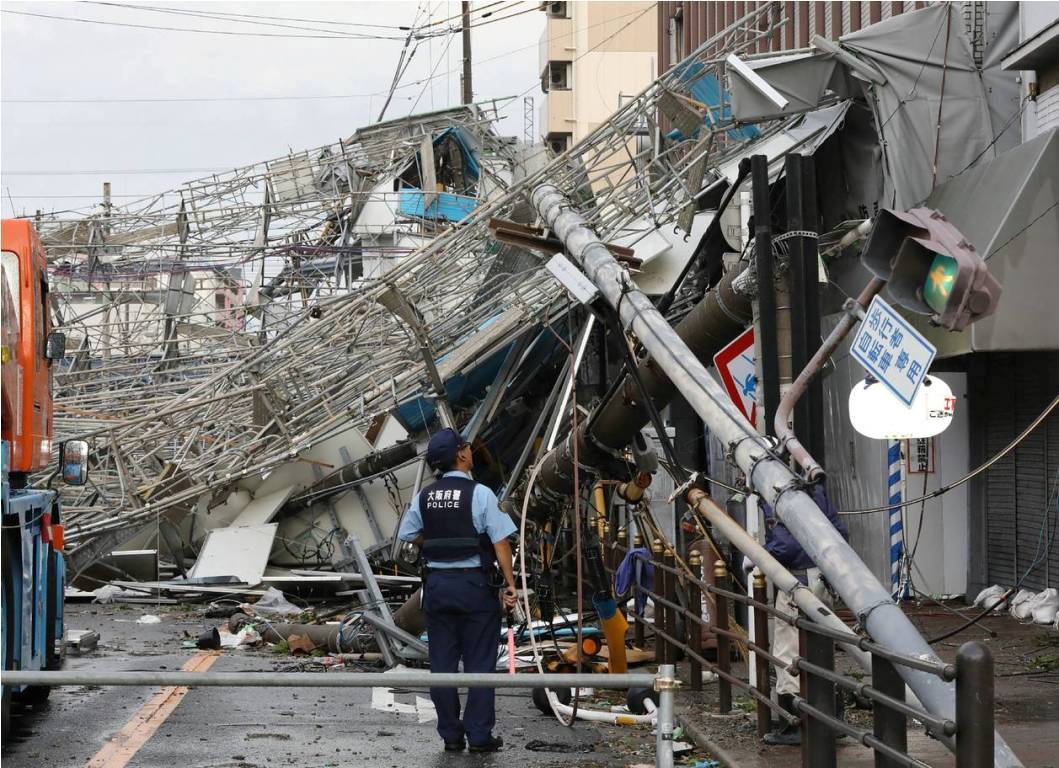 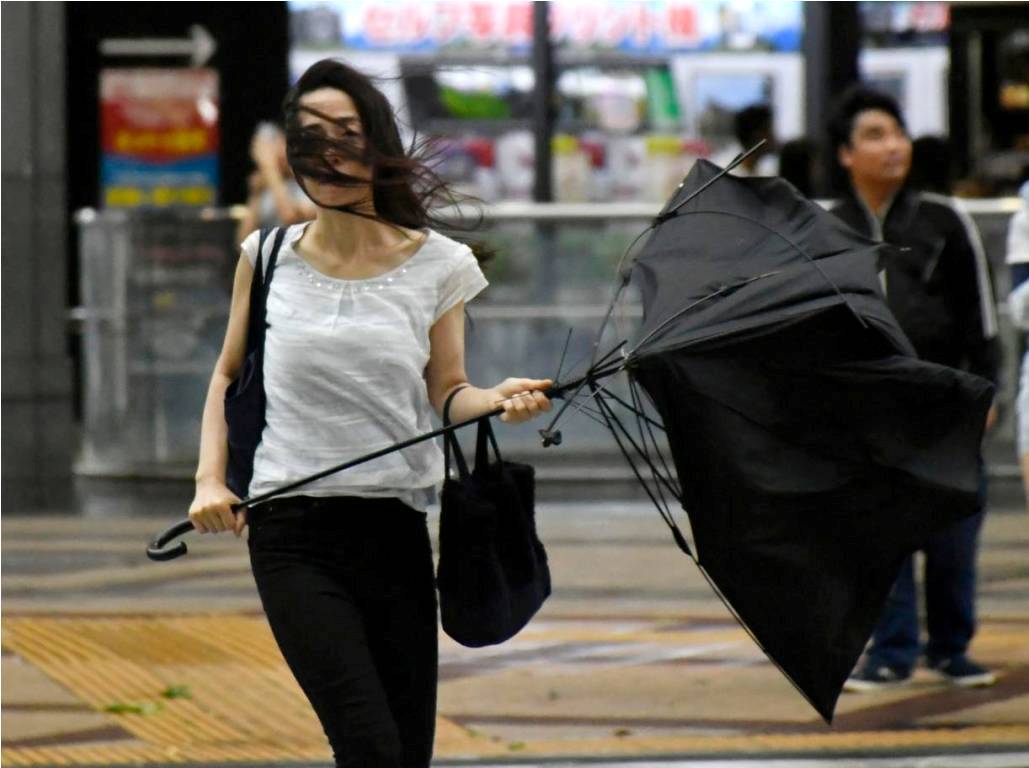 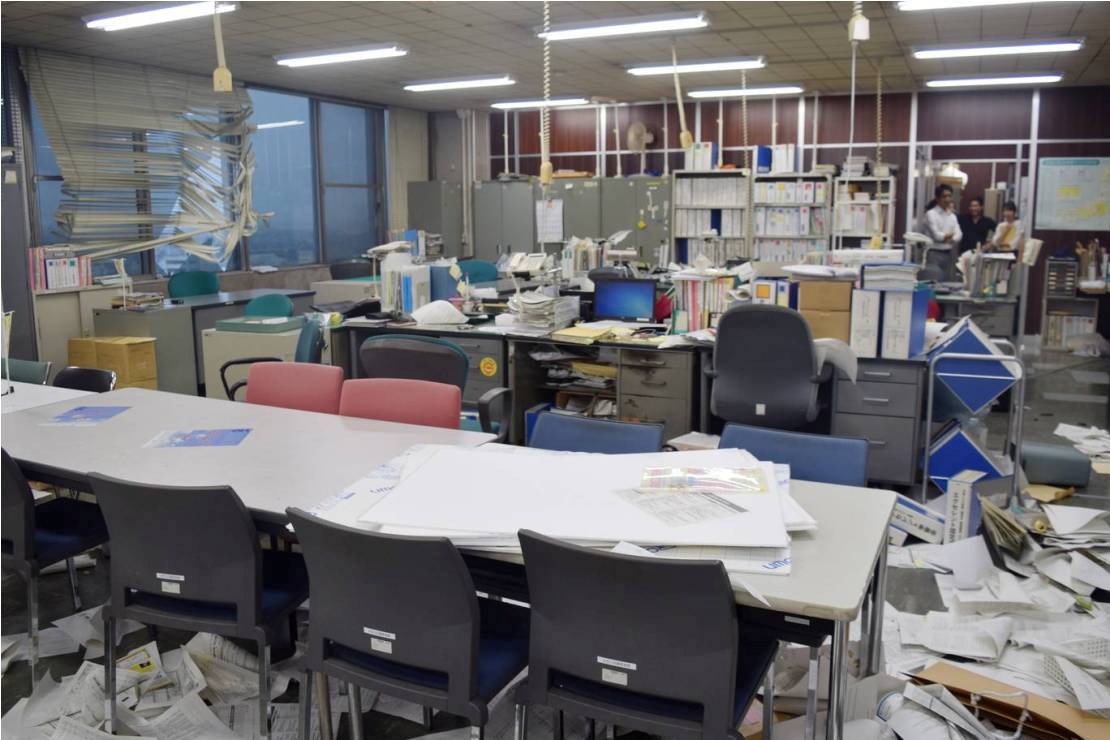 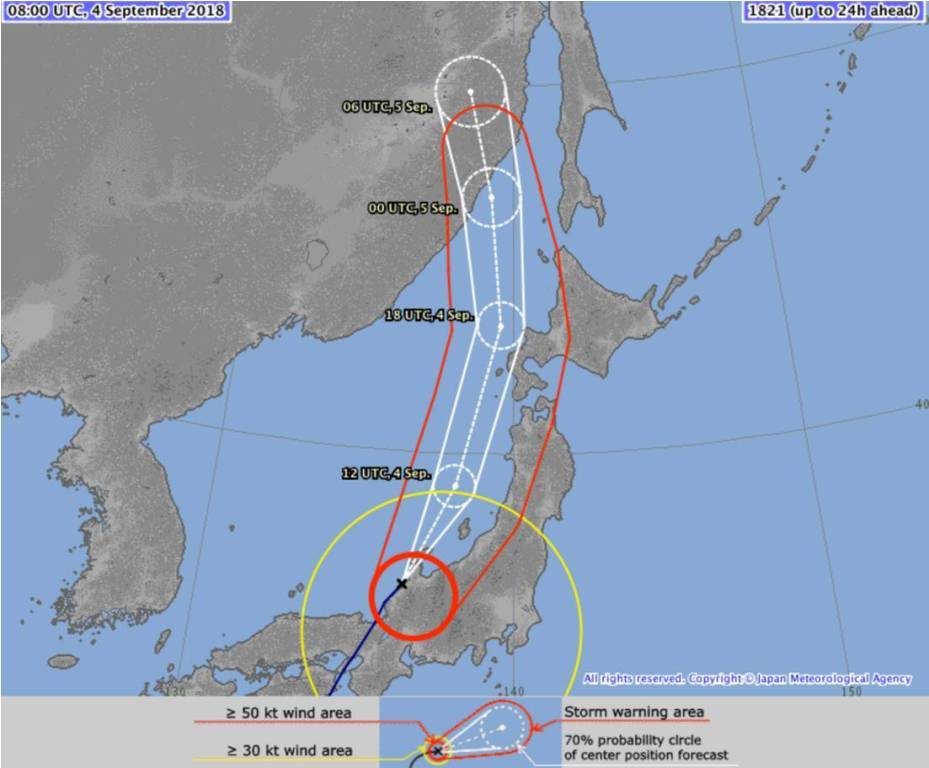 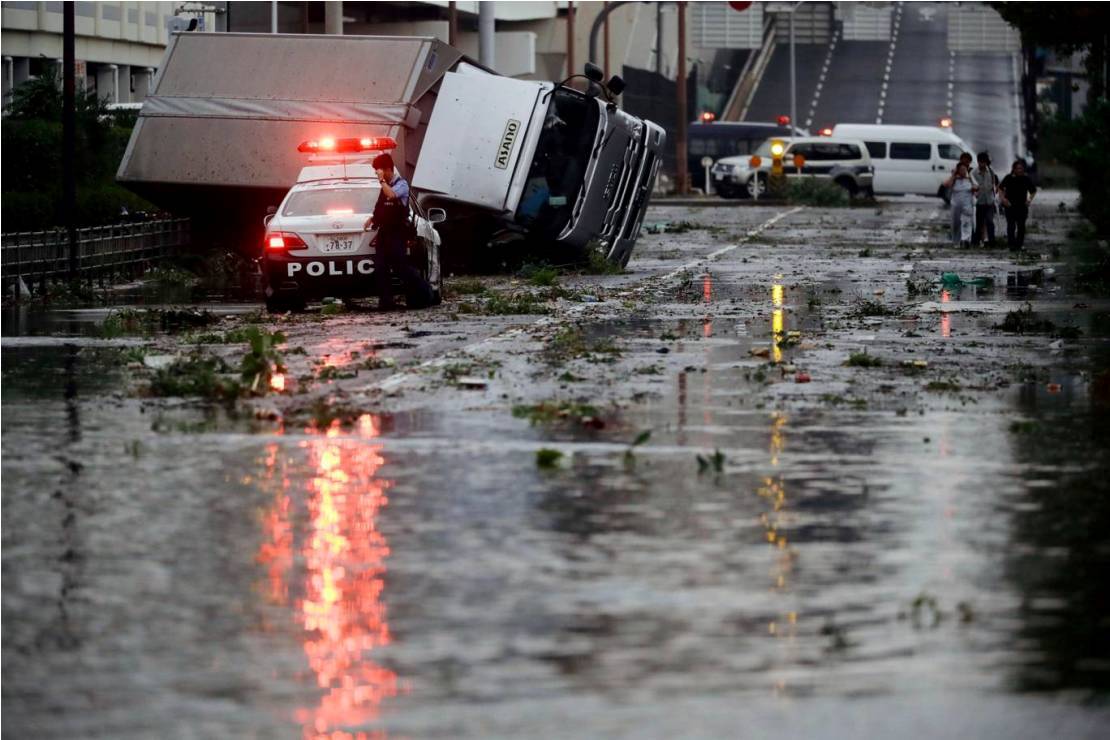 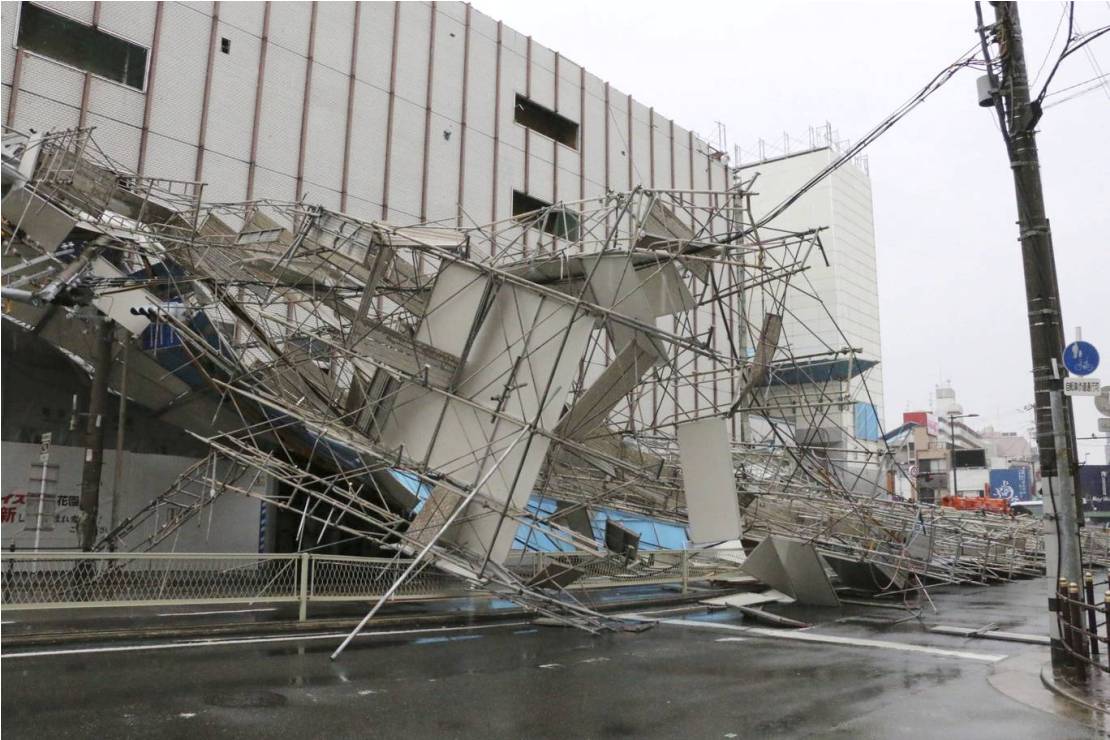 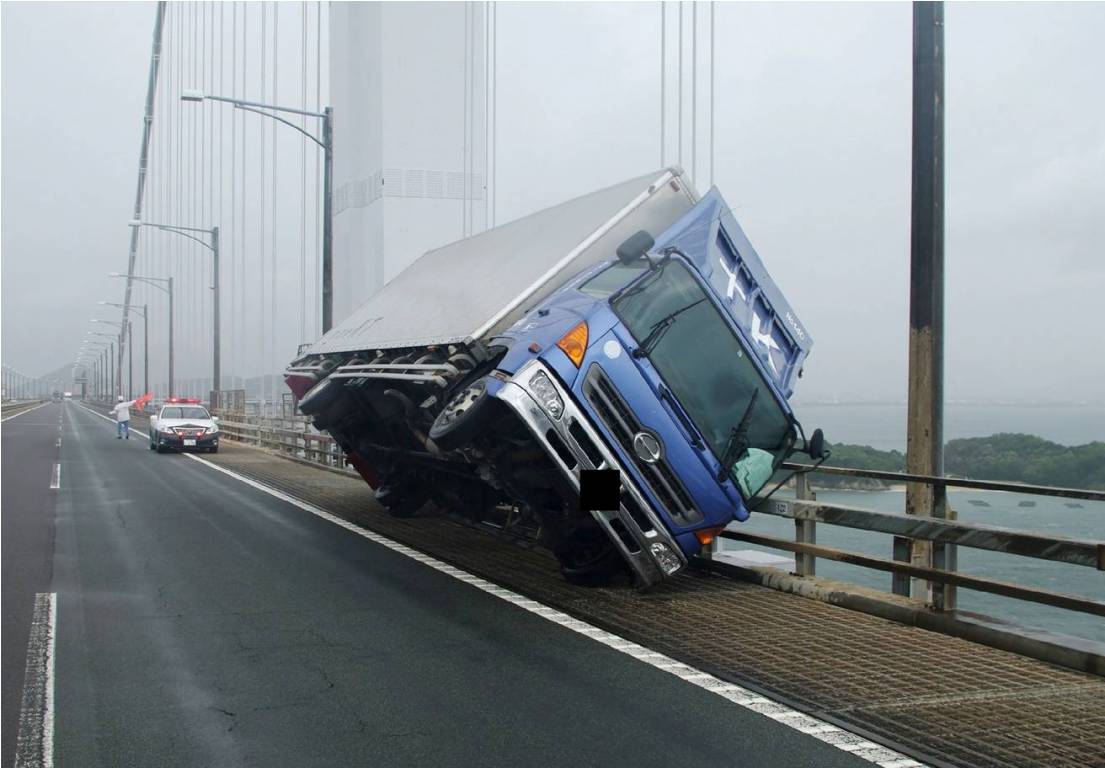 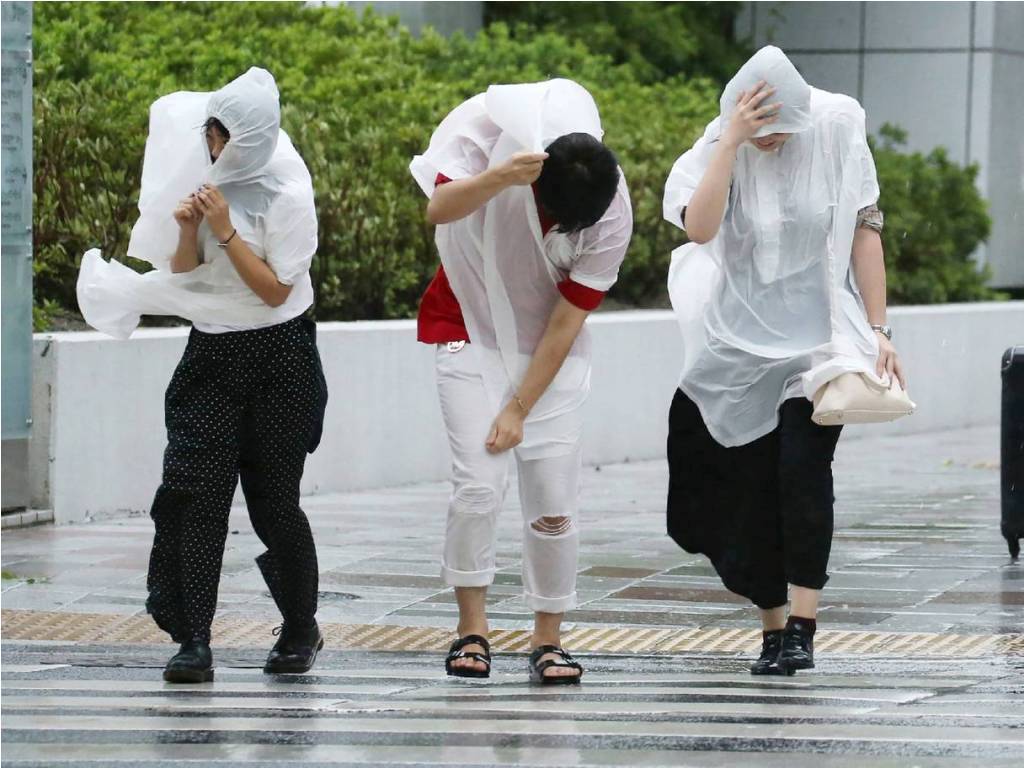 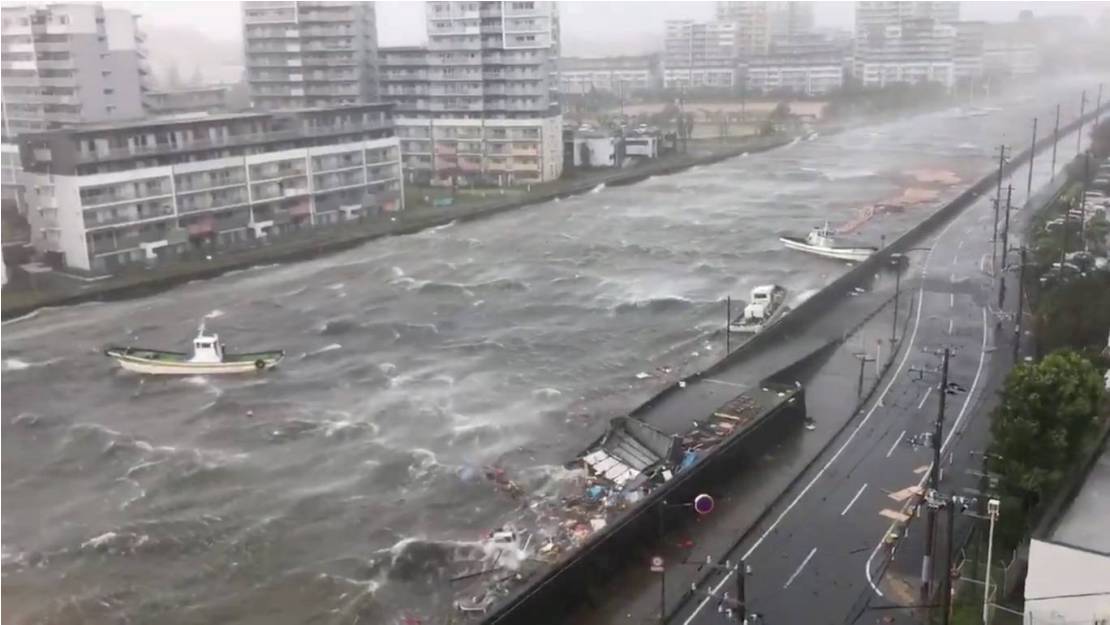 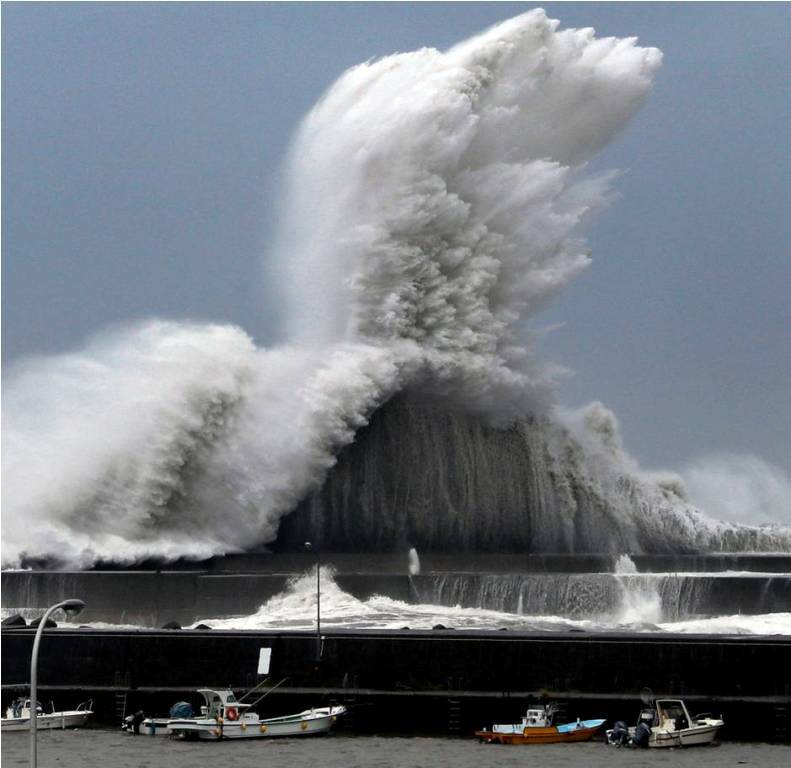 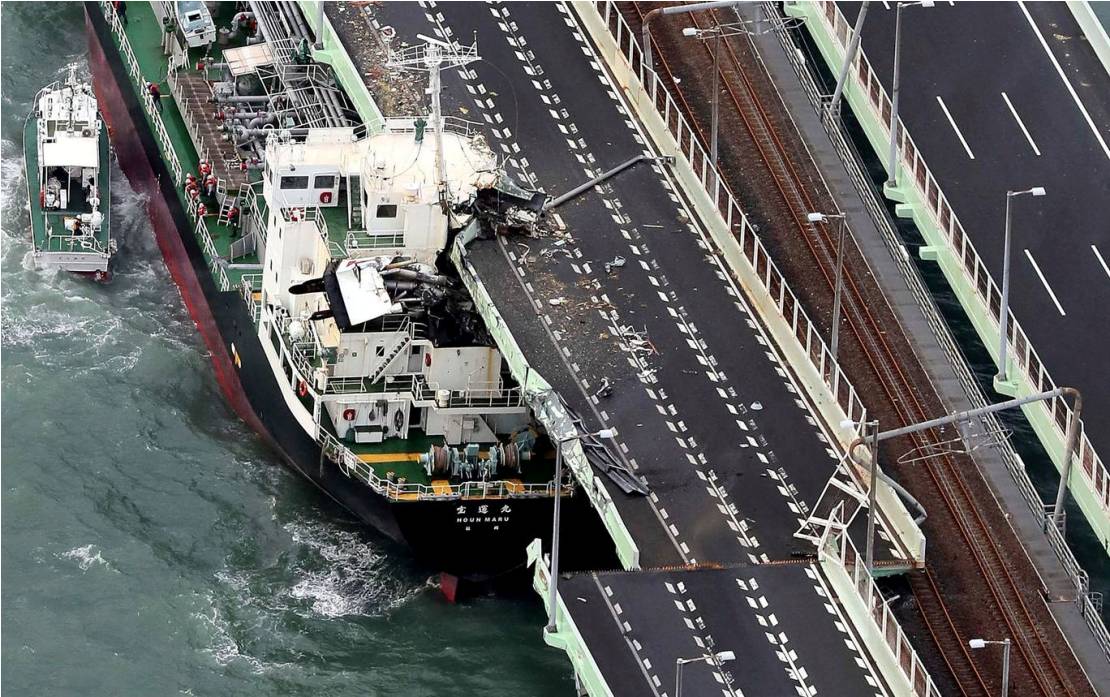 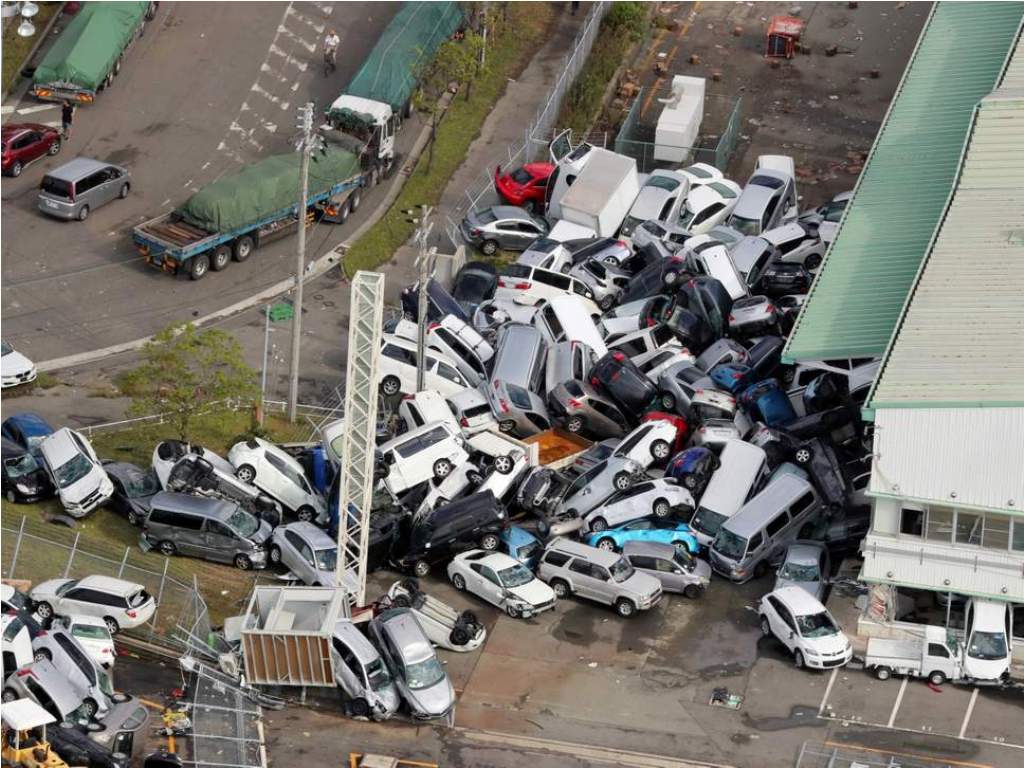 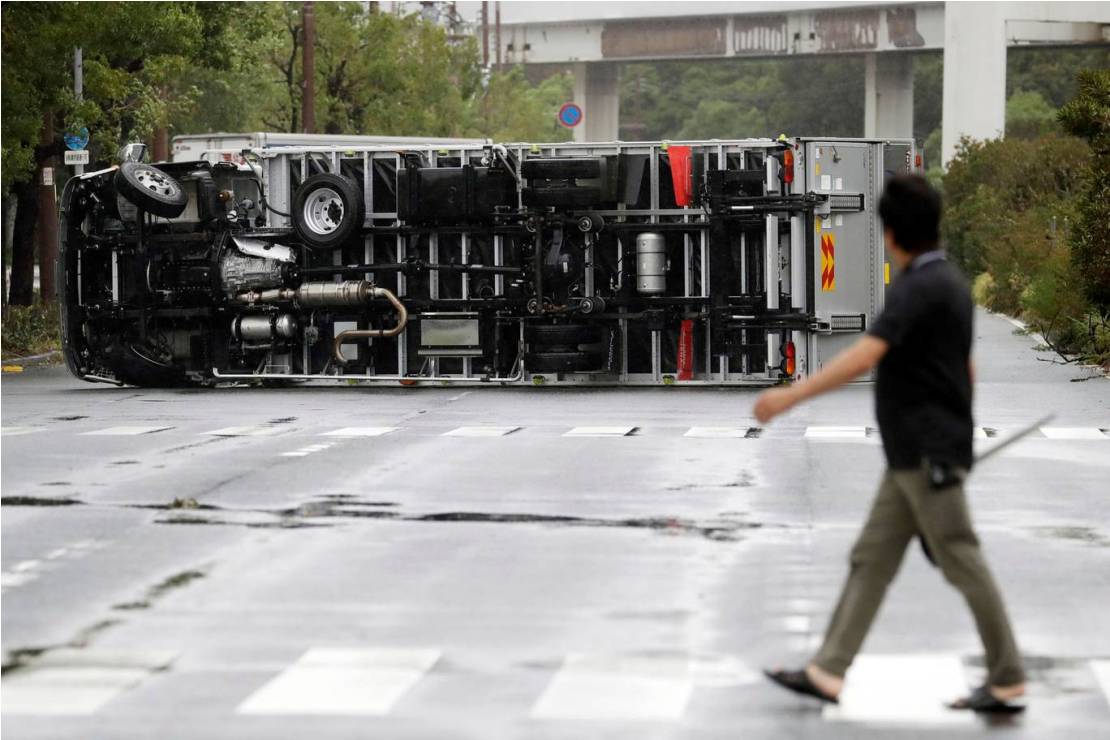 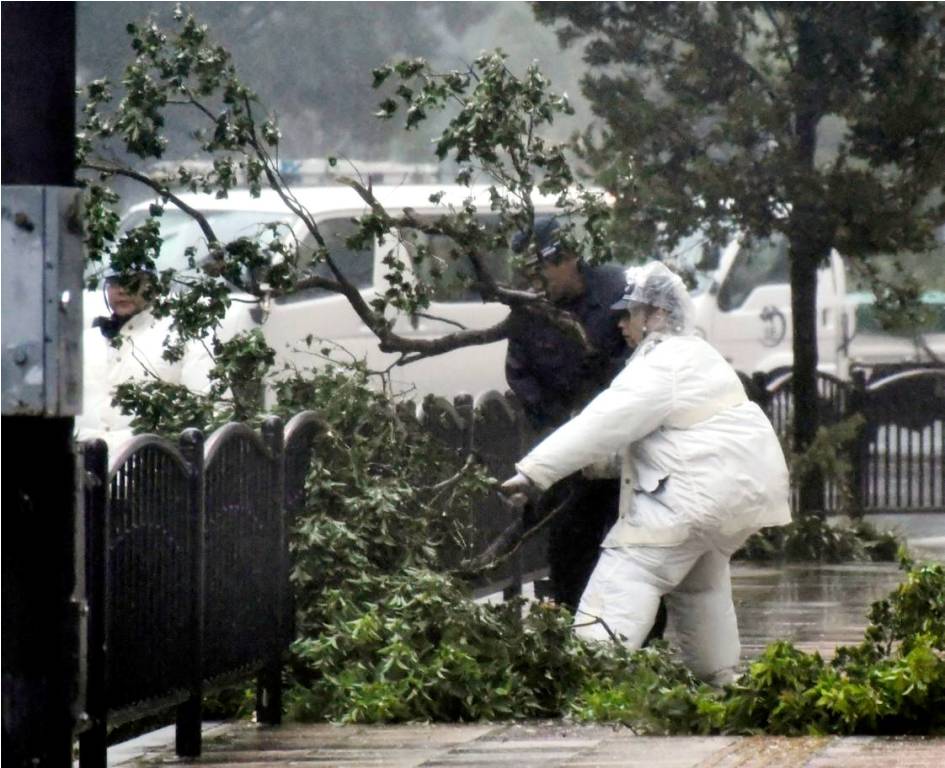 TOKYO, Oct 26: The death toll from torrential rains that caused flooding and mudslides in eastern Japan reached 10 on... Read More...