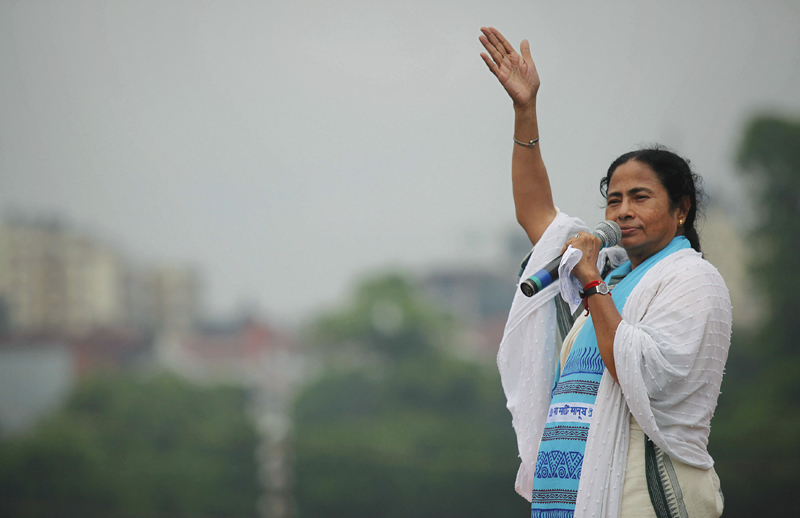 Please do not tell me smaller countries are in no position to protect themselves and to look after their own interests.

We have become a joke that’s going viral.

Closer home, relations between the so-called Fire-breathing Dragon and the Cuddly Elephant are at their worst. Near the Sikkim sector, they are training their guns at each other over a territorial dispute. Going by the rhetoric, the situation will not calm down anytime soon, it appears.

As a neighbor of both the giants, we should be wary. As a neighbor, we should do our bit to help deescalate the situation. As a neighbor, we should prepare ourselves for possible fallout of such a conflict. Whoever said we should be a dynamic bridge between the giant economies should not act like a defused dynamite at a time of this unprecedented crisis, which has the potential to engulf this relatively peaceful neighborhood into a war—both covert and overt—involving not only the two disputants, but their allies too.

Why? Because increased hostilities between the two giants has never been and will never be good for us. Here’s an example.

The year was 1962. Indian Prime Minister Jawaharlal Nehru’s bhai bhai (brothers, India and China) had become arch enemies, engaging in a war over a boundary dispute. It did not take Chinese People’s Liberation Army that long to defeat Indian forces. Aware of this gloomy scenario, a witty Nehru is said to have declared through All India Radio: Hamare fauj bahadurike saath pichhe hat rahein hein (“Our troops are retreating bravely!”).
This defeat, according to some historical accounts, took a toll on Nehru’s health, though the likes of Rajiv Dixit disagree. He reportedly had paralysis, which ultimately took his life.
Nepal was not a party to the war, but it had to pay its price by losing a swathe of its territory of strategic importance.

Reports suggest that a section of the retreating Indian forces arrived at the Kalapani-Limpiyadhura region of Nepal—experts argue that historical documents show the region lies in Nepal—while Nepal’s ruling elite kept mum. Emboldened by the silence of the ‘nationalist’ king Mahendra and leaders opposing his tyrannical regime with generous backing from the democratic force, Indian troops fortified their presence in the area, apparently to keep a watch on China. At present, they have a base there. Thus, the boxer that got a KO from its opponent dealt us a blow while we were watching the big match, uncomfortably. No dharma, no Panchsheel came to the rescue of a country ill-prepared to deal with increased hostilities in its neighborhood.

That increased hostilities between our neighbors are not in our interest is only part of the lesson that history has tried hard to teach us, in vain.

History seems to have also taught us that increased bonhomie between our two ‘brothers’ does not bring us windfall! This is, most probably, because we lack diplomatic skills to survive and thrive in a world order that has never been friendly to weaker, smaller countries. This is, most probably, because of lack of our institutional capacity. This is probably because of the utter lack of our defense capabilities.

Please do not tell yours truly here that smaller countries are in no position to protect themselves and their interests. Just remember that Israel continues to exist among the giants, so does Singapore and so do many other small countries, with pride. And do not forget that sons of this soil continue to guard some of the most treacherous, most hostile territories in the world.

Visionaries, who want to turn this yam between two boulders into a vibrant bridge after turning it into a dynamite of sorts, have every right to disagree with me. I will be the happiest if I am proved wrong.

Nonetheless, let me make my point.

May 15, 2015. Again, in a blatant violation of Nepal’s sovereignty, India and China enter into a 41-point deal, agreeing, among other things, to expand border trade through Lipu-Lek Pass. As expected, the news made headlines, experts lambasted the move, lawmakers took then Sushil Koirala government to task over this development and leftist strains of Nepali politics protested the deal, but nothing changed in the end.

After cycles of ‘revolutions’, a country shaken by the mega quake of 2015 and prolonged political instability has arrived at this point in time. At this point, Darjeeling is burning with Nepali-speaking people aspiring for a separate Gorkhaland state coming under a brutal suppression from the West Bengal government. Amid spiraling unrest, Chief Minister of the State, Mamata Banerjee, has pointed that ‘foreign involvement’ is fuelling the protests.

Who is that foreign force fuelling unrest in Darjeeling? Is Banerjee pointing finger at Nepal? If so, Banerjee must be very far from reality vis-à-vis historic ties between Nepal and Darjeeling.

Let yours truly enlighten Banerjee as to the situation in this country. Nepal is not what it used to be. As pointed earlier, a decades-long political instability (I don’t want to delve into the details, like some factors behind the instability, because they may make you uncomfortable) and the mega quake have this country in a coma. Down south, things are not hunky-dory.

There, fires of varying intensity are burning. As if they were not enough, swathes of flatlands are going under floodwater (again, yours truly doesn’t want to get into the cause of this inundation, for that may make you uncomfortable).

While the country is caught between massive seas of fire and water, its prime minister is trying hard to answer some difficult questions—yakshya prashnas—at some high-profile discussion program (mind you, this is no spelling-bee competition, so he has to be there. It’s a do or die battle for him).

For him, answering those questions are far more important than dealing with multiple crises. You know CM Banerjee, a true Gorkhali never says no to intellectual discussions, even when his house is burning and his utmost duty is to put out that fire.

You still think we are that foreign force fuelling unrest and giving you a hard time, CM Banerjee? If so, you must be living in fool’s paradise.

My both eyes were opened as windows of paradise But I was unable to see its beauty through it I... Read More...

From the traditional Khapses to the intricate pizzas, one can find an assortment of dishes that justify their culinary preferences.... Read More...

CIAA files case against x-IRD chief Sharma, two others for revenue leakage worth over Rs 1 billion
16 hours ago

Three killed as landslide damages a house
22 hours ago