In fearless pursuit of her dreams 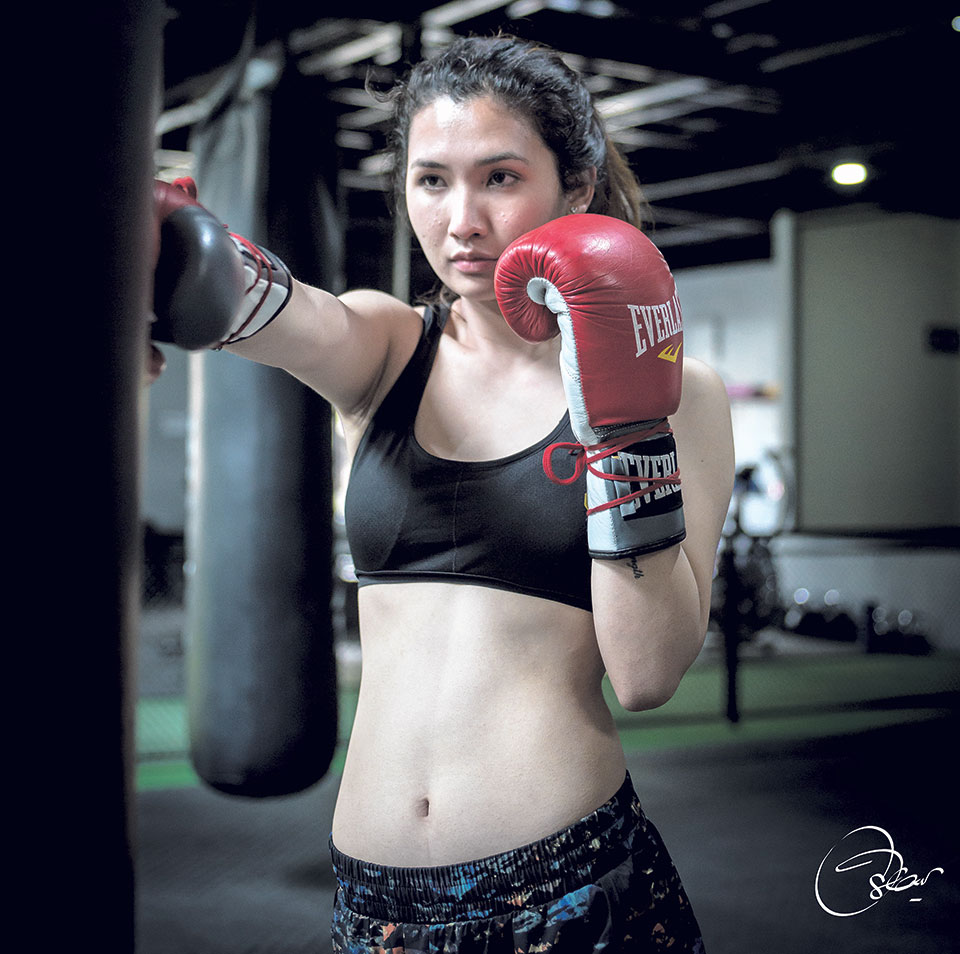 Dawa Gyalwa has always been an athletic person. Even without prior practice, she used to ace almost every single category during sporting events at school. Right now, the 20-year-old runner is gearing up for the national selections. And with her track record, we bet she will go on to become one of the top athletes in Nepal.

The Week’s Anweiti Upadhyay caught up with this promising and ambitious young woman to talk about why she runs and how she plans to go about making a name for herself in sports.

You mentioned that you played everything from basketball to volleyball back in school. Why then did you take up running as your main sport?

I wasn’t playing professionally when I was in school. So, I could focus equally on different games. But if I want to get selected for the nationals, I have to choose one sport and I decided to go with running. It’s partly because that is my strongest skill and partly because it’s an action that is quite meaningful to me as well. My mother fractured her foot when she was 18 years old and that fracture changed her entire life. Even now, she can’t work it properly. It is perhaps this that made me gravitate towards running. I want to do her proud.

You recently secured second position in the 10-kilometer duathlon in the 11th LA Cup. What was that like?

That was an unreal experience. The training period for the duathlon had started about a week before the competition day and, during those training sessions, the participants were instructed on so many things including the correct path for the duathlon. I registered for the competition at 10 pm a day before it actually took place and missed out on all the training. A professional cyclist won the duathlon and I’m not mad at rounding up as the first runner up. Four kilometers of it was running, and the remaining six was cycling and I hadn’t touched a bicycle for at least five years at that point. So my performance wasn’t exactly terrible. With practice and training, there’s a lot I hope to accomplish in the future.

Talking about training, what’s that like? Do you also have to follow any kind of special diet plan while at it?

I train every morning at the Dasarath Rangasala Stadium. Some veteran national athletes train us there and it is quite extensive and rigorous. Other than that, I go out on runs by myself too and visit the gym every once in a while. I haven’t been out on runs lately because of my exams and I’m already coming down with these back pains so I know I have to get back on track soon. As far as diet plans are concerned, I don’t really believe in that and since I haven’t suffered because of my eating habits till date, I believe I’m good with whatever I’m doing. But I must confess my favorite meal is dal-bhat and I think it’s because of this healthy Nepali diet of dal-bhat that I have the energy to power through any sporting event.

I don’t really have a lot of free time right now. I’m an architecture student at Nepal Engineering College. I’m also a freelance model and manage an Instagram store – Kathmandu Closet – all by myself. Between all of this and my usual running practice, I don’t have a lot of leisure time to pursue different things. But I love listening to music and Ed Sheeran seems to rule my playlist these days. Also, I’m quite big on traveling and, if I get even a single day off, I set out to travel to at least some nearby sites on the outskirts of Kathmandu.

Can you give us a rundown on your future plans?

Getting through the upcoming national level selections is my primary focus right now. I missed out on two previous national level selections because I was busy with college during those times but I will make sure I’m free for this one. I also want to join either the police force or the army after my bachelors through the technical side, the architectural and medical side. I want to work my way up the ranks to a point where I will be able to financially support my parents for the rest of their lives. At the same time, I also want to cater to my athletic side to the best of my ability. After participating in national events, I want to represent Nepal in various international tournaments as well and bring home some medals.

Souls of My City: In pursuit of her military dreams

“People of my age are seen traveling, continuing their studies and I am here working and having fun in my... Read More...

Rainfall likely to continue for three more days
57 minutes ago