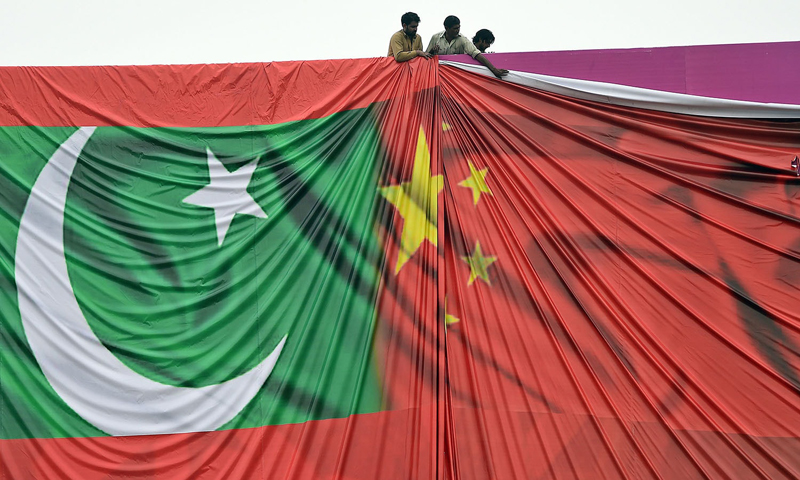 As India is opposed to China’s BRI and has its own connectivity modality, it could never agree to Nepal’s trilateral cooperation idea.

The government of Nepal signed up for China’s Belt and Road Initiative (BRI) on May 12, exactly two days before the commencement of the high-profile BRI conference in Beijing (on May 14 and 15). There is a feeling in certain quarters that this agreement would help Nepal reduce its dependence on India, which in turn could be a step towards balancing the country’s relations with India and China. On the other hand, it is also feared that Nepal could be pushed deeper into China’s orbit as the BRI has a neo-colonist design.

As per media reports, China under the BRI would help Nepal develop Cross-Border Economic Zones and upgrade the Rasuwagadhi-Syaphrubesi road for trade purposes. Expectations are high that China could expand its railways deeper into Nepali territory and connect Kathmandu, Pokhara and even Lumbini near the Indo-Nepal border, soon after the Chinese railway reaches Nepal-China border in 2020. It is also assumed that Nepal would be connected with China through optical fibres under the same BRI.

In South Asia, all the countries other than India and Bhutan signed up for China’s BRI. These are the only countries in this region that boycotted the BRI conference in Beijing, which otherwise saw the participation of over 60 countries.

India’s opposition to China’s BRI is not altogether unjustified. For one, Beijing never tried to understand India’s sensitivities. New Delhi was not consulted by Beijing while it set BRI’s objectives and financial arrangements. Most important, the China-Pakistan Economic Corridor (CPEC), which is China’s flagship project under BRI, passes through Pakistan-occupied Kashmir, which India claims to be its territory.

It is often assumed that BRI is a colonial enterprise because it saddles countries with big debts. Once a country falls into the debt trap, it becomes difficult for it to emerge from it. On account of higher interest rates China charges, countries like Sri Lanka and Pakistan have fallen into huge debts.

Because of the lack of openness and transparency in the operations of BRI, some of those countries that initially joined BRI enthusiastically and received loans for their ports and highway projects are now realizing their mistakes. The case of Hambantota port is Sri Lanka is a glaring example. This project saddled the island country with a mammoth debt of $8 billion. Pakistan’s debt crisis is also looming large on the account of CPEC.
We must remember that it is the state-owned companies of China that execute BRI projects. But the images of those companies are often questionable for the way they try to politically influence leaders and even foreign policy of concerned countries. Such practices are more common in poor countries that receive loans for connectivity projects without thinking much about their implications.

As these harsh realities are slowly coming to the fore, Laos wants to renegotiate its rail project with China. Myanmar is also in the process of renegotiating certain projects. The European Union has conducted an investigation in the proposed high-speed Belgrade-Budapest railway even before construction begins.

In such a situation, China has reasons to be disappointed after India boycotted BRI conference in Beijing. India matters a lot for China as it is on the verge of emerging as one of the global powers. India is the fastest growing economy in the world, with a middle-class population of over 300 million and a huge youth population, who are also a source of cheap labor.
There could also be apprehension in China if it loses potential benefits of penetrating the sizable Indian markets. What would happen if India takes a hard stand and reduces its imports from China and that too at a time when economic growth in China has been slowest in last quarter century? In 2015-16, India had a huge trade deficit with China, to the extent of US $52.7, which accounted for 41 percent of India’s total trade deficit of $130 billion.

The Rashtriya Swayamsevak Sangh, the main pillar of the ruling Bharatiya Janata Party in India, has started putting pressure on the Indian government to adopt an assertive policy towards China. The Muslim Rashtriya Manch, one of the constituents of the Sangh family, has even raised a new issue in regard to Kailash Mansarovar, the world-famous Hindu pilgrimage center in Tibet.

Another outfit of the Sangh family, Swadesh Jagran Manch, has launched a campaign to boycott Chinese goods in India. The Manch wants the government to enact ‘Buy Bharatiya Act’ to make it mandatory for the government and its departments to buy goods produced in India alone. During the last Diwali in India, it was under the influence of social media that the Indians boycotted Chinese goods on a massive scale.

More than that, India has its own policies that run in parallel to BRI and which support connectivity projects in South Asia, South East Asia, Africa and other regions. India has important projects in Myanmar and Bangladesh for the development of multimodal linkages. With Iran, India has a strategic project for the construction of Chabahar Port.

Coming to the significance of BRI in Nepal’s context, it is not known if Nepal government shared the experience of other poor debt-laden countries before signing the agreement with China. The agreement was signed in haste without any basic homework on the terms and conditions of BRI. As such, not much information is available on the projects that are to be undertaken under it. There is no transparency with regard to the rate of interest and to the ratio between loans and grants under BRI projects.

More than that, the connectivity projects that could possibly be developed under BRI might have proved more meaningful was there any realistic prospect of trilateral cooperation between China, Nepal and India. But as India is opposed to China’s BRI and as it has its own alternative modality for connectivity cooperation with neighboring and other countries, India could never agree to such trilateral cooperation idea. In such a situation, Chinese investment in connectivity projects here will only add to Nepal’s debt and prove a big burden for the country.

KATHMANDU, Sep 24: Instead of working as watchdogs over the government, the parliamentary committees have become loyal to it and favor... Read More...

KATHMANDU, Sept 10: Awards motivate most of the artists in the world as they are the reorganization of one’s hard work... Read More...