In defense of globalization 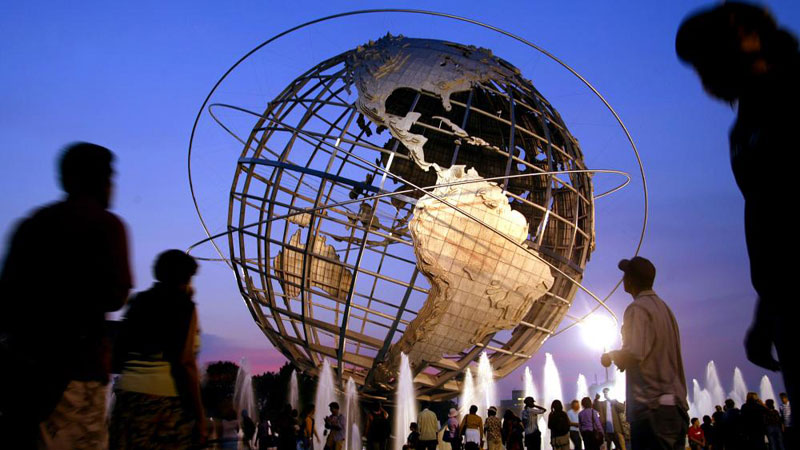 Economic inequality among countries has declined sharply in past 20 years, partly due to China’s rise
I was recently in beautiful Chile for a Futures Congress, and I had a chance to travel south to the very tip of Latin America. I also recently made a BBC radio documentary called “Fixing Globalization,” in which I crisscrossed the United Kingdom in search of ideas for improving certain aspects of it and discussed topical issues with well-known experts. In both cases, I saw things that convinced me that it is past time for someone to come to globalization’s defense.

Chile today is Latin America’s richest country, with per capita GDP of around US $23,000—similar to that of Central European countries. This is quite an achievement for a country that depends so heavily on copper production, and it sets Chile apart from many of its neighbors. Like many other countries, Chile is facing economic challenges, and its growth rate leaves something to be desired; but it also has many promising opportunities beyond its borders.

For example, when I led a review on antimicrobial resistance, I learned that copper has powerful antibacterial properties and is an ideal material for use in health-care facilities where bacteria often spread. This means that copper producers such as Chile, Australia, and Canada can improve global health—and boost exports—by introducing affordable copper infrastructure into hospitals and other clinical settings around the world.

Chile is also a storehouse of knowledge for managing earthquakes and tsunamis. While I was there, I visited La Serena, which in 2015 experienced the sixth-strongest earthquake ever recorded. But the ensuing tsunami killed only 11 people, though it surely would have killed far more in many other places. Chilean officials’ advanced preparation and rapid response seems to have made the difference. With so much institutional experience, Chile can be a valuable resource for other countries threatened by seismic events.

La Serena is also near one of the world’s best stargazing sites, which attracts leading astronomers from around the globe. In fact, Chile hosts much remarkable collaboration among the world’s scientists, in part because it is just north of the Antarctic—long a site for scientific and environmental cooperation.

Beyond Chile, it is interesting that Chinese President Xi Jinping is attending the World Economic Forum’s Annual Meeting in Davos this year. Now that Donald Trump has been elected President of the United States, and the United Kingdom is withdrawing from the European Union, I had assumed that such an elitist event’s glory days were behind it. Xi’s presence suggests that China is exploring where it can position itself on the world stage, and which elements of globalization it can harness to its advantage, now that Western powers are turning inward.

Indeed, as the Chinese ambassador to the UK pointed out on my radio program, China is already the largest importer—yes, importer—for at least 70 countries, and accounts for about 10-11 percent of all imports globally. Despite its supposed economic challenges, China will likely be a bigger importer than the EU before this decade is over, and it will probably surpass the US soon thereafter.

Moreover, economic inequality among countries has declined sharply in the past 20 years, owing partly to China’s rise, as well as to economic development across Asia, Latin America, and elsewhere. In fact, by 2010, the United Nations had already achieved its Millennium Development Goal of halving poverty by 2015, and recent projections suggest that, by 2050, poverty will be eradicated everywhere except Africa.

This will not happen without globalization. African countries, in particular, will need to trade more with one another, and there is talk of creating an African free-trade area. But this could prove difficult now that anti-trade sentiment is on the rise. Are globalization’s critics—those who wrongly consider it a zero-sum game—against eradicating global poverty?

Policymakers can take action to alleviate anxieties about globalization. For starters, the seemingly endless growth of profits as a share of global GDP must stop. Anyone who thinks this sounds radical needs to brush up on economics. Higher profits should attract new market entrants, which would then erode incumbents’ profits through competition.

The fact that this isn’t happening suggests that some markets have been rigged, or have simply failed. Policymakers need to address this with stronger regulation in some areas. For example, as I have previously argued, the current climate is far too permissive of share-repurchase programs.

At the same time, policymakers need to pursue measures to increases wages for the lowest earners, which could actually help boost productivity as capital becomes less expensive relative to labor. And, as World Bank President Jim Yong Kim recently pointed out to me, we need to strengthen enforcement of laws governing trade deals, and do more to help challenged domestic sectors that lose out as a result of those deals.

This reminds me of a sad story I heard from some laid-off Goodyear Tire workers in Wolverhampton, in England’s West Midlands. They told me that job listings for their lost positions were posted on a notice board, and they could re-apply for them if they wanted to move to Mexico. The workers surmised that it was easier for the company to close its factory in the UK than to close even less productive factories in France or Germany.

Lastly, policymakers need to prioritize development projects such as the UK’s “northern powerhouse” and “Midlands engine.” And more such initiatives should be launched elsewhere.

Despite the many challenges it has created, globalization has made the world a better place than it otherwise would have been. And we still need it to eradicate poverty and generate higher living standards for all.

KATHMANDU, March 14: Minister of Defense and State Councilor of the People’s Republic of China Chang Wanquan will start an... Read More...