In defense of Fed 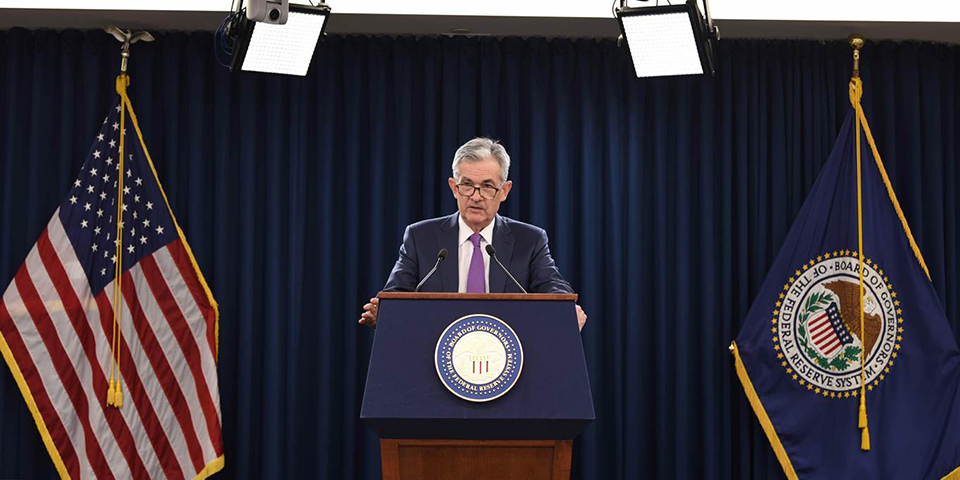 Notwithstanding rumored unconstitutional threats from the president, Fed should be congratulated for its steadfast commitment to policy “normalization”

NEW HAVEN – I have not been a fan of the policies of the US Federal Reserve for many years. Despite great personal fondness for my first employer, and appreciation of all that working there gave me in terms of professional training and intellectual stimulation, the Fed had lost its way. From bubble to bubble, from crisis to crisis, there were increasingly compelling reasons to question the Fed’s stewardship of the US economy.

That now appears to be changing. Notwithstanding howls of protest from market participants and rumored unconstitutional threats from an unhinged US president, the Fed should be congratulated for its steadfast commitment to policy “normalization.” It is finally confronting the beast that former Fed Chairman Alan Greenspan unleashed over 30 years ago: the “Greenspan put” that provided asymmetric support to financial markets by easing policy aggressively during periods of market distress while condoning froth during upswings.

Since the October 19, 1987 stock-market crash, investors have learned to count on the Fed’s unfailing support, which was justified as being consistent with what is widely viewed as the anchor of its dual mandate: price stability. With inflation as measured by the Consumer Price Index averaging a mandate-compliant 2.1 percent in the 20-year period ending in 2017, the Fed was, in effect, liberated to go for growth.

And so it did. But the problem with the growth gambit is that it was built on the quicksand of an increasingly asset-dependent and ultimately bubble- and crisis-prone US economy.

Greenspan, as a market-focused disciple of Ayn Rand, set this trap. Drawing comfort from his tactical successes in addressing the 1987 crash, he upped the ante in the late 1990s, arguing that the dot-com bubble reflected a new paradigm of productivity-led growth in the US. Then, in the early 2000s, he committed a far more serious blunder, insisting that a credit-fueled housing bubble, inflated by “innovative” financial products, posed no threat to the US economy’s fundamentals. As one error compounded the other, the asset-dependent economy took on a life of its own.

As the Fed’s leadership passed to Ben Bernanke in 2006, market-friendly monetary policy entered an even braver new era. The bursting of the Greenspan housing bubble triggered a financial crisis and recession the likes of which had not been seen since the 1930s. As an academic expert on the Great Depression, Bernanke had argued that the Fed was to blame back then. As Fed Chair, he quickly put his theories to the test as America stared into another abyss. Alas, there was a serious complication: with interest rates already low, the Fed had little leeway to ease monetary policy with traditional tools. So it had to invent a new tool: liquidity injections from its balance sheet through unprecedented asset purchases.

The experiment, now known as quantitative easing, was a success—or so we thought. But the Fed mistakenly believed that what worked for markets in distress would also spur meaningful recovery in the real economy. It raised the stakes with additional rounds of quantitative easing, QE2 and QE3, but real GDP growth remained stuck at around two percent  from 2010 through 2017—half the norm of past recoveries. Moreover, just as it did when the dot-com bubble burst in 2000, the Fed kept monetary policy highly accommodative well into the post-crisis expansion. In both cases, when the Fed finally began to normalize, it did so slowly, thereby continuing to fuel market froth.

Here, too, the Fed’s tactics owe their origins to Bernanke’s academic work. With his colleague Mark Gertler of NYU, he argued that while monetary policy was far too blunt an instrument to prevent asset-bubbles, the Fed’s tools were far more effective in cleaning up the mess after they burst. And what a mess there was! As Fed governor in the early 2000s, Bernanke maintained that this approach was needed to avoid the pitfalls of Japanese-like deflation. Greenspan concurred with his famous “mission accomplished” speech in 2004. And as Fed Chair in the late 2000s, Bernanke doubled down on this strategy.

For financial markets, this was nirvana. The Fed had investors’ backs on the downside and, with inflation under control, would do little to constrain the upside. The resulting “wealth effects” of asset appreciation became an important source of growth in the real economy. Not only was there the psychological boost that comes from feeling richer, but also the realization of capital gains from an equity bubble and the direct extraction of wealth from the housing bubble through a profusion of secondary mortgages and home equity loans. And, of course, in the early 2000s, the Fed’s easy-money bias spawned a monstrous credit bubble, which subsidized the leveraged monetization of housing-market froth.

And so it went, from bubble to bubble. The more the real economy became dependent on the asset economy, the tougher it became for the Fed to break the daisy chain. Until now. Predictably, the current equity market rout has left many aghast that the Fed would dare continue its current normalization campaign. That criticism is ill-founded. It’s not that the Fed is simply replenishing its arsenal for the next downturn. The subtext of normalization is that economic fundamentals, not market-friendly monetary policy, will finally determine asset values.

The Fed, it is to be hoped, is finally coming clean on the perils of asset-dependent growth and the long string of financial bubbles that has done great damage to the US economy over the past 20 years. Just as Paul Volcker had the courage to tackle the Great Inflation, Jerome Powell may well be remembered for taking an equally courageous stand against the insidious perils of the Asset Economy. It is great to be a fan of the Fed again.

Stephen S. Roach, a faculty member at Yale University and former Chairman of Morgan Stanley Asia, is the author of Unbalanced: The Codependency of America and China

NEW YORK – The US Federal Reserve surprised markets recently with a large and unexpected policy change. When the Federal... Read More...