In defense of Deuba 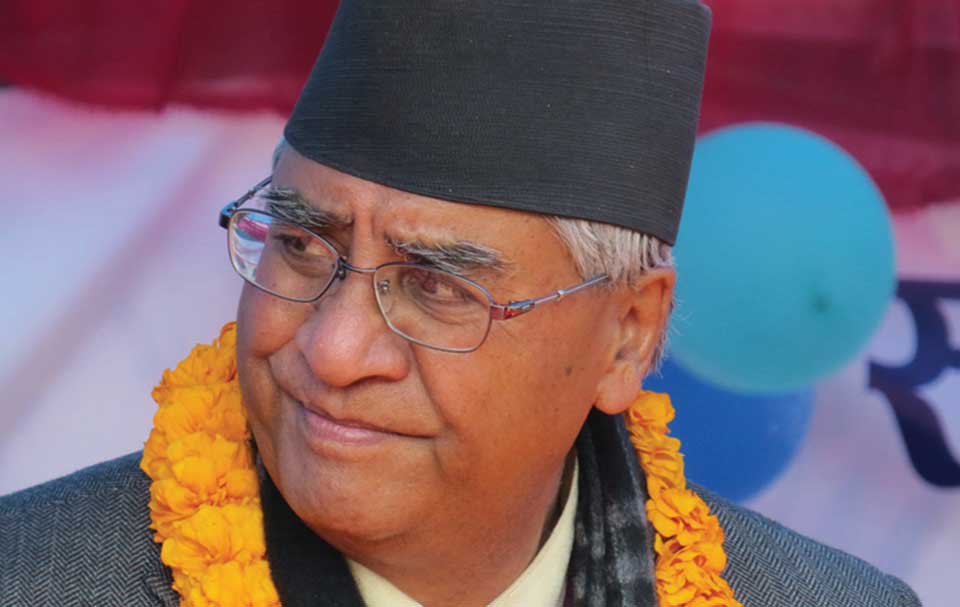 There is a popular saying in Nepali that translates as ‘anyone can outpace a deer running downhill.’ English version is far more revealing and insightful: During the times of darkness even your shadows will betray you. This applies perfectly in the case of Prime Minister and Nepali Congress president Sher Bahadur Deuba.

Having successfully held provincial and national elections, by bringing Madhesi parties on board, all credits go to Deuba for his efforts to put federal democratic republic into operation. He has also formally taken the constitution into implementation. However, having lost elections and failing to handover power, literally on a silver plate as demanded by his opponents, he is at the centre of public criticism right now.

He is accused of being pad lolup (power-hungry), disrespecting people’s verdict, hatching conspiracy against communist unity and distributing state largesse to his cronies. It is not just his detractors who are criticizing his clumsy, relaxed, go-with-the-flow style of working. His own party members, friends and well-wishers are now stabbing him from all directions.  The only person who does not criticize him at the moment could be his own better half—Aarzu Rana Deuba. Or who knows she too may be nagging him in private.

It must have been shameful for Ms Deuba, who is known more as a gender activist than a political figure, to be defeated by a polygamous communist opponent, while the UN was marking 16 days of activism against violence against women. What an irony.
Someone commented on Deuba’s living paradox recently: “As a prime minister, he is very much successful but as a party president, he is a total failure. Therefore, he should resign from party position.”

Nepal’s community of clowns, who are adept in throwing racist jokes, have thrived caricaturing his inaudible, stammering voice and style of speaking totally unsympathetic to the fact that his speech problem has to do with physical torture meted out to him during darker days of Panchayat. Others point to his poor showing at BBC Sajha Sawal without acknowledging that such programs are staged. His impeachment move against then chief justice Sushila Karki is slowly getting justified as Nava Raj Silwal continues to evade investigation on tampering of performance appraisal sheet.

Victim of betrayal
People may hate him but one thing is beyond dispute: He is a seasoned politician hardened by betrayals after betrayals from every quarter. From the very start, the Maoists betrayed him first by waging People’s War, a day ahead of their deadline in February 1996. They betrayed him again by attacking army barracks in Dang in October 2001 after failed negotiations.

Prachanda's recent betrayal does not compare with all the deceptions with which he dealt Deuba. King Gyanendra betrayed him twice labeling him as an incompetent leader. History proved monarchy more incompetent and ended the institution itself. It sometimes feels like former king Gyanendra is visiting religious shrines and temples, offering puja and prayers, to atone for his past mistakes.

Prakash Man Singh and Mirendra Rijal, who were Deuba’s most trusted insiders, changed the camp long time back. Even his right-hand man, Bimalendra Nidhi, throws tantrum, now and then.

For CPN-UML, if there is anybody to be dreaded it is Deuba, not Nepali Congress. If there is anybody who can bring CPN-UML to a size or let them bite the dust then it will be Deuba. Just watch my words. This is why UML’s single focus is on pulling down Deuba with a degree of humiliation.

Before he held the federal and provincial assembly elections, left alliance leaders including K P Oli, taunted him accusing him of hatching conspiracy against democracy, seeking to defer or delay elections, so much so that Deuba responded to media after casting vote in Dadeldhura: Oli must still be saying I will postpone the polls”.
Media derided him when he said he would become the prime minister for as many as seventh times. As a matter of fact, Deuba was merely responding to Oli’s taunting of him by calling him last PM from Nepali Congress.

Morality kings
One of the several founded or unfounded accusations against PM Deuba has been that he has not bothered to resign on moral grounds even while facing shameful defeat. He is buying time to remain in power for couple of months so that state largesse can be distributed to his loyalists, his opponents argue.

This argument is as much invalid. One should recall the degree of pushing and pulling required in ousting Oli from power in 2016. Forget Oli, more than dozen Maoist ministers stayed in the cabinet even after they were demoted to ‘ministers without portfolio’ posts. They demonstrated their ‘morality’ nearly after three months.

They invented one excuse after other to hang on to power. First they said they stayed in the cabinet to ensure elections. When elections were held, they started to say their resignation would be irrelevant since the government has already become “a care taker” one. Now, they are shamelessly accusing Deuba of delaying transfer of powers and misusing state resources.

Once, a broadsheet daily ran a cartoon depicting typical Maoist morality. A Maoist cadre is digging the ground looking for something lost. He inquires a passer-by: “Did you see anybody stealing looted gold that we had buried here?”
It reeks of hypocrisy when Maoist leaders talk about morality.

Why resign?
Deuba has already informed the public that he is as much eager to handover power as CPN-UML is desperate to take over. He is simply waiting to complete all phases of elections, including that of Upper House. Communist fans who demand his unconditional resignation should ask: Had Baburam Bhattarai ever resigned from his position on moral ground?

Why should Deuba resign to pave the path for another government? Media reports why and how Deuba is hanging on to power but there is little explanation on impatience of the left alliance to get into power. Why are they so impatient to get into power without giving a complete shape to the federal parliament? Or they knew of the procedural delays in advance? If they are so much desperate, why are not they helping to speed up the process?

As for Deuba misusing state funds, let us wait until Oligarchy returns. I want to be proven wrong but he might outsmart Deuba even in this.

BEIJING March 4: China says its defense budget will rise by about 7 percent in 2017, continuing a trend of... Read More...