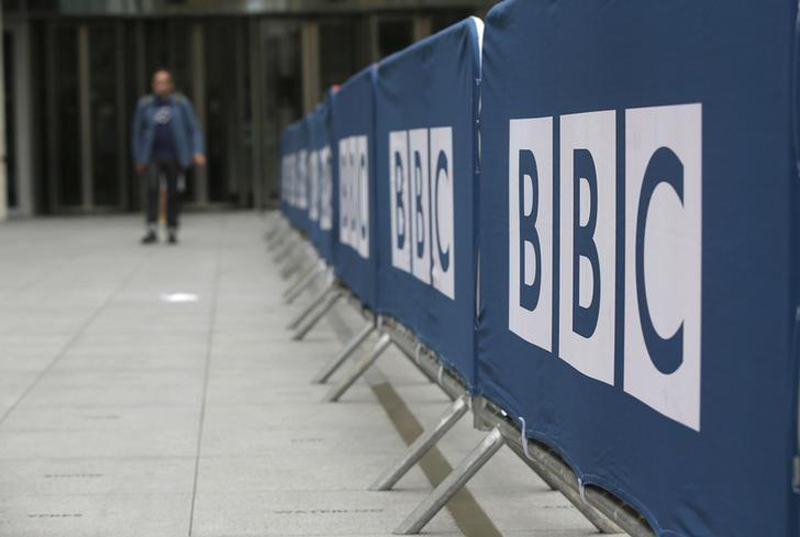 Barriers near to the main entrance of the BBC headquarters and studios in Portland Place, London, Britain, July 16, 2015. REUTERS/Peter Nicholls

LONDON, Nov 16: The BBC said on Wednesday that its World Service will begin broadcasting in 11 additional languages in a drive to reach millions more people, including in places like North Korea where impartial news is hard to get.

The World Service started out in 1932 as a radio channel for English-speakers in the British empire but has morphed over time into a highly respected provider of news to global audiences. It already broadcasts in 29 languages, reaching an estimated 246 million people around the world every week.

The expansion is a result of a funding injection of 289 million pounds ($360 million) until 2020 announced by the government last year. The boost reversed a previous decision to cut World Service funding and was part of a broader strategy to increase Britain's 'soft power'.

"This is a historic day for the BBC, as we announce the biggest expansion of the World Service since the 1940s," said BBC Director General Tony Hall. "The BBC World Service is a jewel in the crown - for the BBC and for Britain."

Fran Unsworth, director of the World Service, said the new funding from government would have no impact on the service's independence. "Where the money comes from is irrelevant," she said in an interview on BBC Radio 4.

"The World Service is going to do what it's always done, go over the heads of government providing a service directly to citizens of the world," she said.

The additional African languages will be Afaan Oromo and Amharic, spoken in Ethiopia and other countries, Tigrinya, the main language of Eritrea, and Nigerian languages Igbo, Yoruba and Pidgin, also spoken in other West African countries.

The World Service will also add Indian languages Gujarati, Marathi and Telugu, as well as Punjabi which is widely spoken in Pakistan and parts of India, and Korean, spoken in both North and South Korea.

The expansion will mean more journalists on the ground in locations around the world.

The BBC will also extend its news bulletins in Russian, with regionalised versions for surrounding countries, and add regional programming in Arabic and short-wave and medium-wave radio programs aimed at audiences in the Korean peninsula.

"We do believe that there is an opportunity for North Koreans to have access to free and independent and impartial information," said Unsworth.

She said BBC Monitoring, a service that keeps track of stories published or broadcast by other media around the world, had reported this week that most North Koreans did not know Donald Trump had won the U.S. presidential election.

The BBC as a whole reaches a weekly global audience of 348 million people. Hall has set a target for it to reach 500 million people worldwide by its centenary in 2022.

WASHINGTON, Oct 7: South Asia can become the next manufacturing and export powerhouse if it increases the competitiveness, according to a... Read More...

Fire breaks out in Fusre of Dharan
10 hours ago