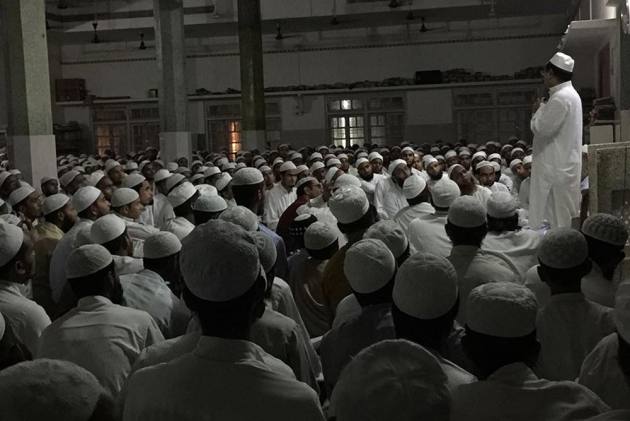 ASSAM, Sept 9: The Muslim community in Assam is slowly warming up to family planning methods Muslims constitute nearly 35 per cent of Assam’s 33 million people and the high birth rate among the community is a major source of friction over the state’s most volatile issue—undocumented immigrants, especially those from neighbouring Bangladesh.

Ilias Ali knows it takes a long time to change the attitude of people deeply rooted in religious dogma and age-old beliefs. But he didn’t give up. Not even when his family received death threats from radical Muslims in Assam who were against his efforts to popularise family planning among the community. That was in 2009. During a public programme at a health centre in Hojai, students of a madarsa staged a protest march and tried to interrupt the event. Last month, Ali—a former professor of Gauhati Medical College and Hospital—addressed an estimated 1,800 students and teachers at another madarsa in the same town in central Assam. The response this time was overwhelming; the enthusiasm of the students and teachers signaled a paradigm shift in the mindset of the community.

Muslims constitute nearly 35 per cent of Assam’s 33 million people and the high birth rate among the community is a major source of friction over the state’s most volatile issue—undocumented immigrants, especially those from neighbouring Bangladesh. The high growth rate of the Muslim population is often cited as “proof” of a demographic invasion, which nationalist organisations say is threatening the identity of the state’s indigenous people. The ongoing exercise to update the 1951 National Register of Citizens (NRC) is aimed at identifying the Indian citizens and the foreigners staying illegally.

Ali, 63, says the response at the Jamia Islamia Jalalia Madrassa is a “positive change”. “It was a pleasure to see around 1,800 students and about 70 teachers listening to me. I got positive feedback from them after my speech,” Ali says. He spoke about issues related to the environment, climate change, pollution and population control with special reference to the Quran. “I tried to make them understand how these things are inter-related. And these things are mentioned in the holy book.”

For the students, it was a new experience. “It was an eye-opener for us. I got to know so many things about science and the system. I think regular sessions would help us understand the issues better,” says Bulbul Hussain, 18.

Contraceptives are a taboo for many Muslims in Assam, where they are 35 per cent of the population. Attitudes are changing, though.

Maulana Mohammad Aziruddin, secretary of the madarsa, says they have always given importance to modern education. “We at the madarsa believe that only education can help society grow. We can fight superstitions in our society only with proper education,” Aziruddin says. Girls are not allowed in this madarsa, but Aziruddin believes that getting them educated is the only way to stop social evils such as child marriage, which is rampant among a section of Muslims. “Even birth control, we can solve it by providing education to our girls,” he adds.

Assam has more than 600 madarsas recognised and regulated by the state government. Besides, there are also 2,000-odd private madarsas, of which about 900 follow the conservative ideology and education model of the Darul Uloom in Deoband, UP. And despite the winds of change, resistance to modern family planning methods remains. Maulana Fazlul Karim Qasimi, secretary of the Jamiat Ulama-i-Hind’s Assam unit, says Islam doesn’t give much importance to science and technology but it is not against science. He insists that birth control and family planning are different issues. “Yes, it’s important but we don’t support the means of birth control with the help of technology by forcing it on individuals. We can’t support methods like operation or abortion. By behaving carefully, one can do the needful,” Qasimi says.

In 2010, an Islamic organisation issued a fatwa barring religious rites after death to more than 300 people who were sterilised in Dhubri district. In another incident in Barpeta the same year, many people who underwent vasectomy faced social boycott and were barred from prayers in mosques. There have been marches against family planning programmes and assaults on health workers. Last year, the state assembly passed a resolution that barred people with more than two children from government jobs. Critics of the BJP-led government accuse it of targeting the Muslims. Others say, it is an effective population control measure.

In a state where numbers matter, many Muslims see education as the best tool to combat the menace. “I have also started reading the Quran to counter some clerics who used to oppose my move,” Ilias Ali says.

ASSAM, Dec 26: Freshly-caught rat is at the top of the holiday menu for crowds flocking to a market in... Read More...