In an Indian village, a woman's killing and alleged rape opens caste divides 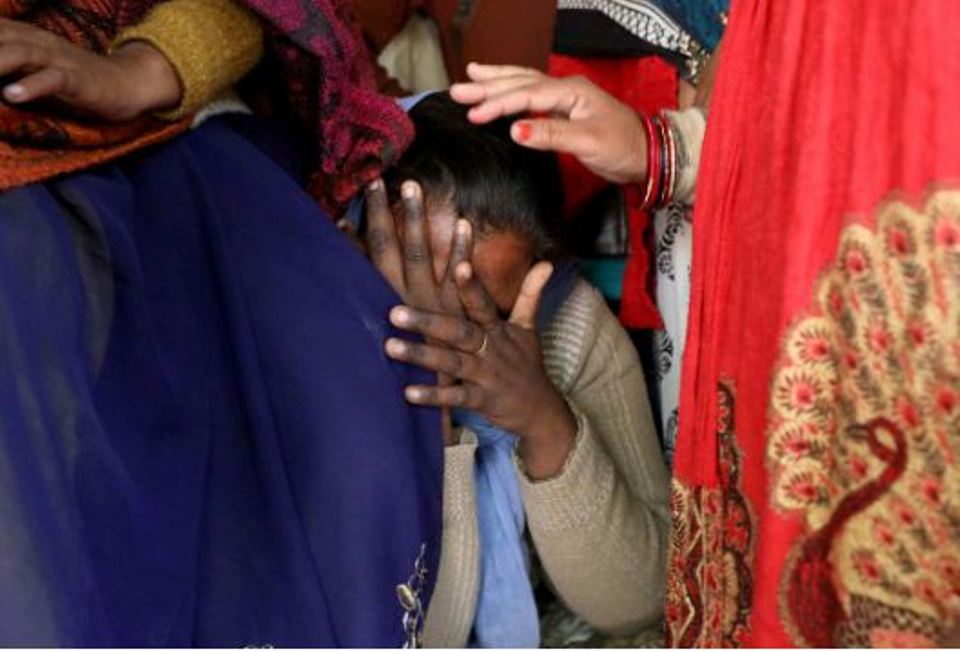 FILE PHOTO: A relative of a 23-year-old rape victim, who died in a New Delhi hospital on Friday after she was set on fire by a gang of men, which included her alleged rapists, is consoled as she mourns the death of the victim outside a house in Unnao, in the northern state of Uttar Pradesh, India December 7, 2019. REUTERS/Anushree Fadnavis/File Photo

HINDU NAGAR, INDIA, DEC 27: When the young woman limped toward shopkeeper Ravindra Prakash, pleading for help on a dark and foggy morning in the northern Indian village, her body was so charred that he thought she was a witch. He grabbed a wooden stick and tried to shoo her away.

As she came closer, under the dim light of his shop, it took Prakash a few minutes to realize she was from his village, Hindu Nagar, in India’s most populous state of Uttar Pradesh.

He called the police. In a shaky voice, the 23-year-old woman narrated her ordeal to an official on the other line. She said she had been beaten and set ablaze in nearby fields by five men from her village - including two she had accused of having raped her last year.

That morning of Dec. 5, the woman had set out early to catch a train that was due to depart around 5 am to meet her lawyer to pursue her rape case, according to her statement in a police report. After she was burned, the government ordered her moved to a hospital in New Delhi, where she succumbed to her injuries late on Dec. 6.

While her death has sparked nationwide outrage, her village stands divided over it, largely over caste lines.

The woman belonged to a lower caste of blacksmiths. The five men accused of her murder are from Hindu Nagar’s dominant landowning caste. Many upper-caste villagers defended the men and questioned the woman’s character, some dismissing her death as a love affair gone wrong. Others accused her of falsely trying to implicate the men, whose families insisted on their innocence.